Who what when where why: King’s Day | The Northern Times

Who what when where why: King’s Day

King’s Day is the biggest Dutch public party each year, but what is it all about? Why do the Dutch get so into this national holiday? Here are the basics.

Who is the king?

The current Dutch monarch is King Willem-Alexander. He became the king of the Netherlands after his mother, now princess (then queen) Beatrix, announced in January of 2013 that she would abdicate the throne.

The monarchy has officially existed since 1815: although there have been stadtholders (chief magistrates) since 1581, William I (who was actually the second William I, confusingly) was the first leader of the Kingdom of the Netherlands.

Nowadays, the royal family mainly serves a symbolic and diplomatic function, but they are actually one of the most expensive royal houses in Europe: in 2017, the family cost 41.4 million euros (roughly 2.50 euros per year per Dutch person).

What is King’s Day?

It’s a nation-wide celebration featuring open air concerts and flea markets. In honour of the royal family – the House of Orange – Dutch people deck themselves out in orange from head to toe. Villages and neighborhoods string up orange streamers and balloons, and host their own block party-versions of the national holiday.

King’s Day often means enjoying a bit of day drinking for grown-ups while browsing the goods for sale at the flea market. For kids, the flea markets are a place to try out their busking skills and set up traditional Dutch games like koekhappen (eating a piece of cake suspended on a string) and spijkerpoepen (maneuvering a nail on a string attached to your pants into a bottle) to earn a bit of money. Lots of younger Dutch folks get the party started the night before during musical performances on King’s Night.

Why is King’s Day a holiday?

The holiday was actually invented to create more goodwill for the then unpopular monarch, King William III. In 1885, the Netherlands originally began celebrating Princess’s Day as a national holiday in honour of Princess Wilhelmina. The first Princess’s Day was only celebrated in Utrecht, but by 1890, when Wilhelmina ascended the throne, the holiday’s name changed to Queen’s Day.

That was the name which the holiday held for more than a century – Wilhelmina’s daughter Juliana and granddaughter Beatrix also celebrated Queen’s Day. The current king is the first male monarch in the Netherlands since William III. Willem-Alexander was crowned in 2013, and the holiday’s name became King’s Day in 2014.

When is King’s Day?

Since 2014, this holiday has been celebrated on 27 April. But the date and the name of the holiday have changed multiple times over the past century. Between 1885 and 1980, Queen’s Day was celebrated on the birthday of the reigning queen, but when Queen Beatrix was crowned in 1980, she decided not to change the spring holiday to her actual birthday, which was on the decidedly less warm date of 31 January. Conveniently, her son Willem-Alexander’s birthday is 27 April, so moving the national party day up three days was no big deal.

Where are events happening?

Everywhere! Here & Now has compiled a list of events in Groningen and Friesland happening on King’s Night and King’s Day, and Dit is Assen has put together the events being held in Assen, so click the links below for more info. 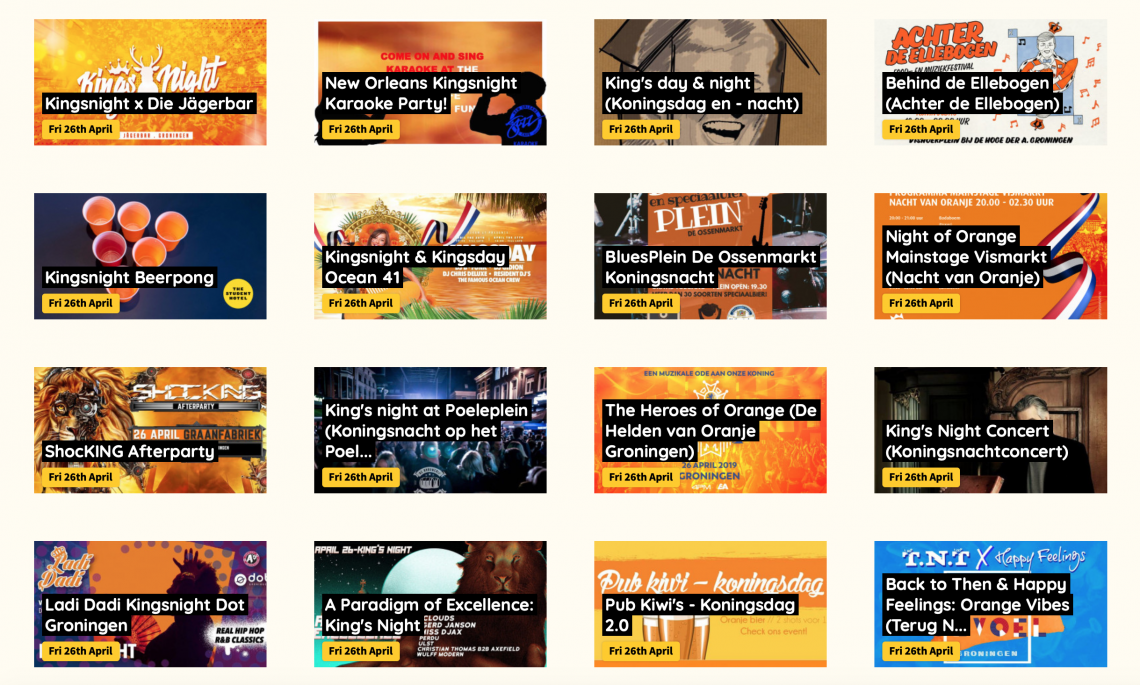 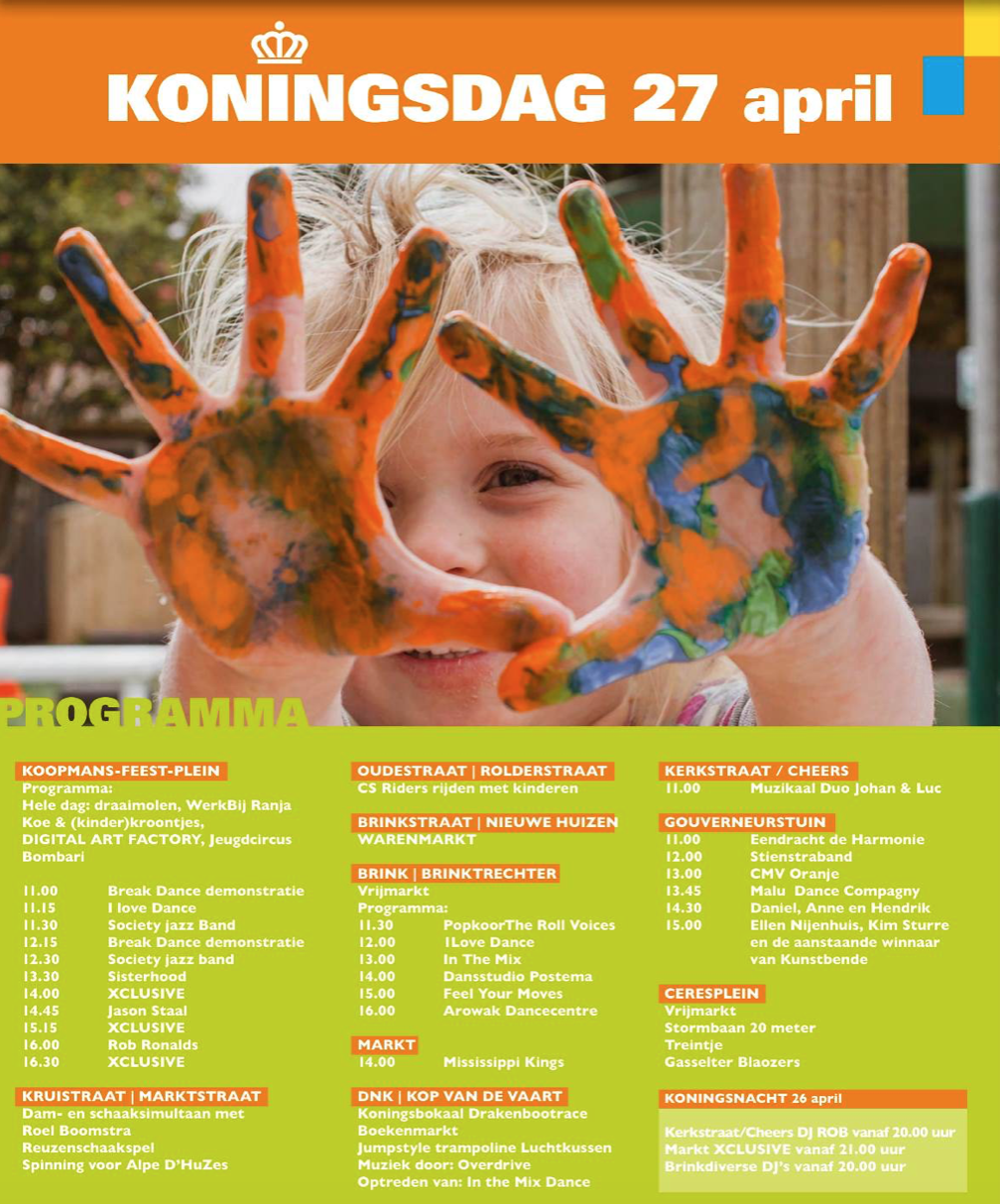 Editorial note: This story has been updated on 25 April, 2019