A version of the Groningen provincial flag which replaces its green lines with seismic waves was raised at UMCG earlier this week as a display of solidarity and compassion for the victims of ongoing induced earthquakes.

In a statement on Facebook, a representative for UMCG wrote that the regional hospital hoisted the flag on Monday in solidarity with “everyone who has been wrestling with the consequences of all the years of gas extraction in Groningen.” Many of the hospital’s patients and employees live in the earthquake zone.

“Having to live with earthquakes for years has visible and invisible consequences for people. The endless procedures, the uncertainty, the lack of safety – there are all major sources of stress for adults and children alike.”

Sikkom reports that the flag was designed by Mark van Esveld, a resident of the town of Beerta. Esveld created the new Groninger flag to draw attention to the as-yet unrepaired damage which many homes and properties have incurred over the years due to natural gas-induced earthquakes. 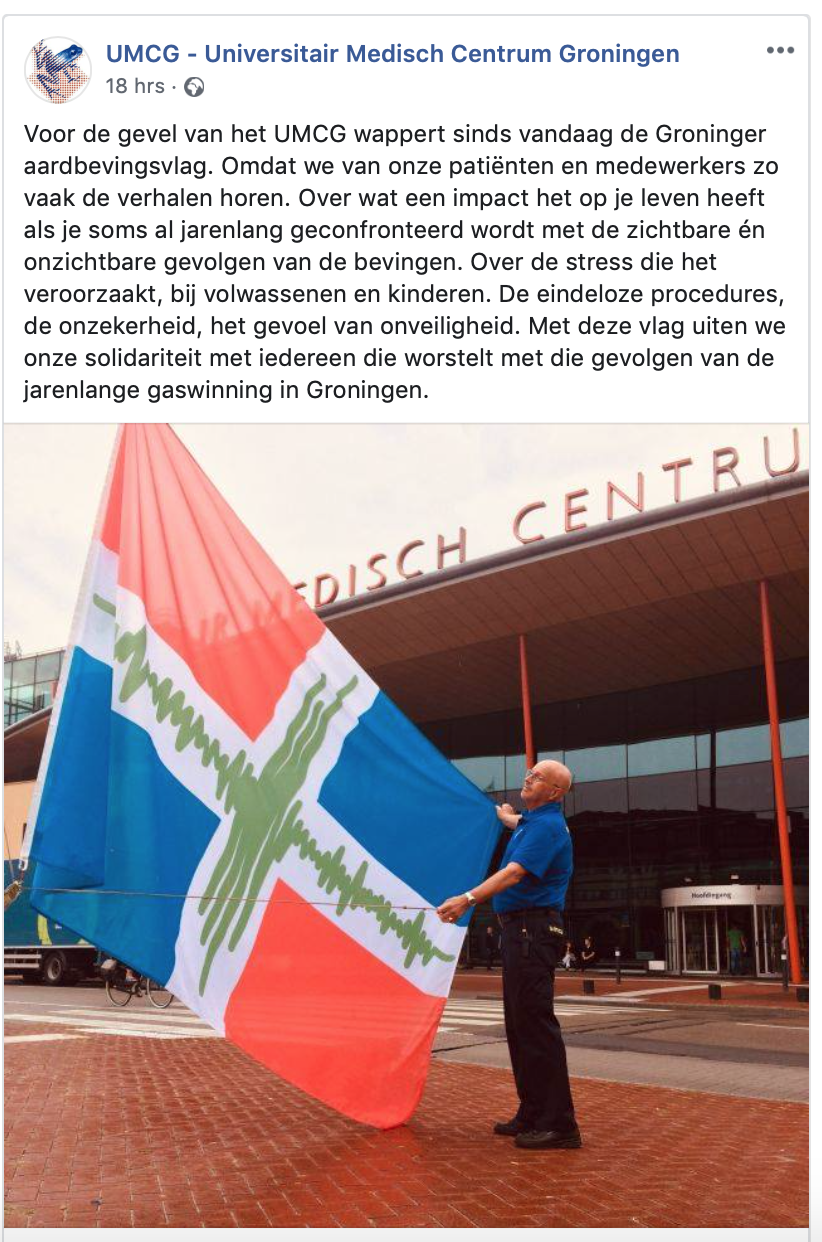 "Make sure that your product is ready for the investment when you suddenly find it": an interview with Sepideh Radmannia and Milad Naderzad, of ChemIoT

"Make sure that your product is ready for the investment when you suddenly find it": an interview with Sepideh Radmannia and Milad Naderzad, of ChemIoT