The Grunnens Laid turned 100: why should internationals know about it?

by Yelena Kilina
in Dutch history
0

The Grunnens Laid (or, the Song of Groningen) is a provincial anthem officially written in the Gronings dialect of the Dutch language. The 100th anniversary of the song was celebrated by mass singing throughout more than 100 locations of the province last Saturday.

Around 5 p.m. people in provincial villages and towns, churches and museums, nature sites and music festivals gathered to sing along a 5-minute anthem. One of the locations, the estate of Nienoord in Leek, welcomed its dwellers, officials and even a newly-wed couple to recall the beauty of the province:

‘From the Lauwers Sea to the Dollart,

From Drenthe to the Wadden Sea,

A wondrous land grows and flourishes

Around a wondrous city…’

Why should internationals know the anthem?

It didn’t take long for the mayor of Westerkwartier, the second largest municipality of the  Groningen province, to answer the provocative question: ‘Because the Grunnens Laid is telling a lot about our province and how proud we are of our own region, landscape and people. What is also important is the dialect we use, the Gronings. We are becoming more and more aware that it is a part of our heritage. That is why it is important to keep it alive.’ Mayor Koos Wiersma personally likes Gronings sayings, for example, ‘kop d’r veur‘ meaning ‘when you a little sad, you have to go on’.

’It is good to see how proud people are of their heritage,’ reflected Hermi, who came to the event from the province of Drenthe. ‘It was 38 years ago when I visited the Nienoord Museum for the first time, exactly when I just moved to Groningen. So this celebration was a good moment to come back and to feel the atmosphere.’ 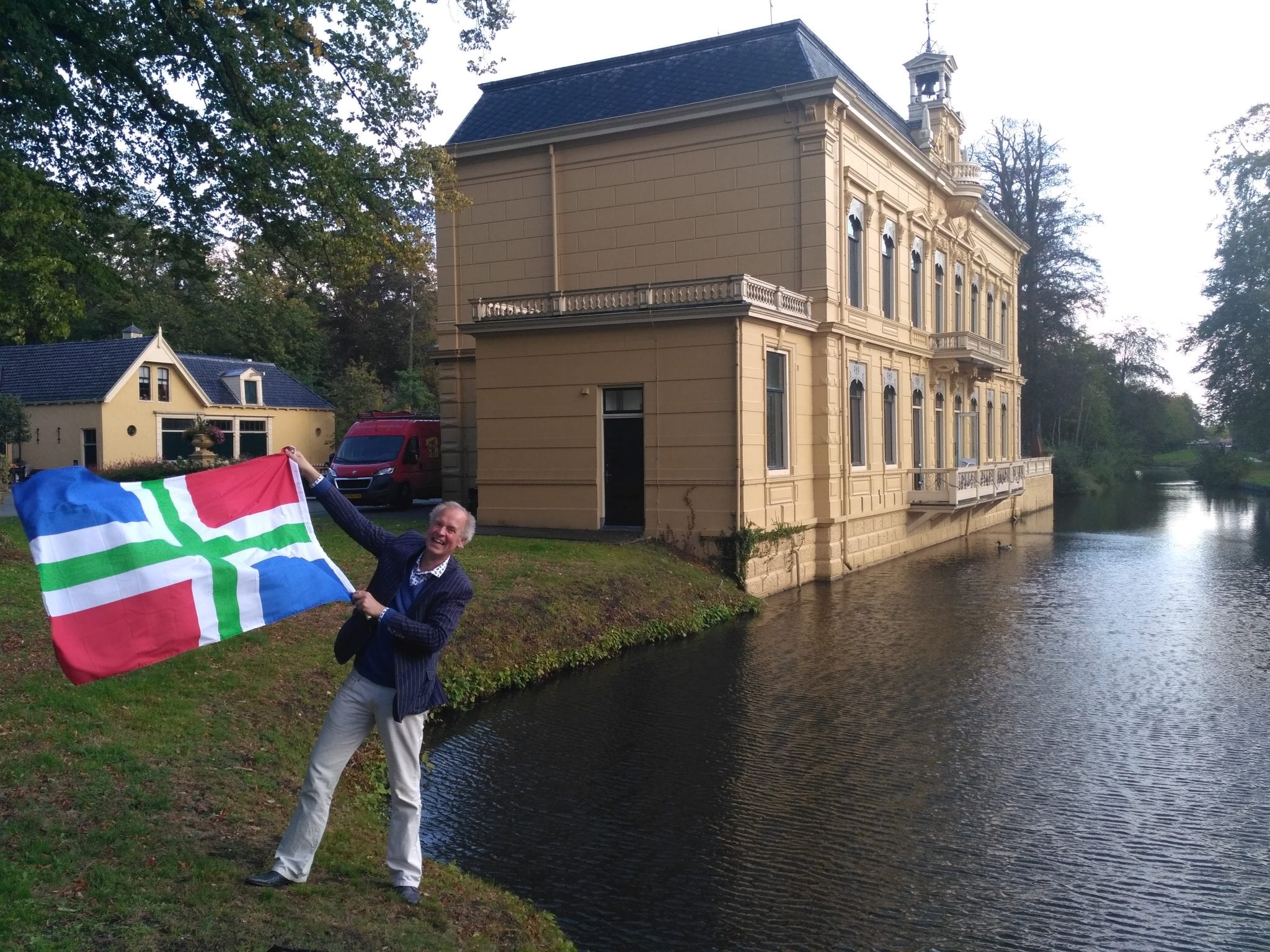 ‘Some say, the Nienoord estate is the most well-known icon of this part of Groningen,’ pointed out Geert Pruiksma, director of the Museum Nienoord. ‘There is only one village in this part of Groningen that has an estate like this. Everybody recognises the house immediately.’ According to Pruiksma, the local authorities also chose to sing the Grunnens Laid in Nienoord because of its historical heritage.

Nienoord was the provincial centre of power and, in war times, military action. As illustrating its past glory, two 17th-century cannons can be seen in the estate garden, while the third one from the set is stored at the Victoria and Albert museum. ‘The cannons from Groningen are internationally valuable objects, and two of them are still in their original place.’

Why are the farmers protesting and what do they want to achieve?