The police in Groningen have closed off a section of the Oude Boteringestraat after a suspicious package was found inside a University of Groningen building.

Mayor Peter den Oudsten told RTV Noord that the letter containing an unknown substance sent to the Confucius Institute also included a bomb threat. The mayor declined to elaborate on the exact wording of the letter due to the ongoing investigation. The police thoroughly inspected the building for any explosives after it was determined that the powder was not hazardous.

The Groningen Confucius Institute is one of several hundred Chinese government-funded cultural institutes around the world that offer Chinese languages lessons and organise cultural events. The Groningen centre was featured in a recent episode of the Dutch documentary programme “Medialogica”.

The Groningen police have announced that the substance inside the letter was not hazardous. The building is being inspected, but the police have scaled down the situation to GRIP 0.

According to Dagblad van het Noorden, the package is reportedly a letter with an unidentified powder. Three people who may have come into contact with the letter have been told to remain inside the building, but they do not appear to be suffering from any adverse effects. A hazardous substances unit will analyse the substance. The police should make a statement about the situation thus far at around 12:30 p.m.

The Groninger Internet Courant reports that the building, Oude Boteringestraat 42, has been evacuated, and it is unclear how many people were inside the building at the time. The police have not yet released any information about the nature of the package.

Jorien Bakker, a spokesperson for the university, said that the package was found at Oude Boteringestraat 42, which is the location of the Groningen Confucius Institute. 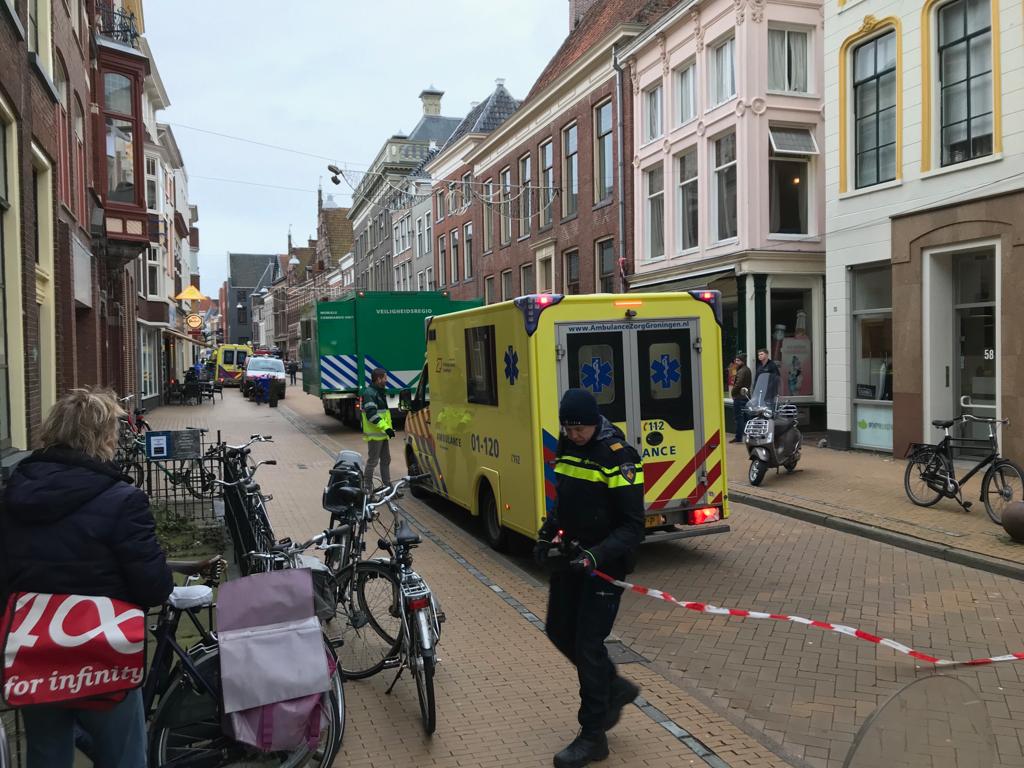 Emergency responders, including an explosives specialist, are currently on the scene. This story will be updated as more information is made known. The situation on site was scaled up to a GRIP1 emergency, the lowest level, around 10:30 a.m.

The faculty of theology and religious studies is also located on the Oude Boteringestraat, as well as the administration building of the university. The Broerplein and the Academy Building are in the immediate vicinity.

Riot in the Centre of Groningen, Mayor issues emergency order

Get your career started in the manufacturing industry: Live Networking Event on November 11