Storm damage in Groningen: trees fall on houses and cars - The Northern Times

Storm damage in Groningen: trees fall on houses and cars

A motorist had a near miss as she was driving along the Pioenstraat in Groningen after strong winds blew a tree onto her moving car, causing considerable damage. Fortunately both the driver passenger remained unharmed. Two other cars that were parked on the road were also hit by the tree.

A tree was also blown over at the Nieuwe Kerkhof, causing damage to a house and a car, but here too nobody was injured. The link between the Herebrug and city ring was also disrupted by a felled tree. 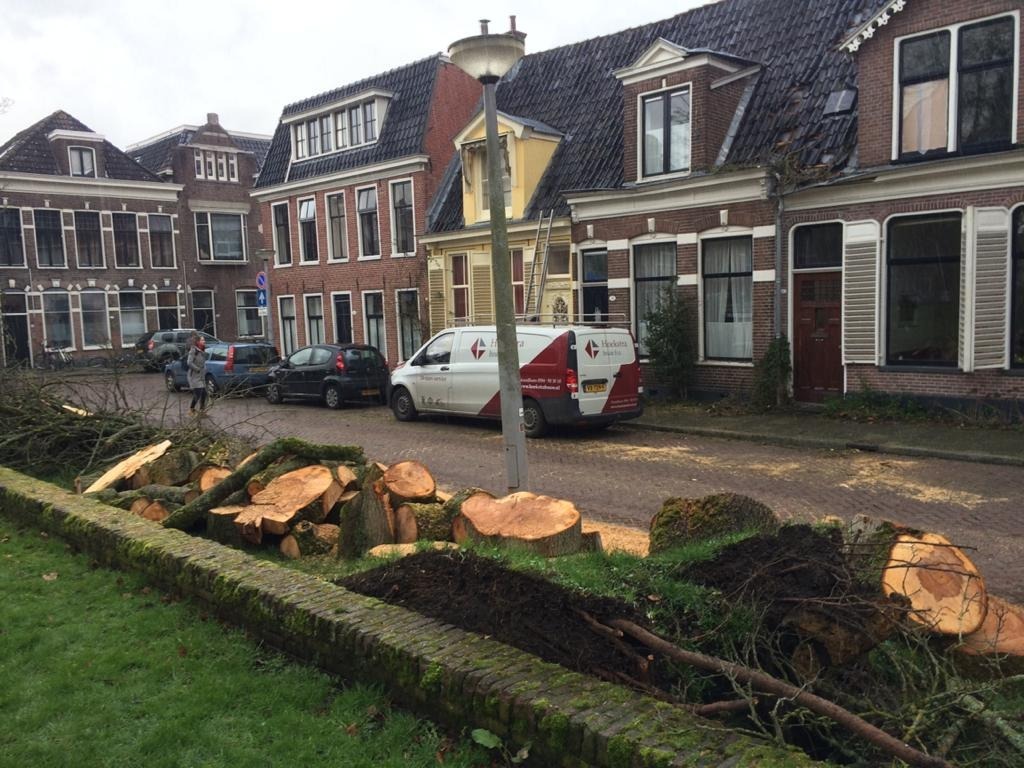 Indeed the wind was so strong as to break off the steel barrier on the Pleiaden bridge. On the Engelbertseweg, where housing associations were restoring buildings, frames were blown away, and at cafeteria Hoek on Oosterstraat, two glass plates fell down due to the weather (no injuries).

The municipality also decided to close the Noorderplantsoen. “It turned out to be too dangerous to get into the park. The situation is now being looked at. Everyone can likely come back into the park in the morning”, said Richard Oosterloo from the municipality of Groningen.

Storm Chiara brought 100 km/h winds to the North on Sunday and into Monday morning, also causing damage in Friesland and Drenthe.

Review: “AI: More than Human” at the Groninger Forum

Train dream: from Groningen to Copenhagen in 5.5 hours by 2050