On February 21st, a major hoisting operation took place at the heavy cargo wharf in Beatrixhaven. Working together with the Jan de Nul Group, Wagenborg Nedlift hoisted a large hydraulic offshore pile driver from IHC IQIP on board the installation vessel Vole au Vent. This Integrated Monopile Installer has been carefully assembled in Beatrixkade over the past few months.

Both logistically and in terms of engineering, this was a challenging and comprehensive project that was brought to a successful conclusion thanks to optimal cooperation and professional implementation. Jan de Nul is using the special pile driver to install the foundation piles for the wind farm Borkum Riffgrund II, which is being built in the German part of the North Sea during the coming months.

IHC IQIP designed the Integrated Monopile Installer specifically to protect the underwater environment during the pile driving work. The system installs monopiles within the current noise standards, including those for German offshore wind projects. In addition, the Integrated Monopile Installer can be used in different and poorer weather conditions than was previously possible, and has various functions that reduce the installation time and install the monopiles more efficiently.

Wind farm Borkum Riffgrund II is located 38 kilometres off the German Wadden island of Borkum and is due to be operational in 2019. The wind farm consists of 56 MHI Vestas 8 MW wind turbines, installed on 36 monopile foundations and 20 jacket foundations. The park is owned by the Danish Ørsted (formerly DONG Energy). 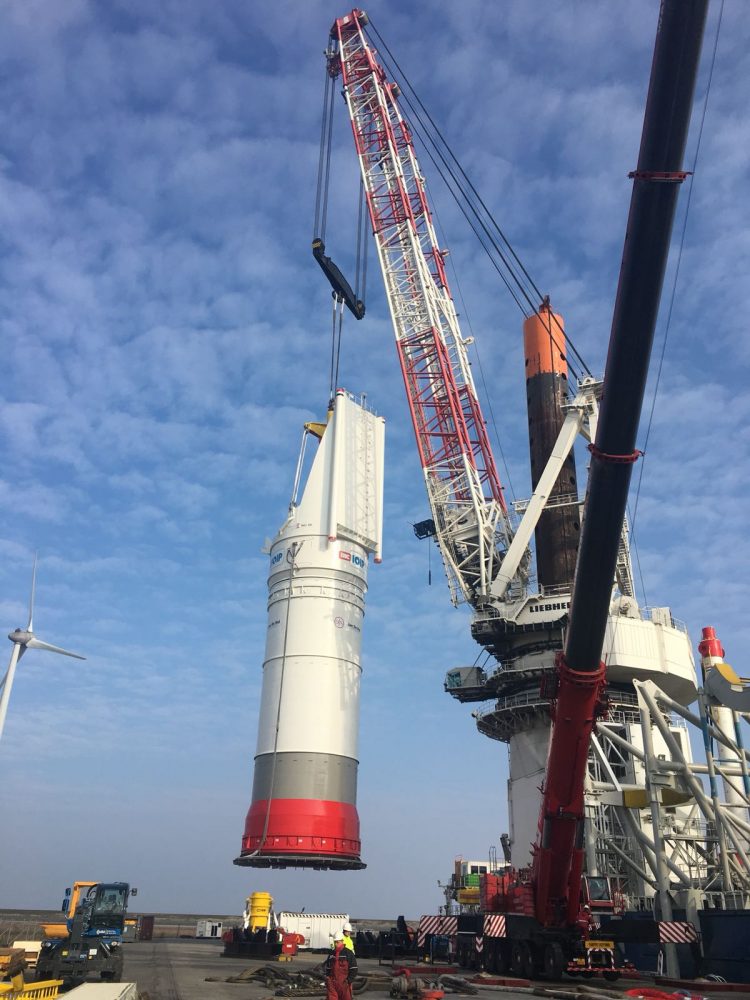 No bird flu at other poultry farms in Westerkwartier

Google to move into Eastern Groningen

No bird flu at other poultry farms in Westerkwartier