If you are visiting Assen in the coming days, you may need to consult the map: a number of roads in the city centre will be closed over the next week in connection with the TT Carnival, and a series of events connected to upcoming motorcycle racing at the TT Assen track will be getting underway in the coming days.

The festival kicks off on Saturday with a range of rides for kids and adults alike, as well as street musicians and brass bands. RTV Drenthe reports that due to the carnival, which will be located in and around the Veemarktterrein, several streets in the vicinity will be closed until the 1st of July. The Rolderstraat between the Javastraat and the Abel Tasmanplein, and the intersection between the Rolderstraat and the Paul Krugerstraat, will be closed to traffic through the end of the month. 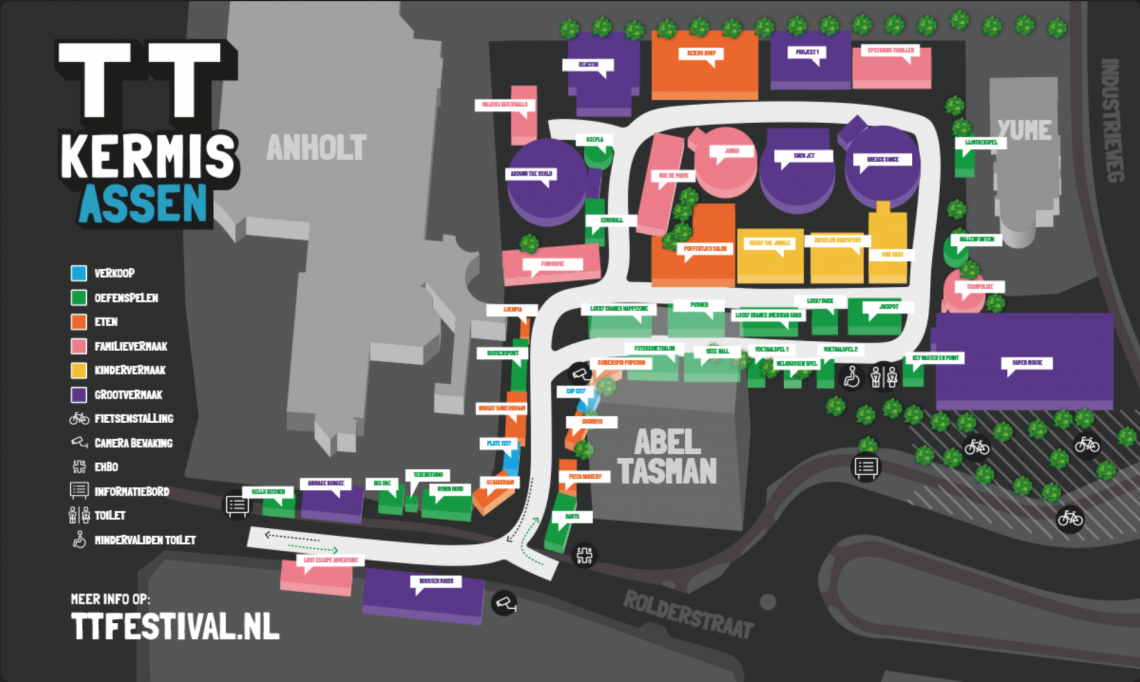 A series of events will be taking place in or around the TT Circuit in the coming days. The carnival will be held in the city centre between the 22nd and the 30th of June, and the 7th TT Balloon Festival will take place on the 23rd of June. Between the 27th and 29th of June, the TT Festival, which is free, will bring a range of Dutch and foreign musical acts to town on dozens of stages across Assen, including popular young acts like Famke Louise, beloved classic Dutch bands like Mooi Wark, and a number of cover acts paying tribute to bands like Guns n’ Roses, Metallica, Abba, AC/DC and Creedence Clearwater Revival.

All the festivities are in the lead up to the Motul TT Assen 89 Moto GP, which is one of the biggest events of the year at the Assen track between the 28thand 30thof June. During a full probramme of events from Thursday through Sunday, motorcycle racers like Valentino Rossi, Marc Márquez and Andrea Dovizioso will come to Assen and hit the track. The MotoGP event also includes the Dutch TT, the Tourist Trophy. The TT Assen venue can hold up to 110,000 spectators. While the summer is often the peak of the TT season in Assen, the Drenthe facility recently lost out on the chance to host Formula One when the F1 organisers awarded the event to Circuit Zandvoort.