by Traci White
in Politics
0

Prime Minister Mark Rutte will be visiting the province of Groningen on Wednesday.

According to the Netherlands Government Information Service, Rutte will be in the province on Wednesday for a working visit to meet with Albert Rodenboog, the mayor of Loppersum, and the residents of the induced quake-impacted region.

Economics minister Eric Wiebes will also be in the area: he will be attending an administrative meeting at the provincial government headquarters in the city.

The visits were not announced to the media until Wednesday, but Rutte’s visit to Loppersum had reportedly been planned even before the coalition’s recent announcement that gas extraction would be brought to an end.

The provincial politicians in Groningen are particularly interested in hearing from minister Wiebes about how the gradual reduction of gas extraction will impact reinformcement operations in the induced earthquake area.

“There will be money available as long as Groningen needs it”, Rutte said during his working visit to the province. Before meeting with the mayor and residents of Loppersum, Rutte met with the King’s Commissioner René Paas and visited the recently opened earthquake damage claims processing centre. The centre currently has 12,000 claims, and the prime minister stated that 600 of those claims were filed this year. 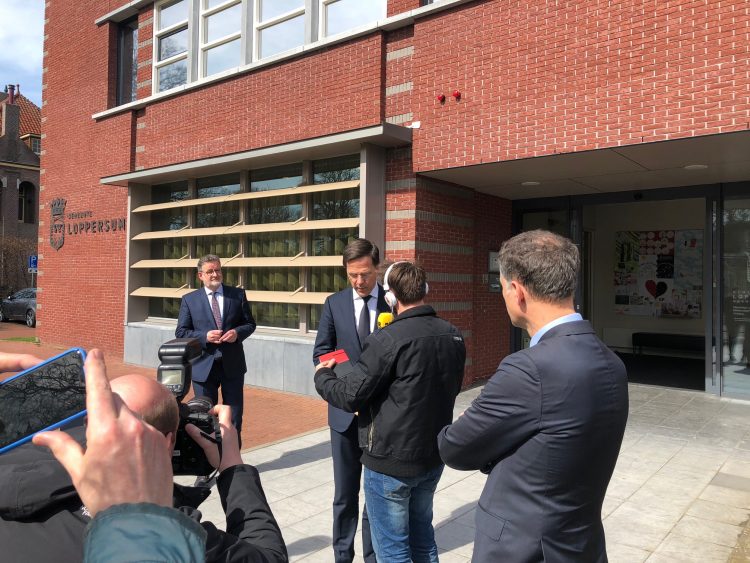 After meeting with mayor Albert Rodenboog, Rutte visited a family in Garreslweer whose home had been severely damaged due to the induced quakes. According to the prime minister, the cabinet has been in contact with experts to determine the best ways to help the province. “But no matter what, no one needs to be worried about the money drying up.”

The cabinet’s basic strategy is to repair existing damage, reinforce current buildings and to find ways to offer a new economic perspective on the region. The Prime Minister says that he is well aware that winning back the trust of the Groningen residents will not be easy. “Their trust in us is around negative 100 points right now, and that isn’t something you can fix overnight. But minister Wiebes and I are committed to this region.”

Protest against Islamophobia in Leeuwarden