Parkrun to sound starting pistol in Groningen in February

Running enthusiasts in Groningen can start lacing up their shoes for a unique weekly event that will see them snake their way through bike-free paths tucked away in the thick of the Stadspark.

Parkrun, a weekly 5 kilometers-long run with no entry fee or time limits, is coming to Groningen in late February 2020. The concept, tried and tested by millions of joggers since 2004 in more than twenty countries around the world, is now set to grace the running-friendly flats of the Netherlands.

The event, to be held on every Saturday morning in the Stadspark, will be free of charge and rely on the work of dedicated volunteers. It will focus on sustainability, physical and mental well-being and the social element of running, according to event director Rhys Williams (25).

“This will not be your typical mass run. We won’t have any loud music or waste lying around. We want people to feel welcomed and included and we don’t want to be a nuisance to anybody,” said, in an interview with The Northern Times.

Expenses will be kept at a bare minimum – a few cones, a flag and a finish funnel will mark the entire course. The event is non-competitive, so participants will be able to set their own tempo, be it jogging or walking. No one will come last, as a volunteer will always stroll at the very back of the last pace group, making sure that everybody’s doing fine. ‘We will support and cheer everyone on until they cross the finish line, however long it takes,’ Williams adds.

The 5 Km leafy course will remain the same in the first few months. The Stadspark was chosen due to its pleasant natural surroundings, and bike-free trails. “We can’t use any safety marshalls as we are completely free, so we can’t cross roads with traffic. On the flip side, we also felt like many people still overlook the Stadspark, despite all its beauty.”

Participants will also have the chance to unwind after the jog and share a cup of coffee in a café close to the park’s petting zoo. “Community building is at the core of our ethos. We want people to give Parkrun a try and fall in love with it.”

For Williams, these are more than just lofty ideals. He has witnessed firsthand the transformative power of sports. His mother, struggling with her self-image and confidence, joined Parkrun at home in Britain a few years back after decades of lethargy. And she hasn’t looked back since. “Now she runs three times a week and sometimes I even ask myself: Is this really my mum?” 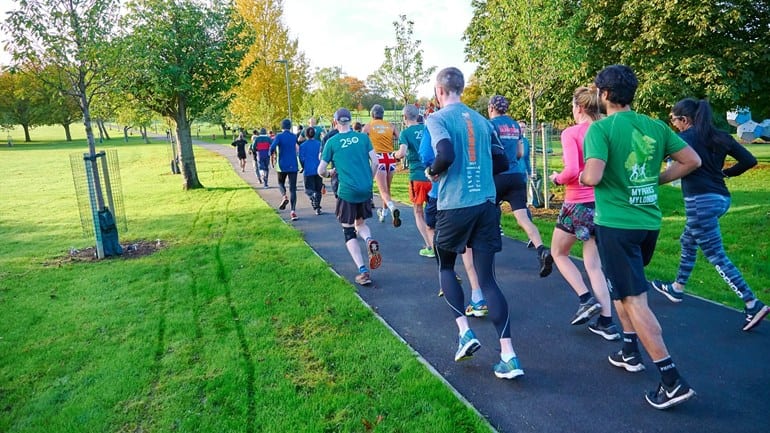 Groningen will be the only city in the north of the country to host the event. Fourteen others will spread across towns further south. Williams, a UK-born ski instructor, saw a great opportunity in bringing the popular event to Groningen when taking up his sports studies at the Hanzehogeschool a couple years ago.

“I was very surprised to realise that the Netherlands hadn’t been on parkrun’s map until now. Maybe it’s due to the many bike lanes or just a general lack of knowledge. But the country and its people are cut out for running.”

Williams and fellow coordinator Bert Guns now lead a team of seven who all share the ambition to expand beyond the Stadspark. They are already attracting interest and support from various networks, like the Healthy Ageing Network North Netherlands, and Parkrun could soon swarm the pathways of Oosterpark, Kardinge, or even greenspaces in the city of Leeuwarden.

To view the route map, see here. Anyone interested in finding more about the Parkrun can e-mail parkrun@hannn.eu

Edward Szekeres is a freelance journalist who has just finished his MA in Journalism at the University of Groningen. He has previously written for The Northern Times, the UKrant, and the Slovak Spectator.

All images courtesy of Parkrun

Wolves may have returned to the northern Netherlands

Wolves may have returned to the northern Netherlands

Forum Groningen opens to fanfare: but what do visitors really think?