Some transit fares go up more than 10 percent

Dutch rail operator Nederlandse Spoorwegen has announced it will increase the prices for day tickets from 2023 to compensate for inflation.

The largest train company in the Netherlands has announced Thursday it will increase the cost of 2nd class single tickets by an average of 5.5% while the fare for the 1st class rides will go up by 7.4%. The increase does not affect the price of some peak-time season tickets, including group tickets. So-called NS Flex Traject Vrij tickets will even become a little cheaper to make train travel more attractive to commuters. However, the cost of all off peak season tickets will rise by about 10 percent. NS also announced that it would increase the price of its international tickets by an average of 5%. 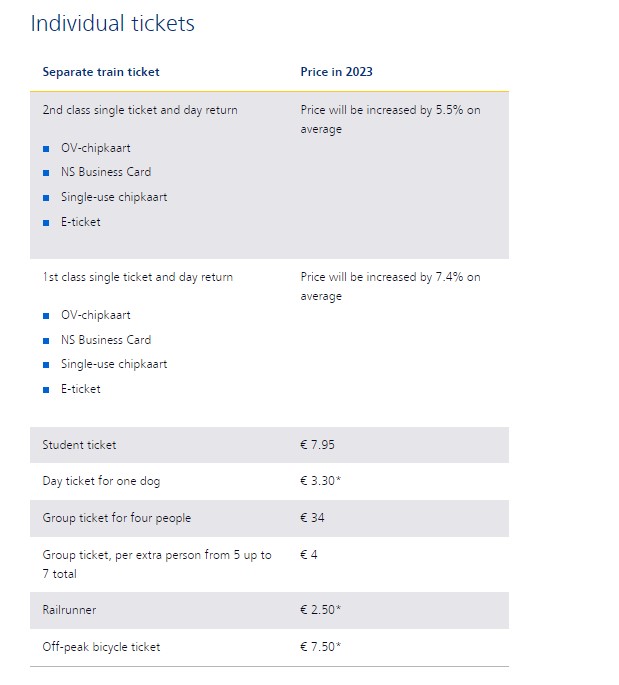 The rail operator assures the holders of season tickets that the price increase (or decrease) will take effect only when their season tickets are extended. For an NS Flex season ticket, the price change will go into effect in January, 2023.

NS says the government should do more to encourage train travel over driving or flying, for example by slashing the VAT rate or even totally eliminating it for public transport.

“Let’s Gro” opens a discussion on the future of Groningen

"Let's Gro" opens a discussion on the future of Groningen