by The Northern Times
in Economics
0

The population in the major northern cities will continue to grow in the coming years. This development will coincide with a shrinking population in more rural villages, according to figures from the Central Bureau of Statistics (CBS).

The figures from the national statistical office show that the population in Groningen is likely to increase by 10.2 percent, between now and 2035. By that year, Assen is expected to have 6.4 percent more inhabitants, whilst population numbers will also increase in Leeuwarden (4.2 percent) and Meppel (4.0 percent).

The report suggests that people are leaving the countryside. The Groningen municipalities of Loppersum (-17.7 percent), Delfzijl (-15.7 percent) and Ten Boer (-13.6 percent) in particular are likely to experience a significant decrease. These regions are very much within the ‘earthquake zone’ to the North of the city of Gronignen. The Drents municipality of Noordenveld (-11 percent) is also likely to have considerably fewer inhabitants within a few decades. 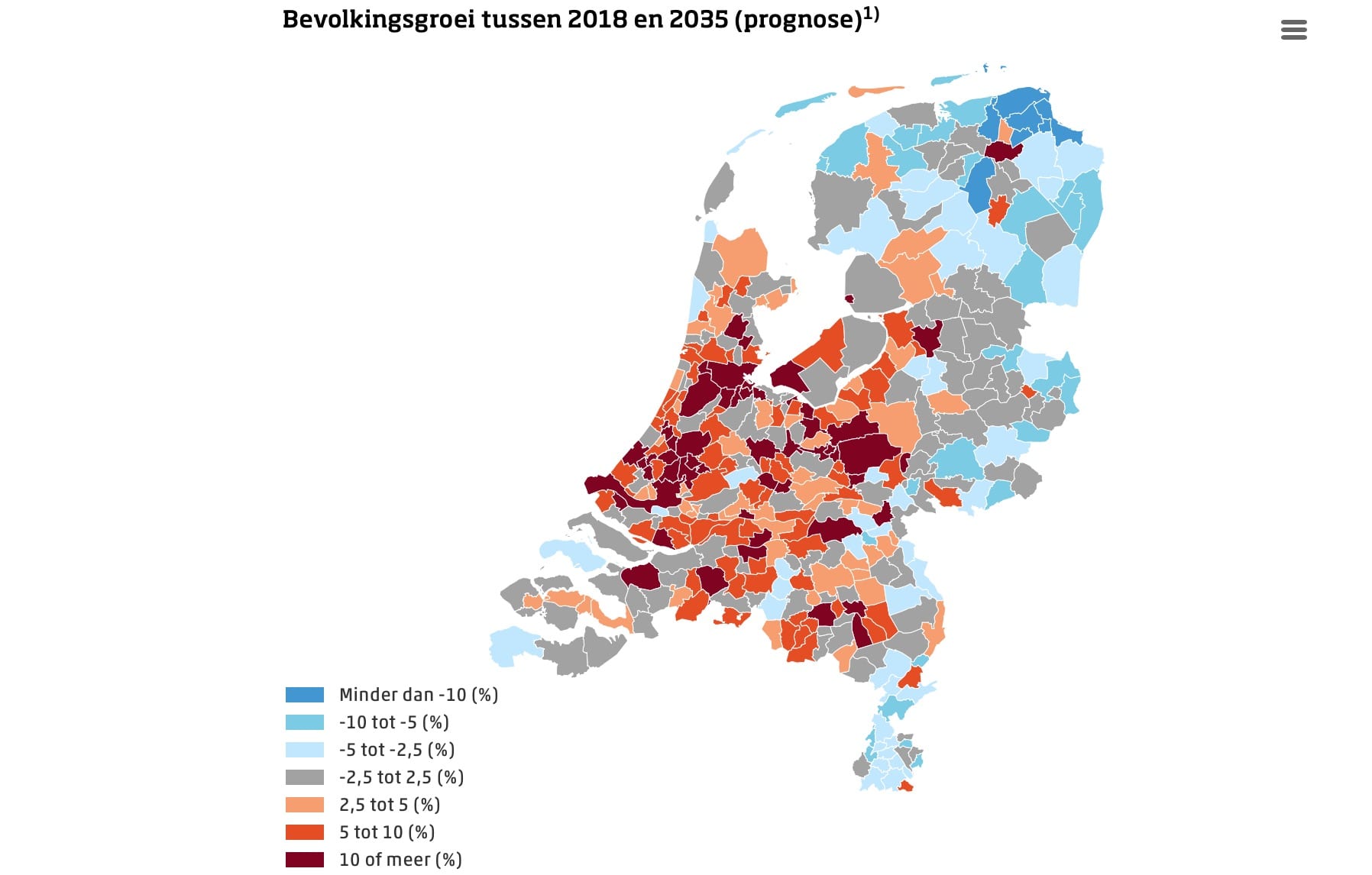 Home away from home: unexpected similarities between Dutch and international cultures