Noorderzon, much more than just theatre and music: creating a sense of community - The Northern Times

Noorderzon, much more than just theatre and music: creating a sense of community

by The Northern Times
in contributors, Lifestyle
0
Share on TwitterShare on FacebookWhatsapp

The annual Noorderzon Performing Arts Festival was yet again a major draw this year with more than 150,000 visitors over the course of nearly two weeks.

The international festival combined an extensive interdisciplinary programme with a freely accessible and well-attended summer party in the idyllic Noorderplantsoen. Visitors of all ages were able to enjoy the vibrant mix of performances, concerts, lectures, and parties in the park and the city centre.

“Festivals such as Noorderzon are characterised by bringing out the ‘us’, a sense of unity, which is indeed classically hidden within festivals”, Eric Nederkoorn of the Dagblad van het Noorden wrote of this year’s edition. 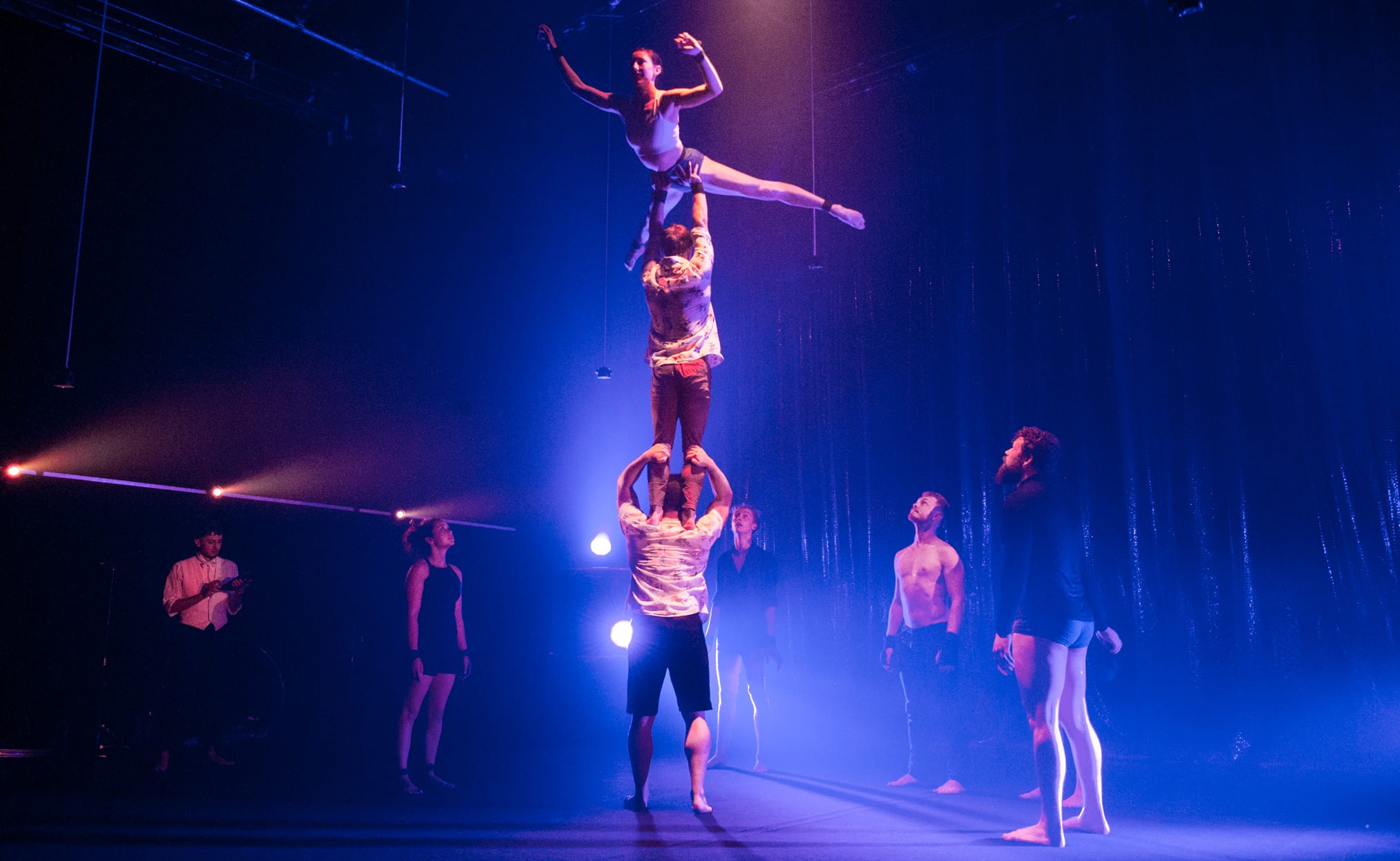 “The coming together of music, talents, people, and languages”

Artistic director Mark Yeoman and Josh Dolgin, the director of the opening show “Space – The 3rd Season” kicked off the annual festival with a personal appeal for “listening and learning from difference, collaboration, sharing. The coming together of music, talents, words, ideas, people, languages, cultures, flavours. Togetherness. It is possible if you are open to it. And those connections, those combinations, lead to new ideas, lead to greater understanding.” 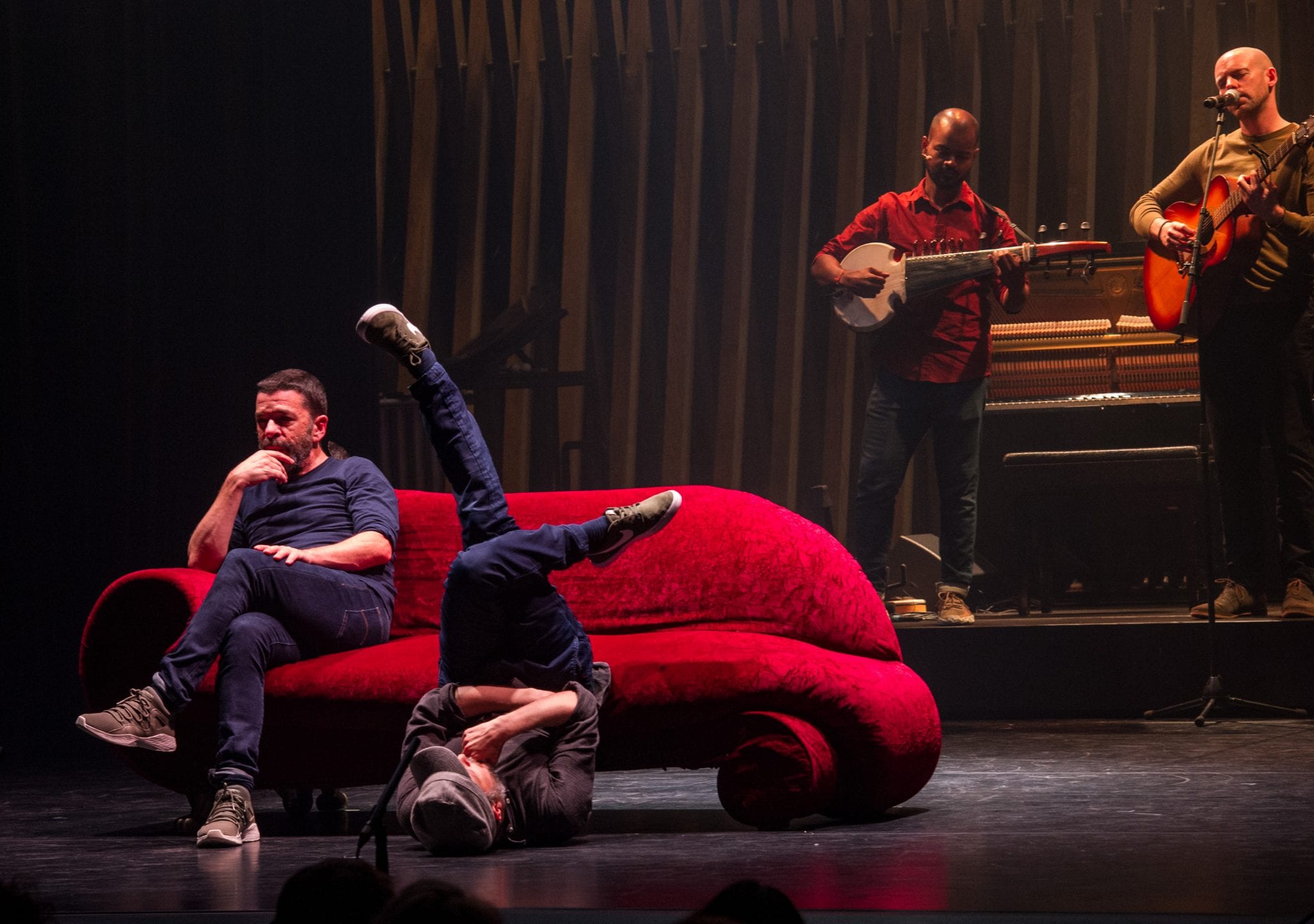 Sense of belonging, community, and fellowship

Those who visited the festival for more than the great atmosphere, hanging out with friends or enjoying the beautiful weather had the opportunity to immerse themselves in the world of arts. Themes such as migration, artificial intelligence, fake news, and more intimate topics such as first love and fatherhood, created a sense of belonging, community, and fellowship among the festival-goers. For instance, Trinidad González’s “Carnival” explored the ‘other’ in his brilliant narrative about the harsh reality in Latin America, while Guillermo Calderón’s fantastic performance “Dragón” illustrated the down sides of political theatre.

Six festivals within the main festival

In addition to the main international programme, visitors could choose from a diverse programme which was subdivided into six festivals within the main festival: an extensive context programme; a programme made in the North; a versatile music programme; the literature festival “Literaturia”; De Speelweide for the youngest guests; and the container programme. 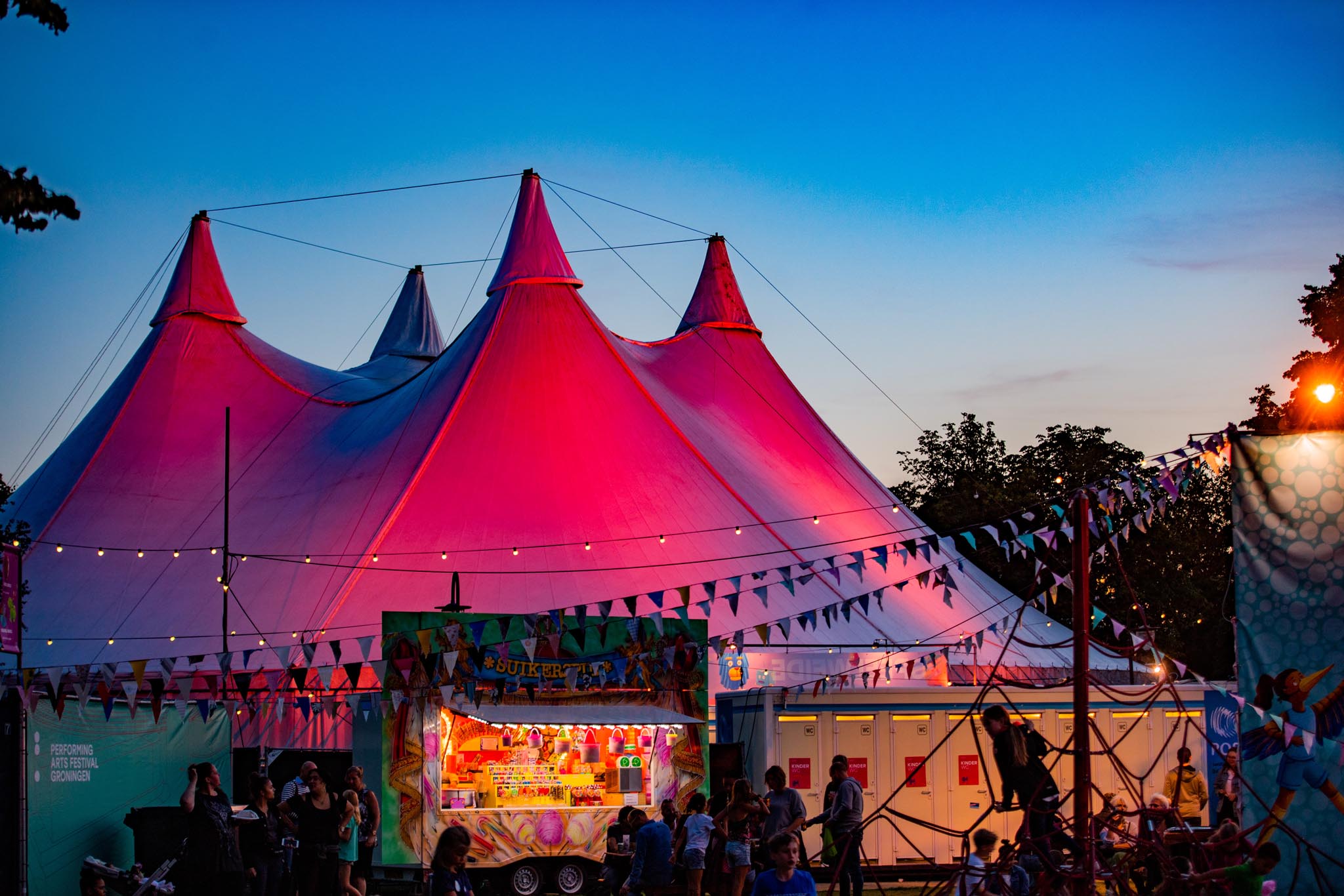 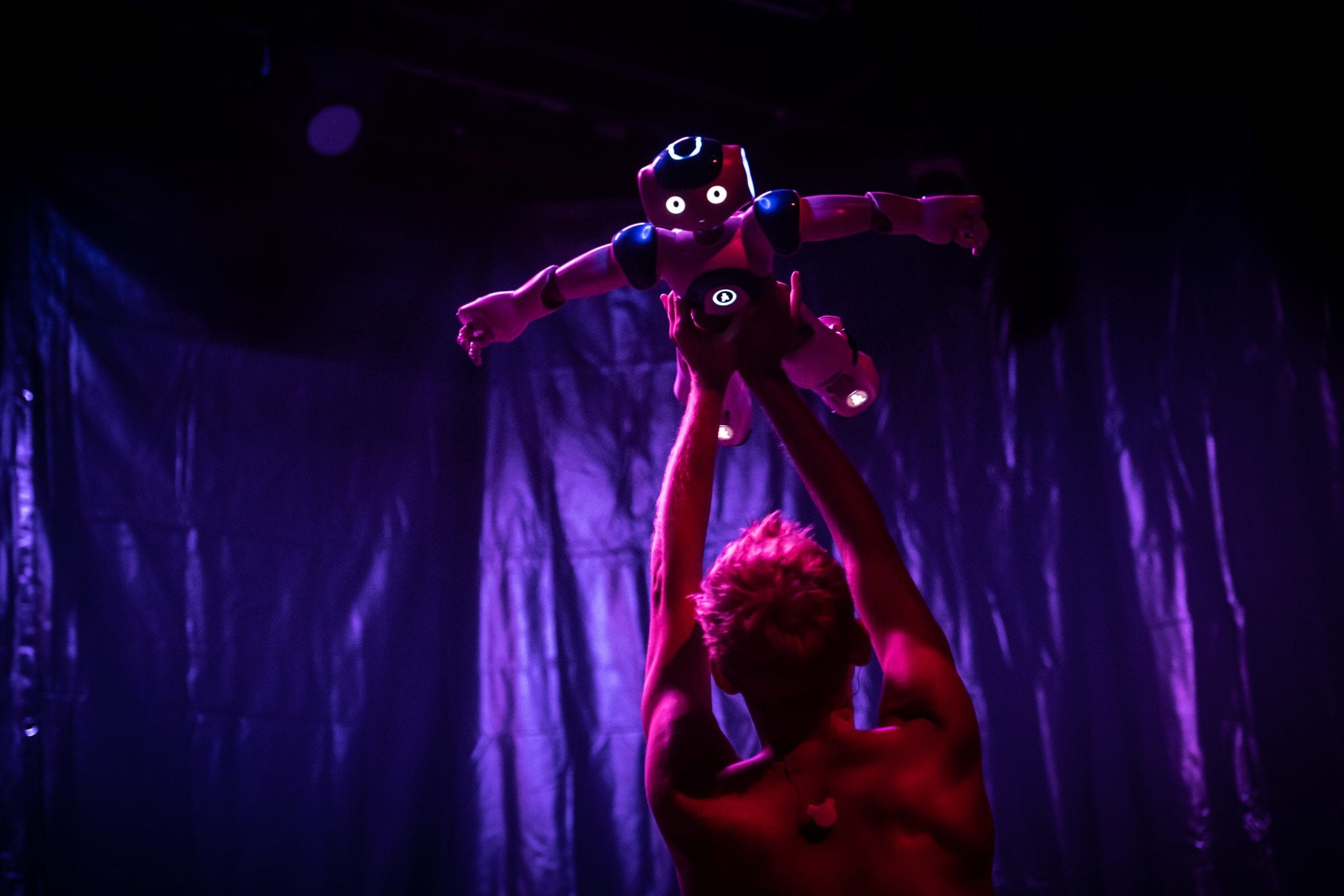 Becoming part of the performance

For the more adventurous festival-goers, there were plenty of opportunities to explore various original and entertaining performances, and in some cases to literally become a part of them. During Yan Duyvendak’s “Invisible”, for instance, visitors had to secretly carry out assignments in the public space without anyone noticing. Another striking project was the Mystery Route, in which visitors didn’t know where they would go in advance. 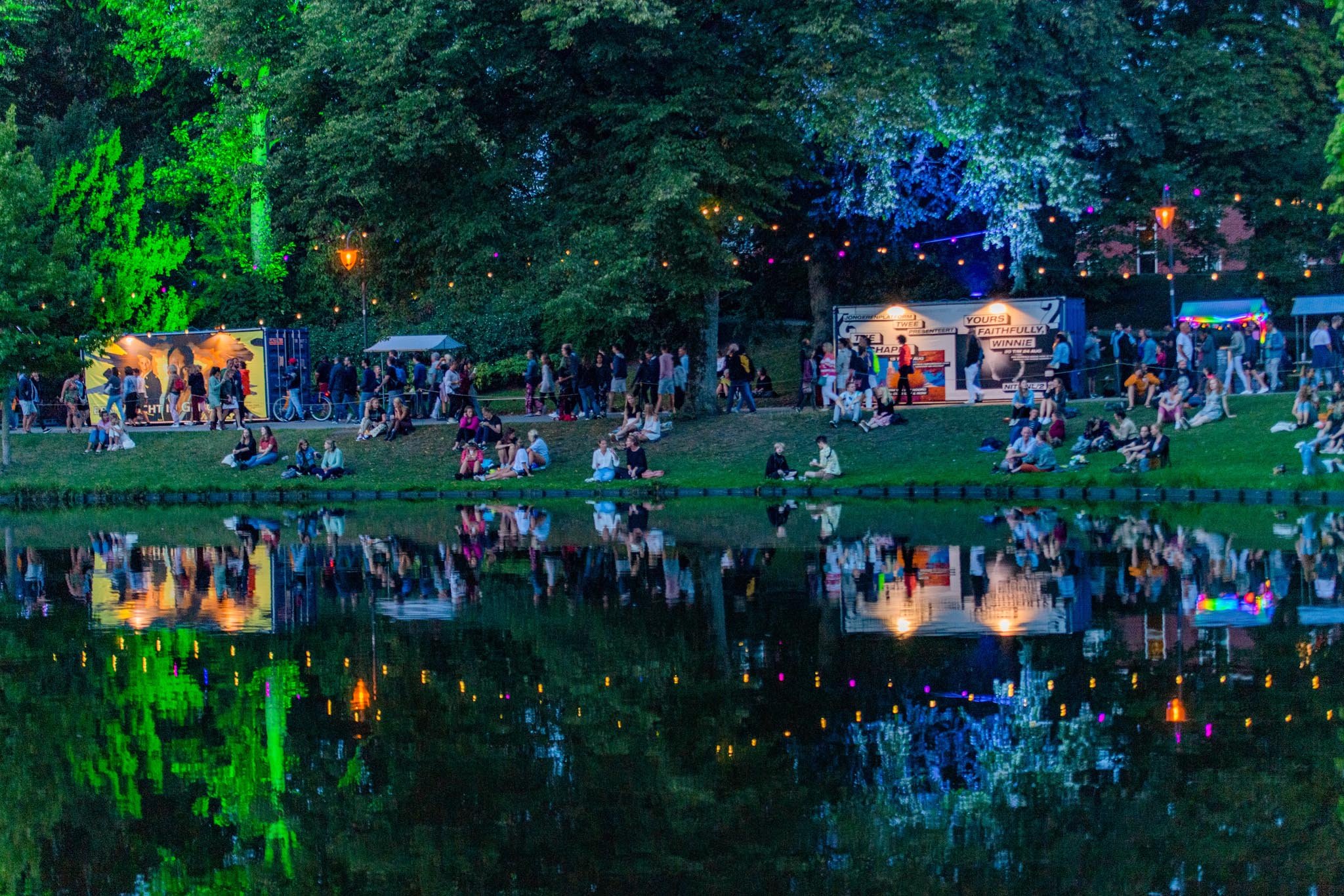 The gezellig atmosphere around the main stage Het Dok was characteristic for the whole festival. Visitors got to listen to artists such as De Likt, Golden Dawn Arkestra, Durand Jones & The Indications, while hanging out with their friends, drinking beer, and eating excellent food. After all the tents have been packed up for this year’s edition, Noorderzon once again managed to create a welcoming atmosphere for young and old, Dutch people  and internationals, and introduce visitors to quirky and less-known performances from all over the world.

Deceased man in Assen was deaf, worked as gardener

Sybrand Buma officially sworn in as mayor of Leeuwarden