by Traci White
in News
1

In the closed Facebook group Expats in Groningen, two internationals reported being the targets of attempted muggings by a group of kids over the weekend.

One user in the group, a PhD candidate from Italy, posted that she was surrounded by a group of around five young-looking kids who attempted to mug her. The incident reportedly occurred at a park in the Korreweg neighbourhood on Saturday evening. 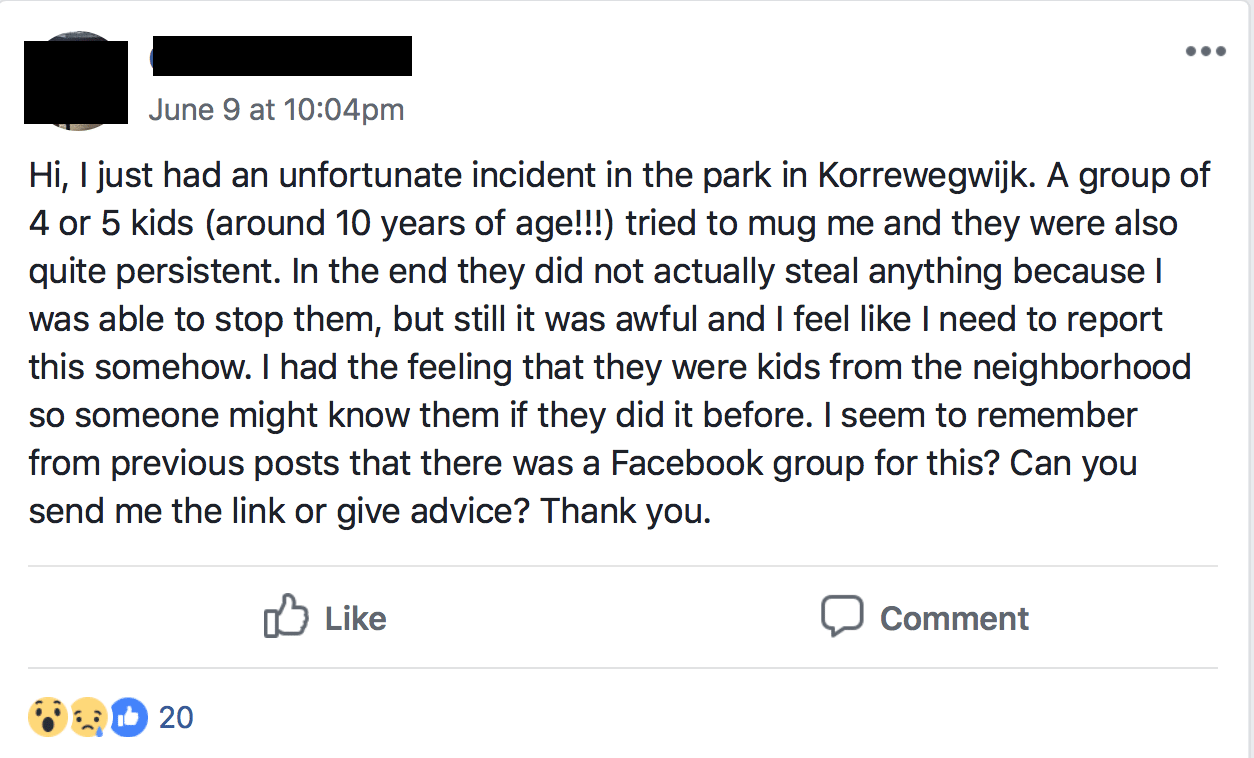 The victim said that the kids surrounded her while it was still light out. There were other people in the park at the time, but “they took advantage of a moment when no one else was around.” The victim said that she was able to prevent the suspects from stealing her belongings.

In the comments beneath the post, another group member described a similar experience in the Noorderplantsoen on Sunday. She wrote that she was surrounded by a group of teenagers who violently pulled her off of her bike. The two parks are located 1.8 kilometers apart.

Other users in the Facebook group, which has more than 4,000 members, encouraged the Korreweg park victim to contact the police about the incident. She says that she filled in a non-urgent form on the police website on Monday to report the crime, but she has yet to be contacted by anyone. The Noorderplantsoen victim wrote on Facebook that she had done the same.

According to police spokesperson Anthony Hogeveen, the student police agents and the neighbourhood agent were not yet aware of any formal reports of either incident. The media office for the police say that it is standard procedure to follow up with anyone who files a report.