The Northern Times sat down with Genesis Saragoza, co-founder and current social media coordinator of “The Student Center for Diversity, Advocacy, and Inclusion” (SCDAI). The student organization founded at Hanze University in 2019, has quickly become an important voice for students in Groningen. We spoke about their founding history, their ambitions, and why it is so important to actively create an inclusive study environment.

Mehret Haile-Mariam: Genesis, I would suggest that we start with you, introducing yourself first before talking about SCDAI.

Genesis Saragoza: My name is Genesis and I am from Bonaire, which is one of the Dutch Caribbean Islands. I moved to the Netherlands about four years ago to start my study of international communications at the Hanze. My parents are first-generation immigrants from the Dominican Republic, so I identify also as Latinx. Besides, I am an international student at Hanze University and currently writing my thesis in International Communication.

When was SCDAI founded and what prompted you to do so?

SCDAI was founded in 2019. We were six students at the time, all from underrepresented groups and allies. We decided to found SCDAI because of a series of discriminatory events that we had experienced in class. There was this one event, one of many, that we were all present at where a student said something discriminatory about non-Western countries and people from these countries where we realized we needed to do something about it.

So, we started “The Student Center for Diversity, Awareness, and Inclusion”, which was our initial name. Later, we changed the name to advocacy instead of awareness because we believe that our work is not an issue of raising awareness but about advocating for change. Although we have different social identities, being in the same class and being in the same environment, many of our experiences are very similar. For that reason, we hope to recruit new members and thus expand both our team and experiences.

How does SCDAI advocate diversity, advocacy, and inclusion? What makes you different from other student organizations?

We originally started very “behind the scenes.” We wrote a research paper in our first year, which was very much aimed at our study program. We wanted to highlight why SCDAI was necessary because one of the things that we were met with the most was confusion. People would ask us why we were creating this student organization and why it was necessary, so we talked to staff at Hanze and presented our research.

We recently began investing time and resources in our social media and overall online presence. This includes creating video series that explain certain concepts such as intersectionality, diversity, and inclusion. Moreover, we provide different resources, such as a glossary, a blog, and a podcast series, which are accessible via our website. We want SCDAI to be informational. That’s our primary goal.

In general, I think we’re all trying to promote and create an environment of belonging and for people to feel welcomed. Black ladies of Groningen, for instance, the Groningen feminist network, or African student communities, all these organizations aim to create a sense of belonging for students. Our approaches and target audience might be different. Still, at the core of the principles and ideals, our organizations are based on the idea to create a sense of belonging for underrepresented minorities.

Groningen is a famous student city and attracts many internationals from different backgrounds. Student organizations and universities alike often speak of a “common” student experience. What’s SCDAI’s take on this? Do international students have similar experiences, or is there a need to differentiate?

It can be the difference between those who speak Dutch and those who don’t, students of colour, queer students, etc. Many different categories are being summarized under the umbrella term “international student.” Only by acknowledging the complexity of individuals identities and experiences, we can overcome the struggles underrepresented minorities face. 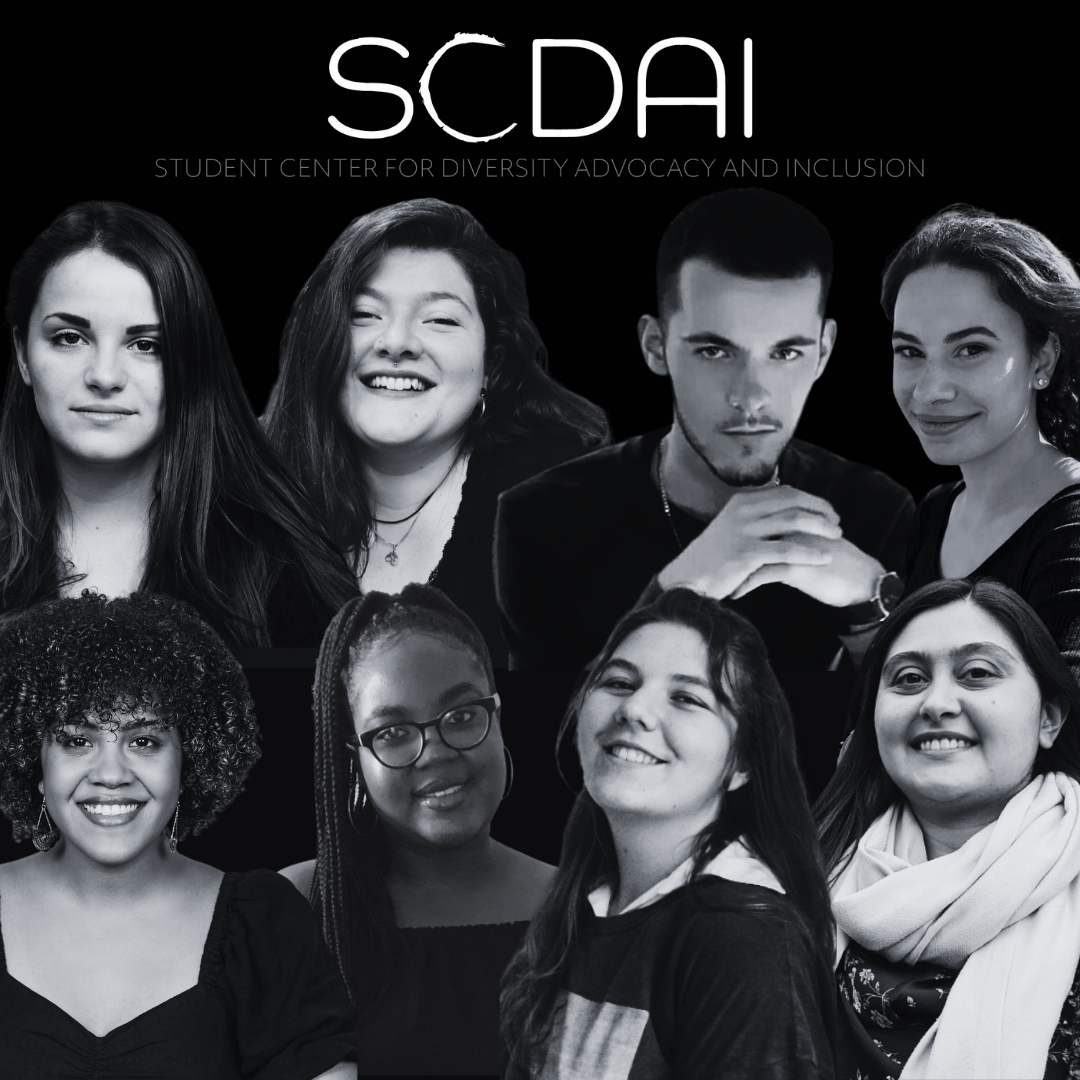 Can you give us an example of how intersectionality impacts international students experiences’ in the Netherlands?

I have a Dutch passport from the Dutch islands. When I moved to Groningen four years ago, I remember just the experience of arriving and not being what people expected. I had to fill out these forms and I would always state that I was Dutch because I am, that’s what it says on my passport. Still, people would see me and say I wasn’t the Dutch they expected. I am Dutch, but at the same time, my experiences are much more impacted by the fact that I am Black.

So that’s what happens when you don’t apply an intersectional lens. In one of our podcast episodes, we were speaking about studying abroad. During the conversation, one of my team members spoke about how she used to live in Germany and when she came to the Netherlands, she pretended to be German to get housing. She wouldn’t mention that she was originally from Bulgaria because being a German girl was more acceptable to many landlords.

October marks Black History Month (BHM) in the UK, the Netherlands, and Ireland. You used that as an occasion to promote “Black history” and to educate your followers on social media. What does BHM have to do with “diversity and inclusion” and why is it important to know and speak about it?

We decided to do an online campaign about what we call “Black History Education.” Our goal was to do four stories every week of the month highlighting a person or an event in Black history relating to the Netherlands, including current or former colonial territories that need to be in the history books. We wanted to take this time to highlight and create a campaign that would cater for black students and challenge the one-dimensional portrayal of Black history in education.

Black history is often reduced to slavery. While we need to be having these conversations on how slavery has impacted our lives in a political, societal, and economic way, we need to go beyond that. Black history and Black people are multi-dimensional and that’s how we need to portray them and teach these topics.
Furthermore, we made sure to use predominantly black sources. It was very important to us to demonstrate that you can have holistic education by incorporating diverse sources. It wasn’t something we publicized, but more like an internal commitment that we made to ourselves.

The University of Groningen and Hanze University have introduced so-called “diversity days” consisting of various workshops and events highlighting the topic’s significance. What do you think about such initiatives? Can they help to promote and ensure a more inclusive environment?

I haven’t attended such events yet, but I’ve read about them and seen them online. And honestly, I think both institutions are starting in the middle and are skipping a lot of the first steps you need to take to label yourself a diverse and inclusive institution.

However, I think it’s a great start. I don’t doubt that the participants contribute to a fruitful discussion, but this will never be sustainable unless you build it on a solid diversity and inclusion foundation. Circumventing the expensive and extensive long-term work is impossible if you want to create a diverse and inclusive environment for students and staff members.

SCDAI Community is a Whatsapp group chat available for all students in higher education in the Netherlands. SCDAI is committed to making this community a safe space to share, learn, and discuss diversity and inclusion. We create special events for the community and you get the opportunity to use our platforms to share your message on diversity and inclusion. You can join through this link: https://www.scdaigroningen.nl/scdai-community/

Photo by Amy Elting on Unsplash