Xolo the dog wags his tongue, wiggles his ears and expresses his happiness as he is petted by spectators as he walks down the Tweebaksmarkt in Leeuwarden.

by Traci White
in Culture
0
Share on TwitterShare on FacebookWhatsapp

The three-day performance “Big Skate in the Ice” by the French street theatre company Royal de Luxe in August of 2018 won the prize for best public event in the Netherlands in 2018.

The Leeuwarder Courant reports that the prize for best public event was awarded to the event’s organisers during the National Events Prizes ceremony in Deventer on Thursday.

Other nominees for the 2018 award were Sinterklaas’ national arrival in Zaanstad, PowWow Rotterdam (a street art festival), the Urban Culture Festival in Eindhoven and the finish of the Volvo Ocean Race in The Hague. 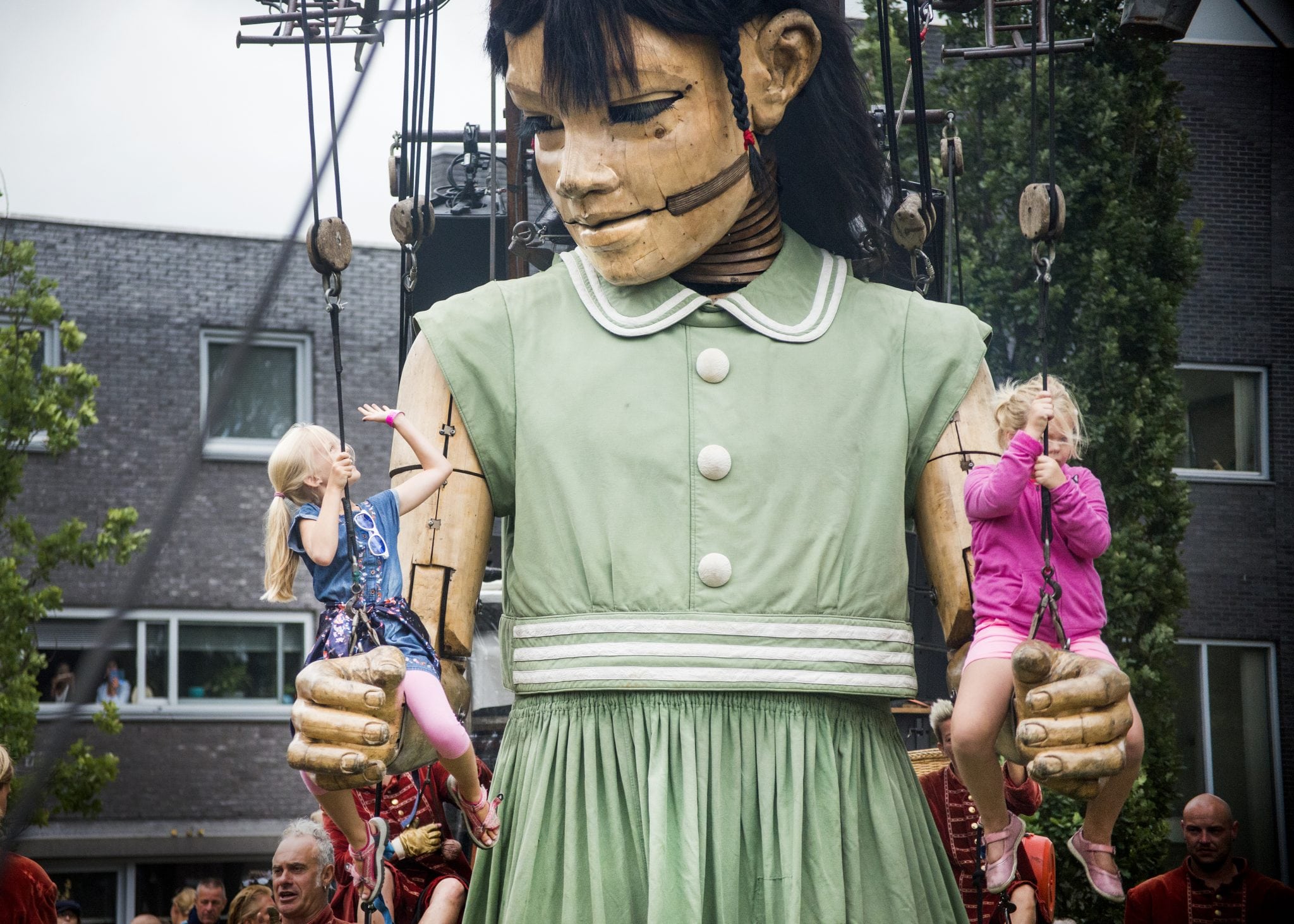 The Royal de Luxe giant girl, diver and Xolo the dog were one of the biggest events of the Leeuwarden-Fryslan European Capital of Culture year in 2018, literally and figuratively. The performance by the giants cost 1.1 million euros, which 500,000 euros more expensive than initially budgeted, and drew around 134,000 people to the city. It was recently made known that for each euro that was invested in the LF2018 year, the province of Friesland brought in 2 to 3 euros from visitors and event attendees.

Public transportation delays on Monday morning due to strike