Leeuwarden: There is some magic in the air

Ekaterina Netchitailova is an academic who recently moved to Leeuwarden. She has lived in four different countries and in a number of different cities, so how did the Frisian capital seem to a complete newcomer? This is the second in a three-part series exploring feeling ‘home’ in Friesland. You can read the first here.

The next day of my stay in Leeuwarden, I woke up in a rather good mood, ready to finally familiarise myself with the city. If I didn’t like it, no job could bring me to the place, as I had an established life back in Sheffield, with a possible move involving relocating with a child who is nine and a fifteen years old cat. My good mood was also due to the fulfillment of the promise on the part of the hotel. They had promised ‘good coffee’ on their site, and the coffee was indeed good. The room had an espresso machine, but as I would learn later, good coffee is a trait of this place. The Netherlands is indeed a country that nailed the coffee consumption to perfection, but Friesland, oh Friesland, had gone even further in their rituals with coffee. Almost all hotels (at least the ones I visited here) have espresso machines, and Stenden university where I had my job interview, has free coffee for BOTH students and staff.

The next unexpected thing that greeted me in the north of the Netherlands, was the quietness of the town on a Sunday morning. I left the hotel at ten, ready to explore its cultural marvels and also indulge myself in that best shopping experience in the whole Netherlands that all references to Leeuwarden mentioned on different websites. I try to avoid shopping in my daily life, but since it was presented as one of the main attractions, I was willing to explore what it entailed. I was also curious about that special aura of the town: did it have one? Would I feel it? Would it click with my own persona? I firmly believe that each town has an aura, a special soul, that can be better situated to one individual or another. This soul can’t be felt anymore in highly commercialised places, unfortunately.

The soul of Leeuwarden greeted me with a heavy, impromptu rain, and total absence of any people whatsoever on the main street of the town, Nieuwestad. All shops seemed to be closed, and marching alone under the rain I reached the Odehove, with its leaning silhouette, somewhere around ten thirty on Sunday morning. I am glad now that I approached it one-to-one, as the Odehove building could share with me its magical glory, telling me its secrets, without being interrupted by anyone else. I was so enchanted by it, so transfixed, that closed shops and absence of people, became suddenly an asset while communicating with this beauty.

Under its spell, I quickly passed the Kleine Kerstraat with the shops still closed, to come across a place called ‘Fire Café’ that had a welcoming feel to it before I even took my chair to have a coffee, since there was nothing else to do. The name of the café wasn’t deceptive; all outside chairs have an outdoor heating spread around a fire pit, and thus, represents the name of the place itself. I ordered a coffee verkeerd (coffee with milk, but don’t confuse it with latte!), and relaxed in the surroundings. Suddenly, the fact that it was so quiet on Sunday morning, became a beautiful and welcoming revelation. I forgot what it meant to enjoy the quietness of the moment, to admire the beauty of the surroundings in itself, without it being linked to consumption (my order of coffee, apart), or crowds of people marching in search of instant gratification. Back in the UK, shops open at ten each Sunday morning, and while it might be convenient when one needs to buy something urgently, people tend to forget that the best moments come from experiencing something rather than buying, from meditating on how the week went by, from catching that calm moment just for oneself, from not being distracted. 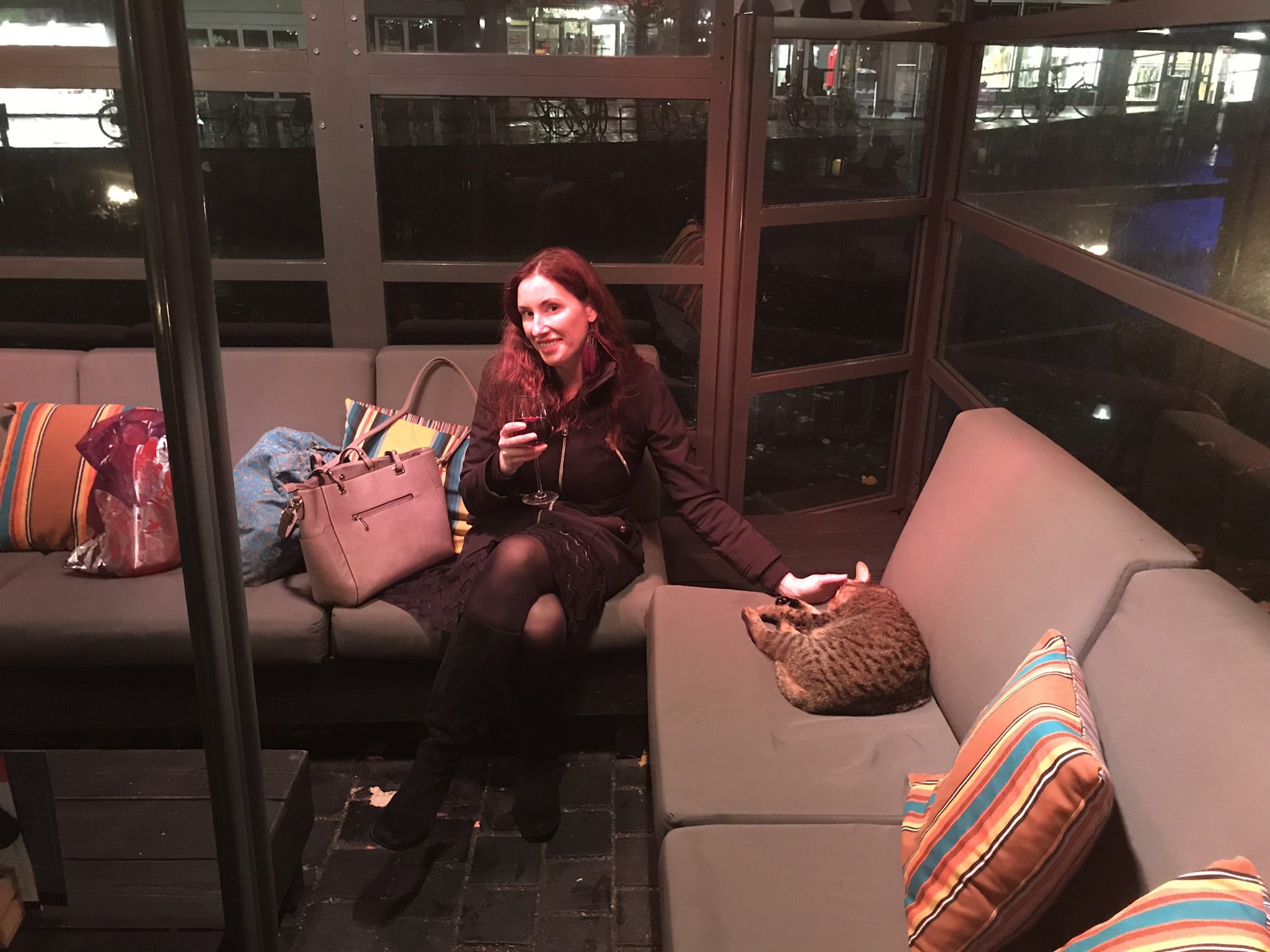 My coffee verkeerd appeared a moment later, together with a biscuit, but also a piece of cake, all included in the price of just one coffee. It emerged from the conversation with the guy who served me, that they do it occasionally, because it’s Sunday, and ‘why not’? By the end of my very tasty coffee, after having eaten the cake, which was also delicious, I was falling in love with Leeuwarden, without even seeing all of it.

The rain, the magical Odehove, the quietness of the streets on Sunday morning, the picturesque canals, the welcoming café, the dining experience of the Michelin restaurant the night before, the slightly disorganized and unexpected aspect of it all, I was in the middle of some magic, that was my conclusion.

The next installment of Ekaterina’s story will be released next week. Stay tuned for more!