Three popular exhibits on display in the north – David LaChapelle’s“Good News for Modern Man” at the Groninger Museum, “Escher’s Journey” at the Fries Museum and “Iran – Cradle of Civilisation” at the Drents Museum – are coming to an end.

Both of the exhibits will run until the 28th of October. The Groninger Museum exhibit features surreally colourful photographs created by the internationally-acclaimed American photographer David LaChapelle. “Escher’s Journey” in Leeuwarden features sketches by Friesland-native graphic artist M.C. Escher. A spectacular exhibit featuring hundreds of year’s worth of art and artefacts from Iran is also entering its final months in Drenthe.

Hawaii-based David LaChapelle’s “Good News for Modern Man” opened in April at the Groninger Museum and features more than 70 large format photorealistic works in his psychedelic fairytale style. LaChapelle’s art blends impactful portrait photography with playful collages, which LaChappelle creates largely by hand. This is the first large-scale LaChappelle exhibition in the Netherlands, and the massive photorealistic works of art are captivating.

“Good News for Modern Man” runs until the 28th of October 2018 at the Groninger Museum (Museumeiland 1, 9711 ME Groningen). Tickets are 15 euros for adults and free for Groningen students.

The Frisian artist M.C. Escher, Maurits Cornelis Escher (d. 1972), was born in Leeuwarden and has been exhibited in every major gallery in the world. “Escher’s Journey” at the Fries Museum brings the printmaker’s work back to the north. Escher was inspired by his extensive travels across Europe, particularly Italy, and his tessellations are instantly recognisable. Each pattern utilised mathematical reasoning to create a shifting, dancing and transformative pattern. The exhibition even lets visitors make woodcuts in a reconstruction of Escher’s own studio, and has been so popular that the museum has extended its opening hours to accommodate demand: visitors are allotted a specific hour-long window to visit the exhibit, so be sure to book in advance. 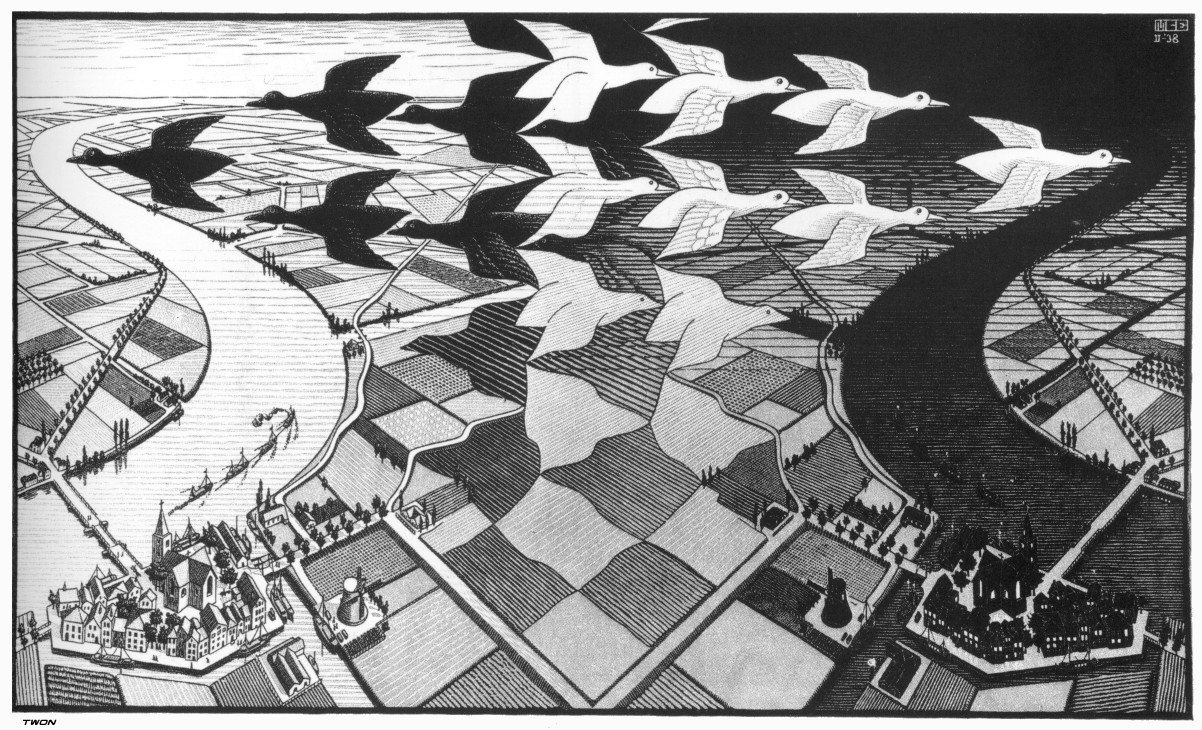 Not ending until the 18th of November but equally worth a visit,  “Iran – Cradle of Civilisation” at the Drents Museum includes around 200 unique objet d’art from 7000BCE to 1700CE, such as awe-inspiring cuneiform tablets from the Sumerian civilisation featuring some of the earliest writing systems in human history.Several items are on loan from the National Museum of Iran in Tehran, including a number which have never before been exhibited outside of Iran.