King’s Night and Day in Groningen - The Northern Times

King’s Night and Day in Groningen

The Northern Times’ Traci White is covering the biggest party in the Netherlands: King’s Day in Groningen. The northern city is the Dutch town that gets to host the royal family this year, and festivities kicked off on Thursday night – King’s Night – in the Stadspark and on the Vismarkt. Here are the photos from the flea market – check back later for photos of the king’s visit! 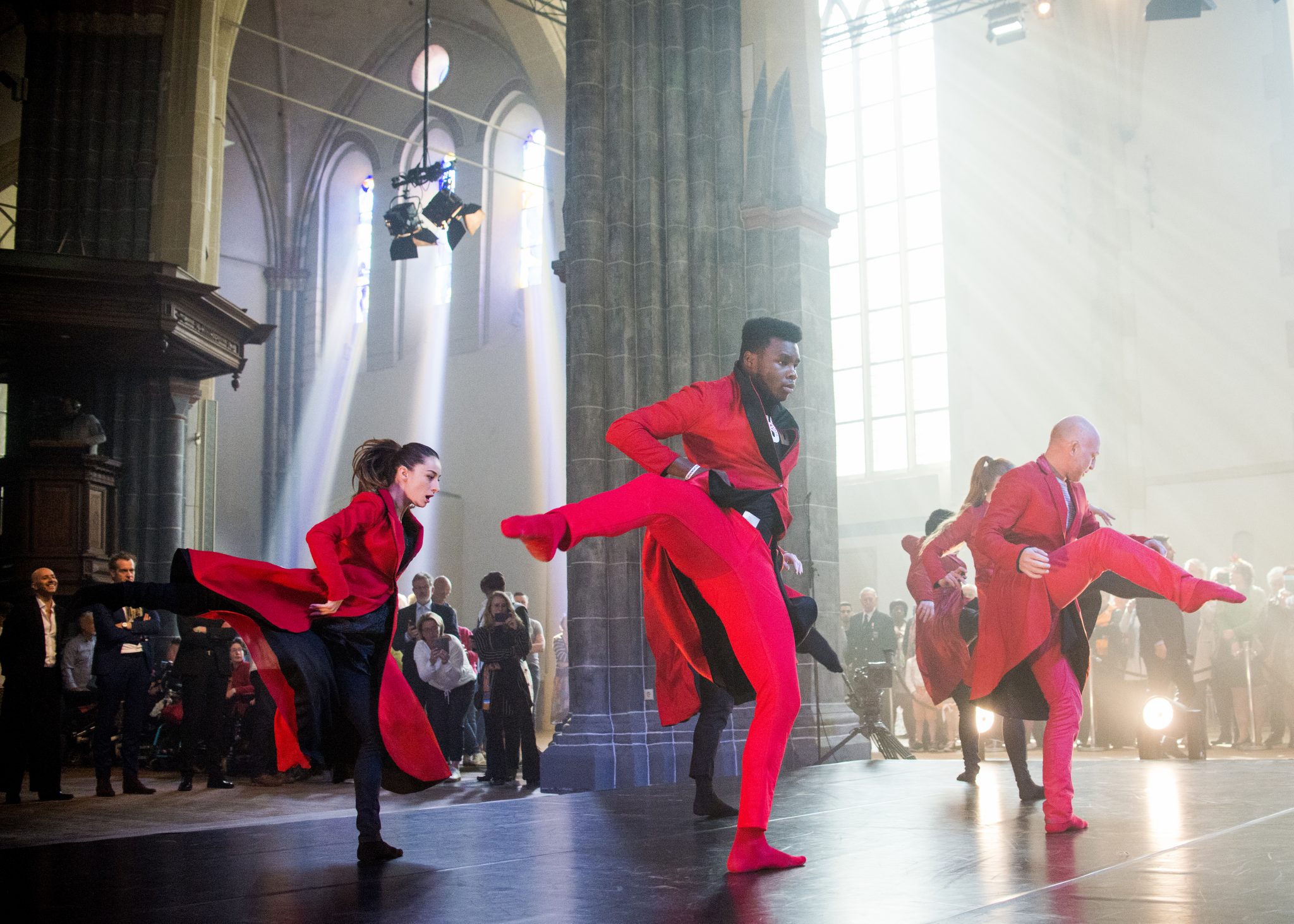 Dancers from Club Guy & Roni rehearse their routine inside the Martinikerk. 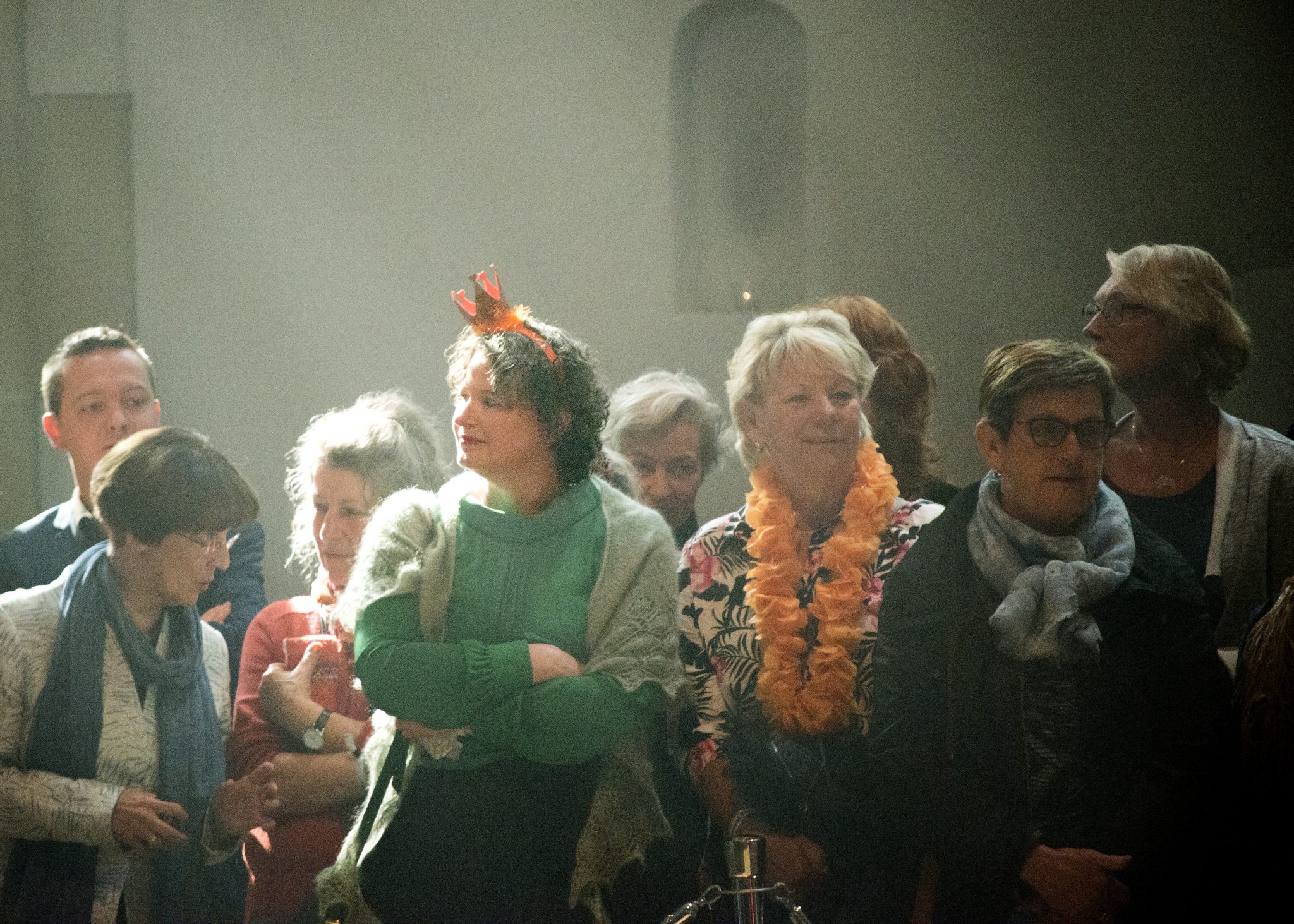 A small crowd awaits the arrival of the royal family in the Martinikerk. 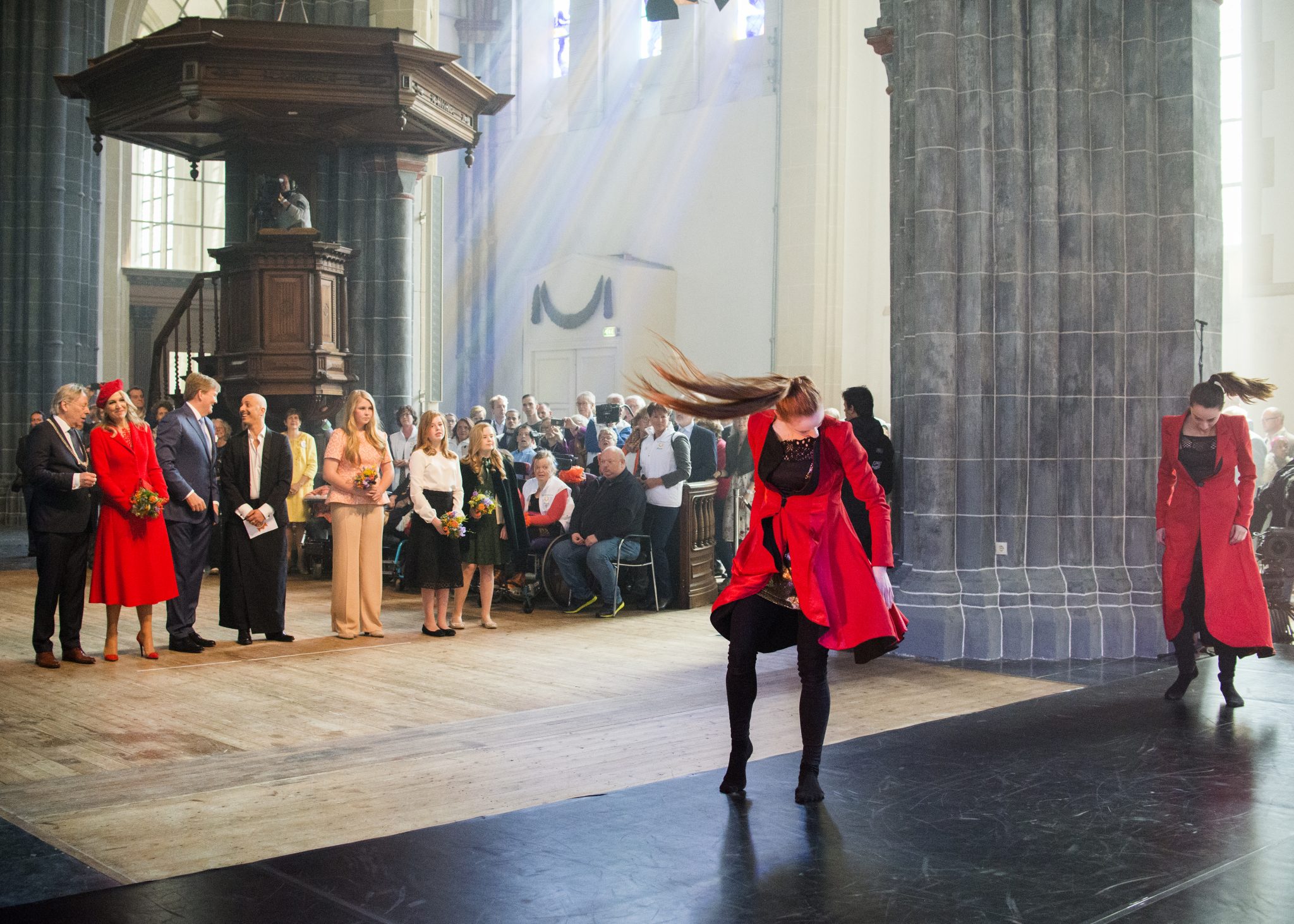 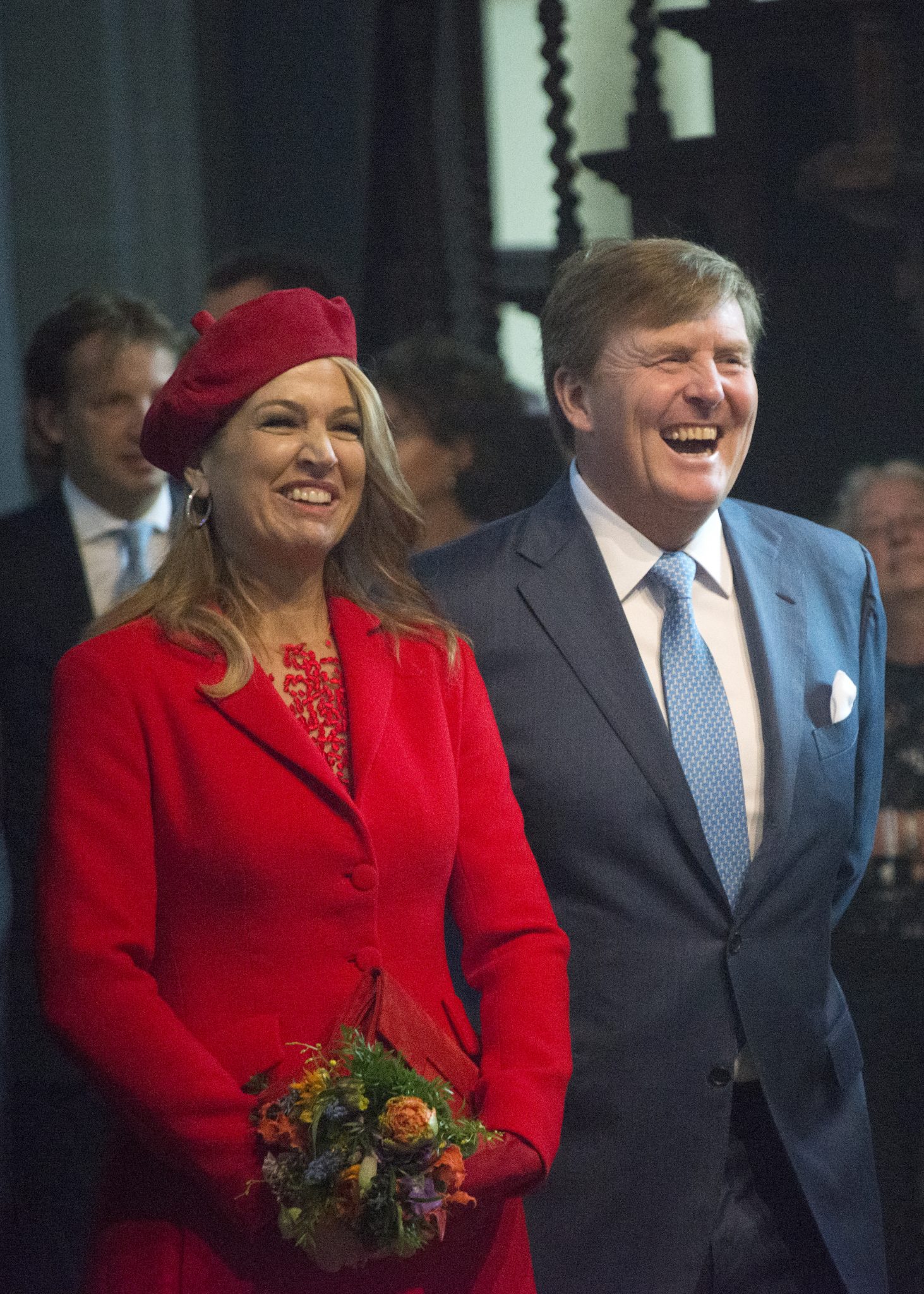 King Willem-Alexander and Queen Maxima of the Netherlands enjoy a dance performance by Club Guy & Roni in Groningen on King’s Day. 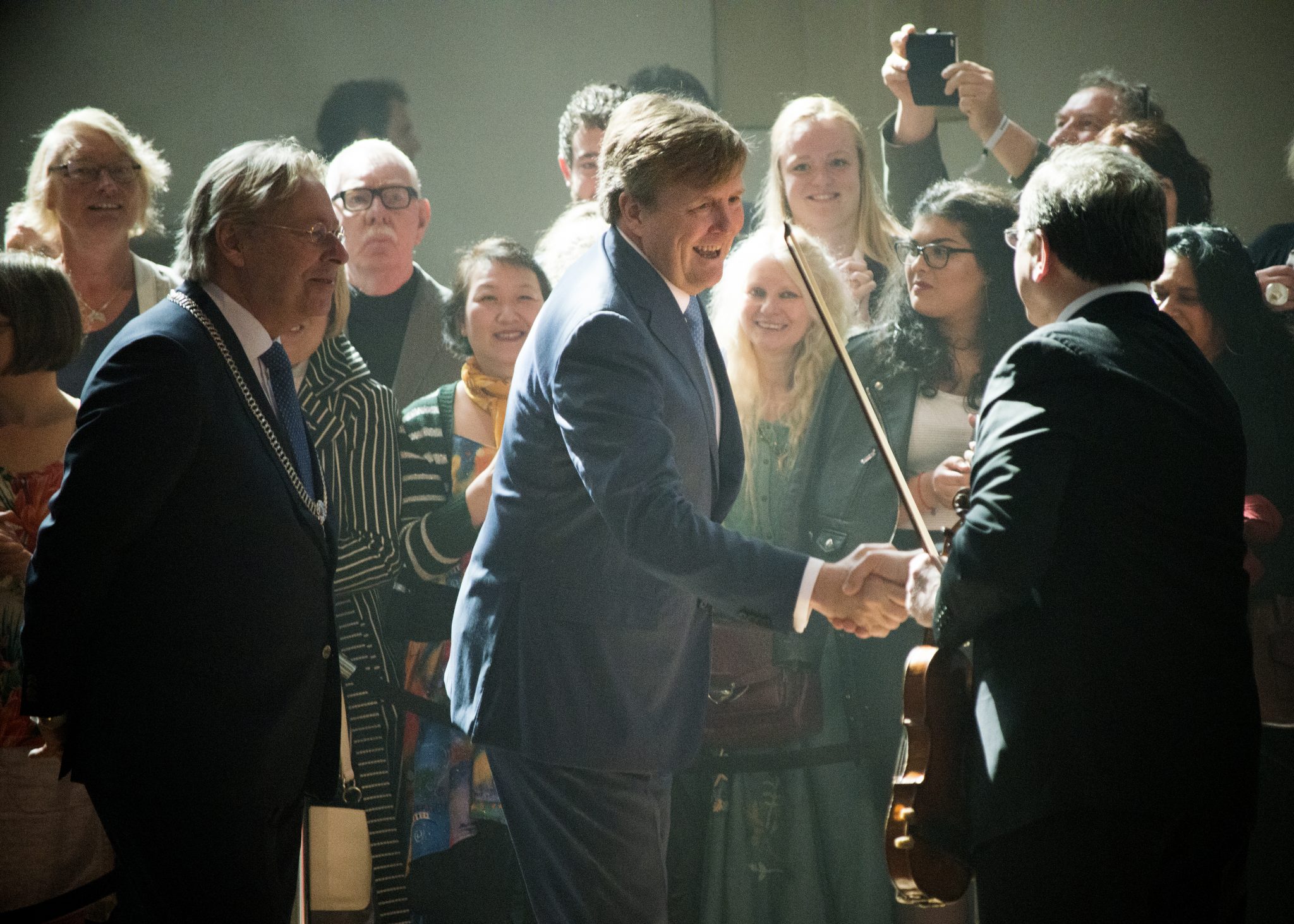 King Willem-Alexander shakes hands on his way out of the Martinikerk in Groningen. 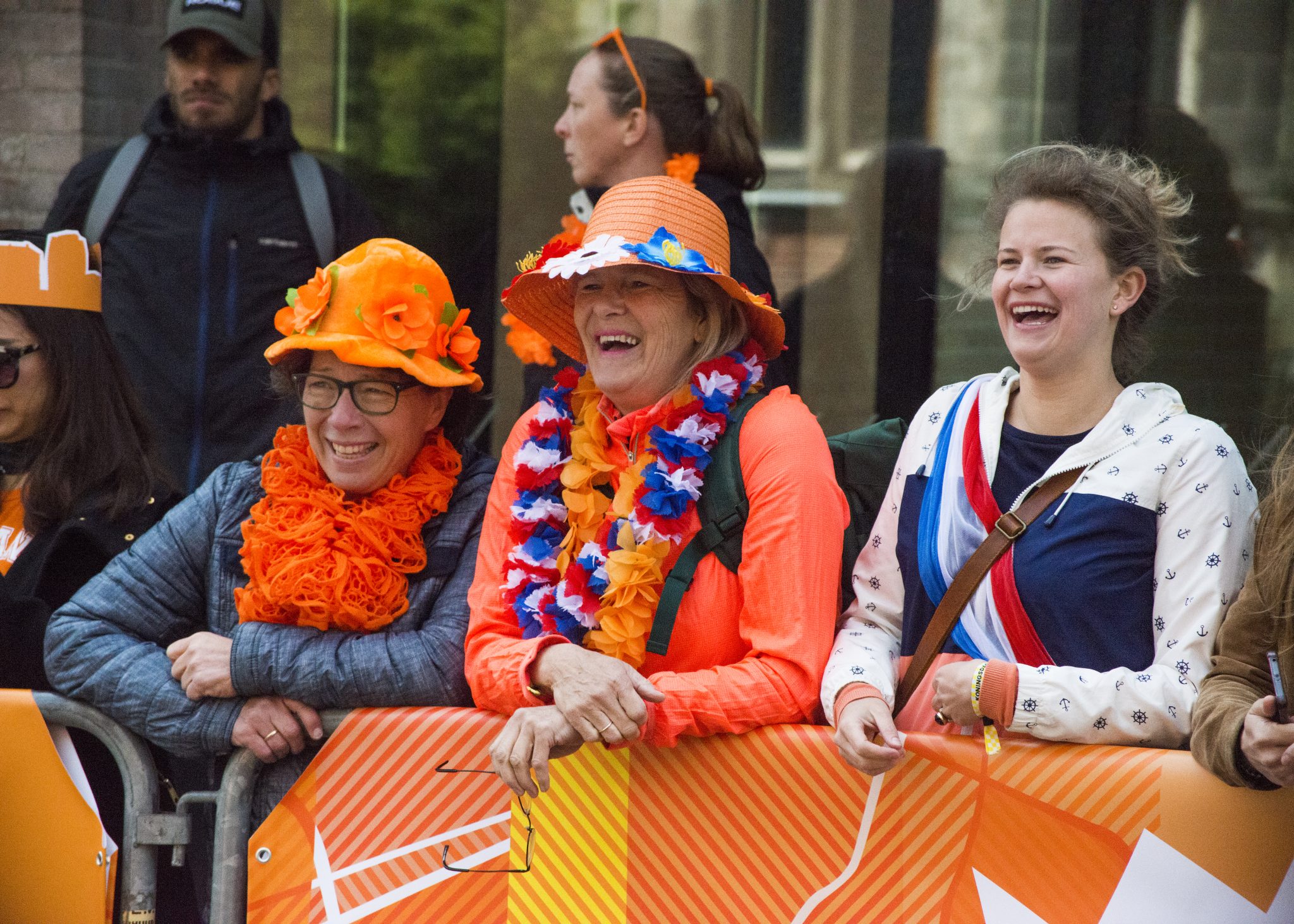 Orange-clad spectators await the arrival of the royal family in front of the Academy Building at the University of Groningen. 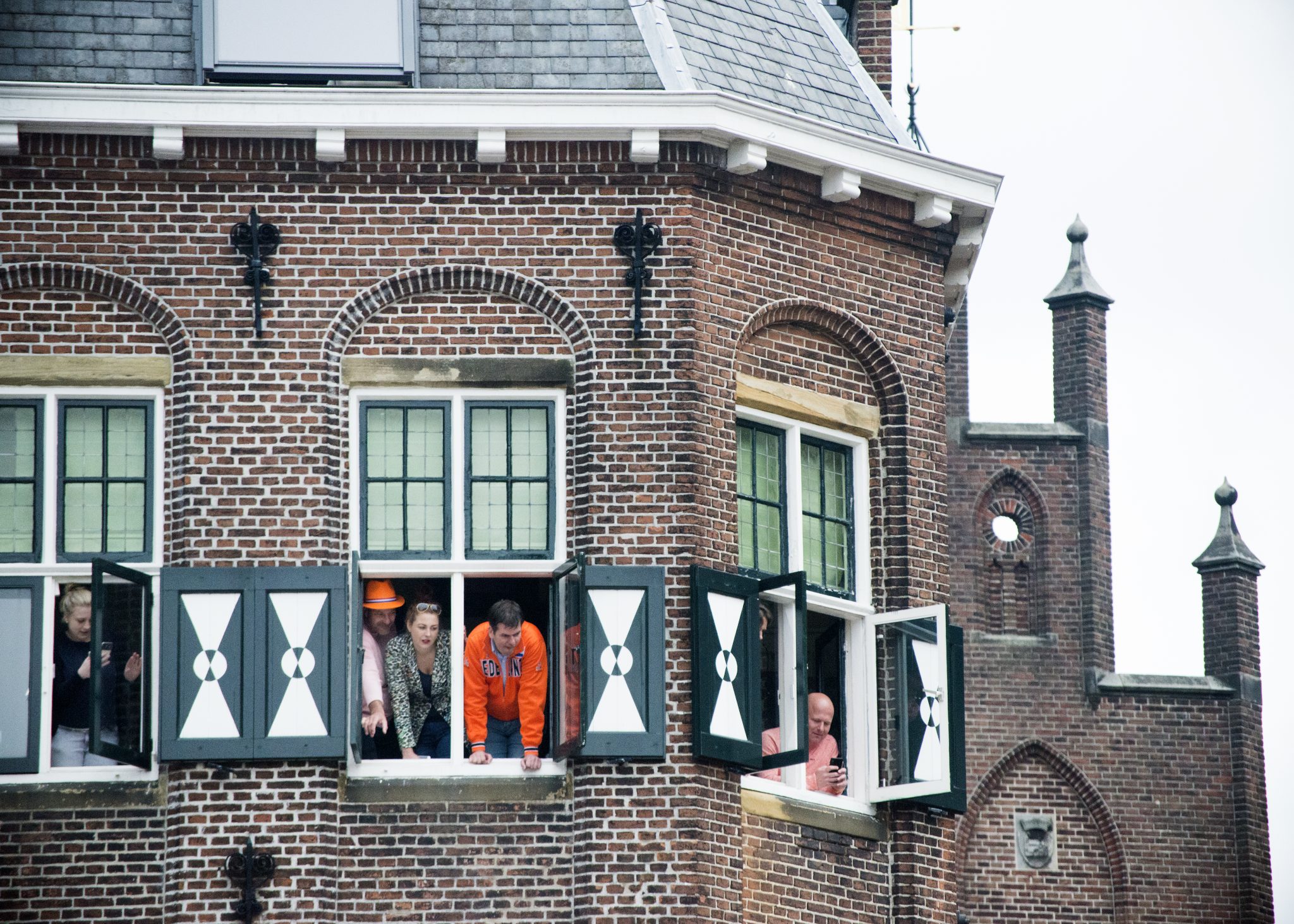 Groningen locals watch the King’s Day proceedings from above the Academy Square. 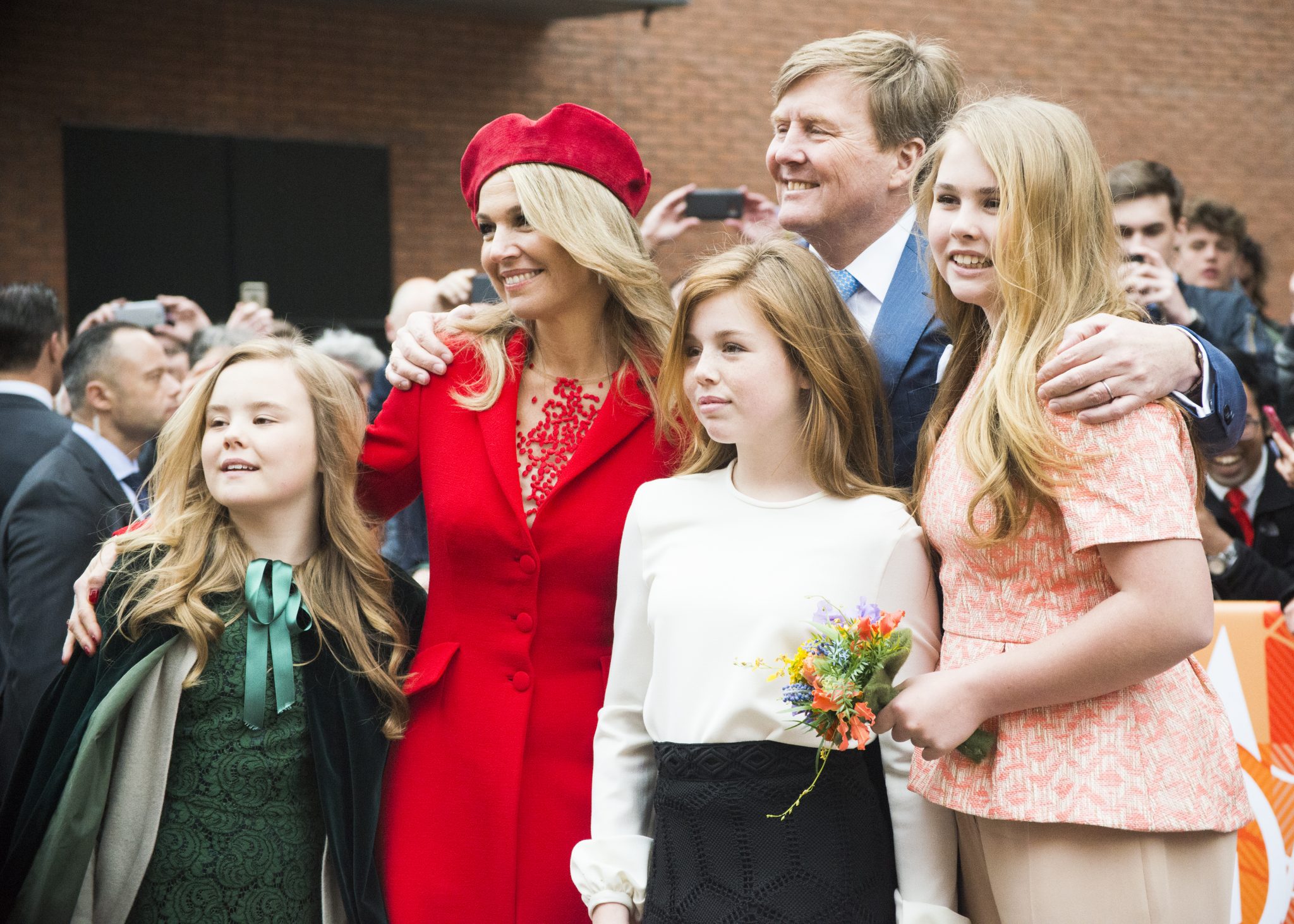 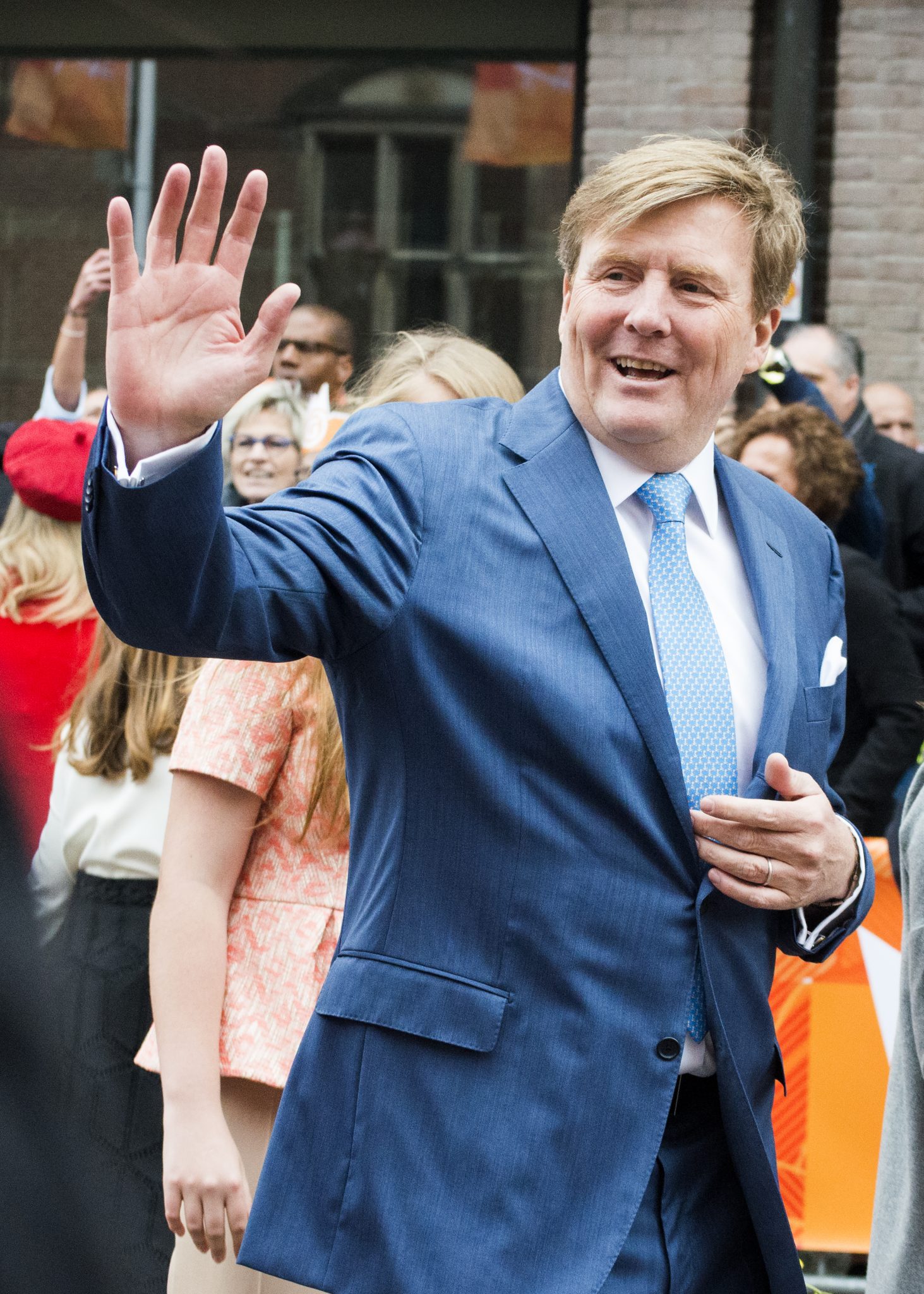 King Willem-Alexander waves to the crowd at the Academy Building in Groningen. 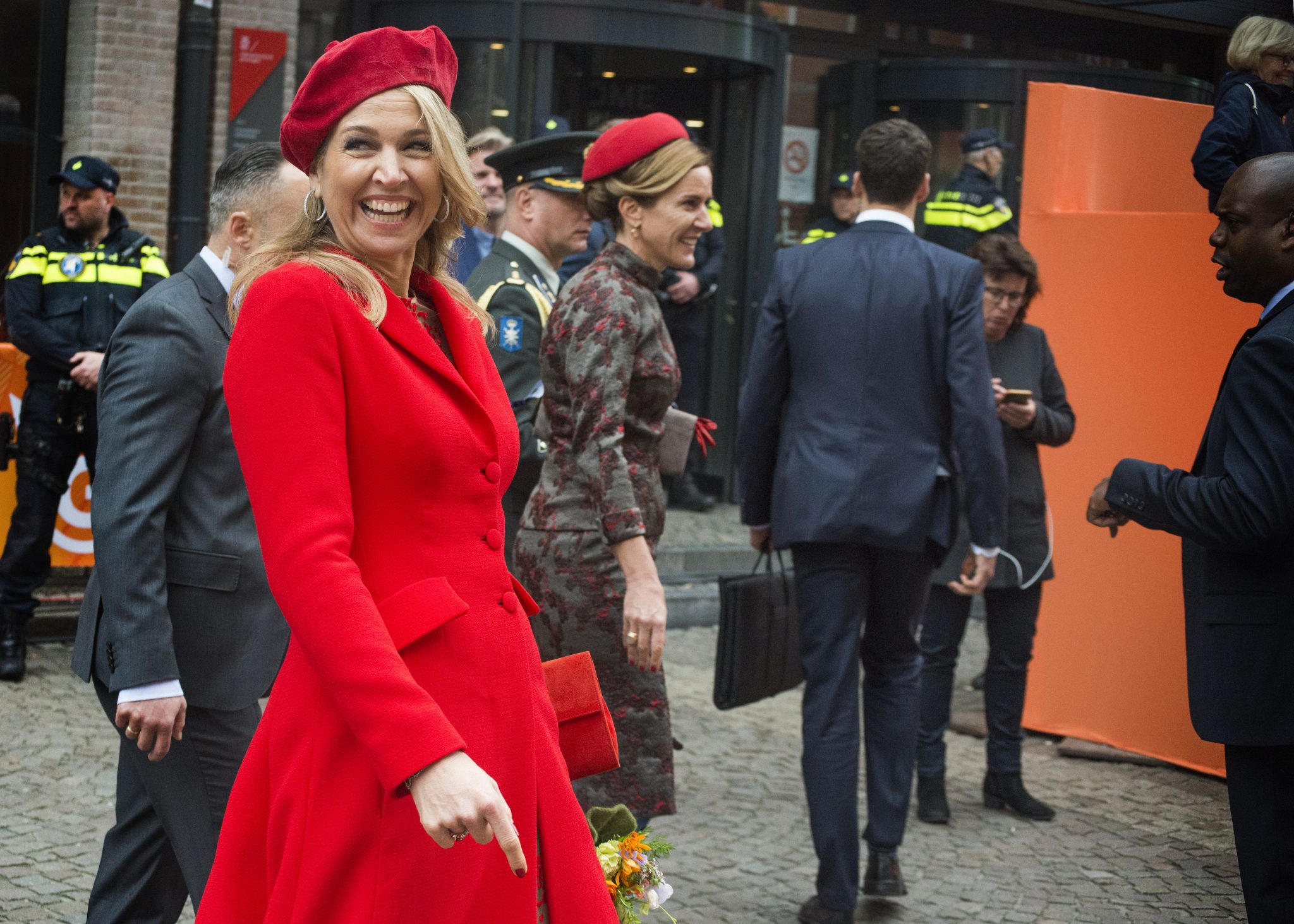 Queen Maxima briefly speaks to the press on her way to the Academy Building on King’s Day. 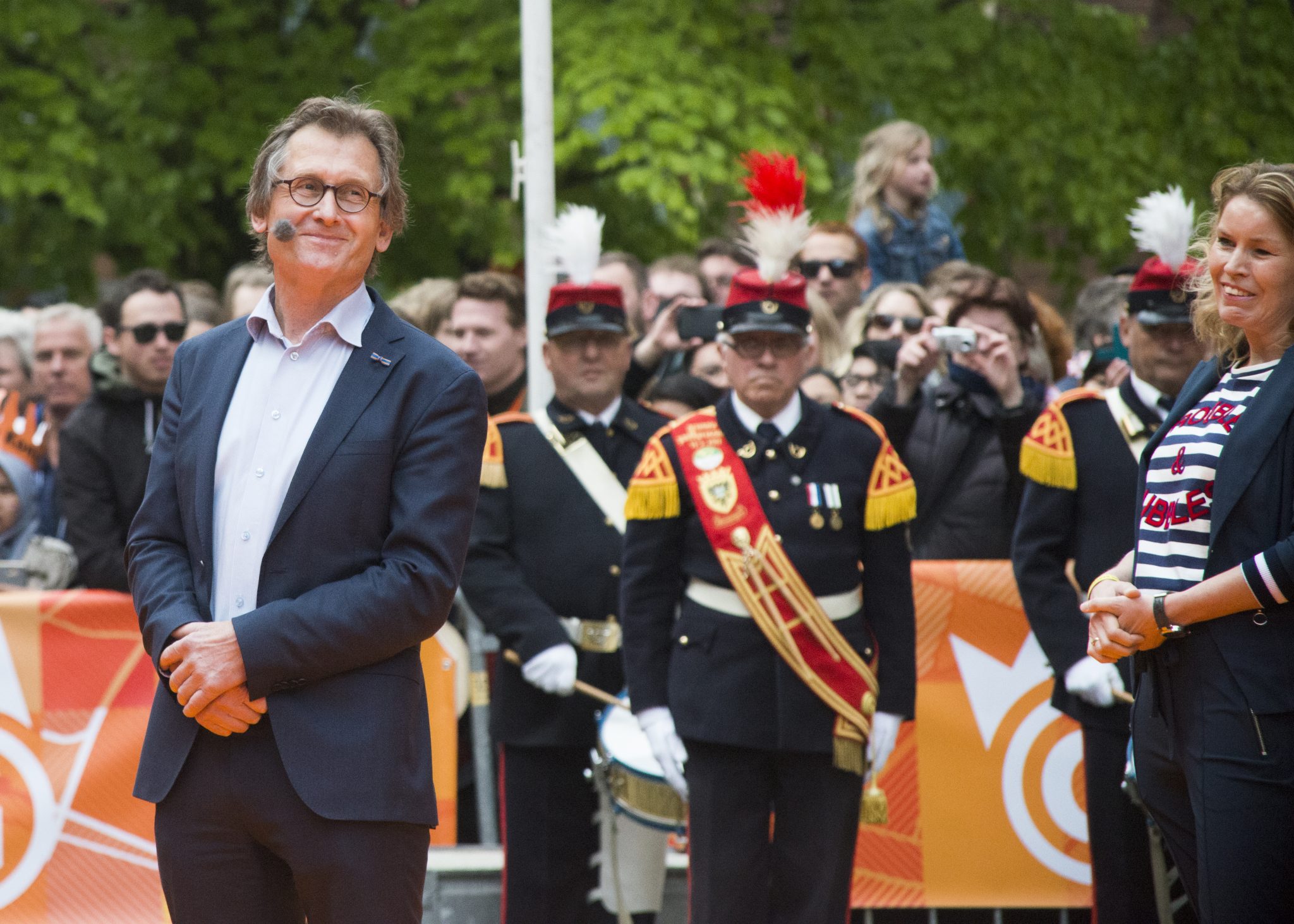 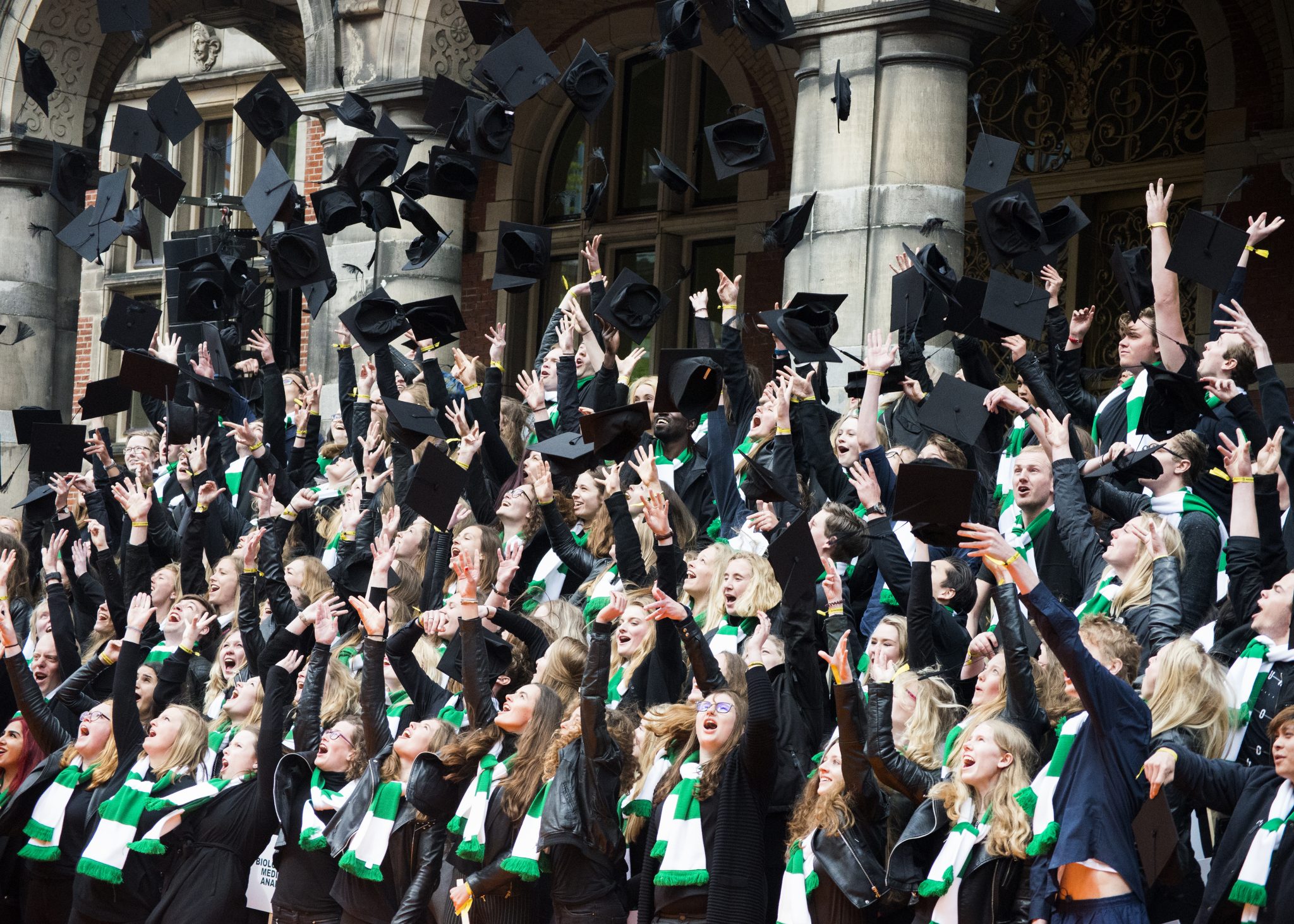 Students representing the various academic programmes at the University of Groningen toss their mortarboard hats into the air. 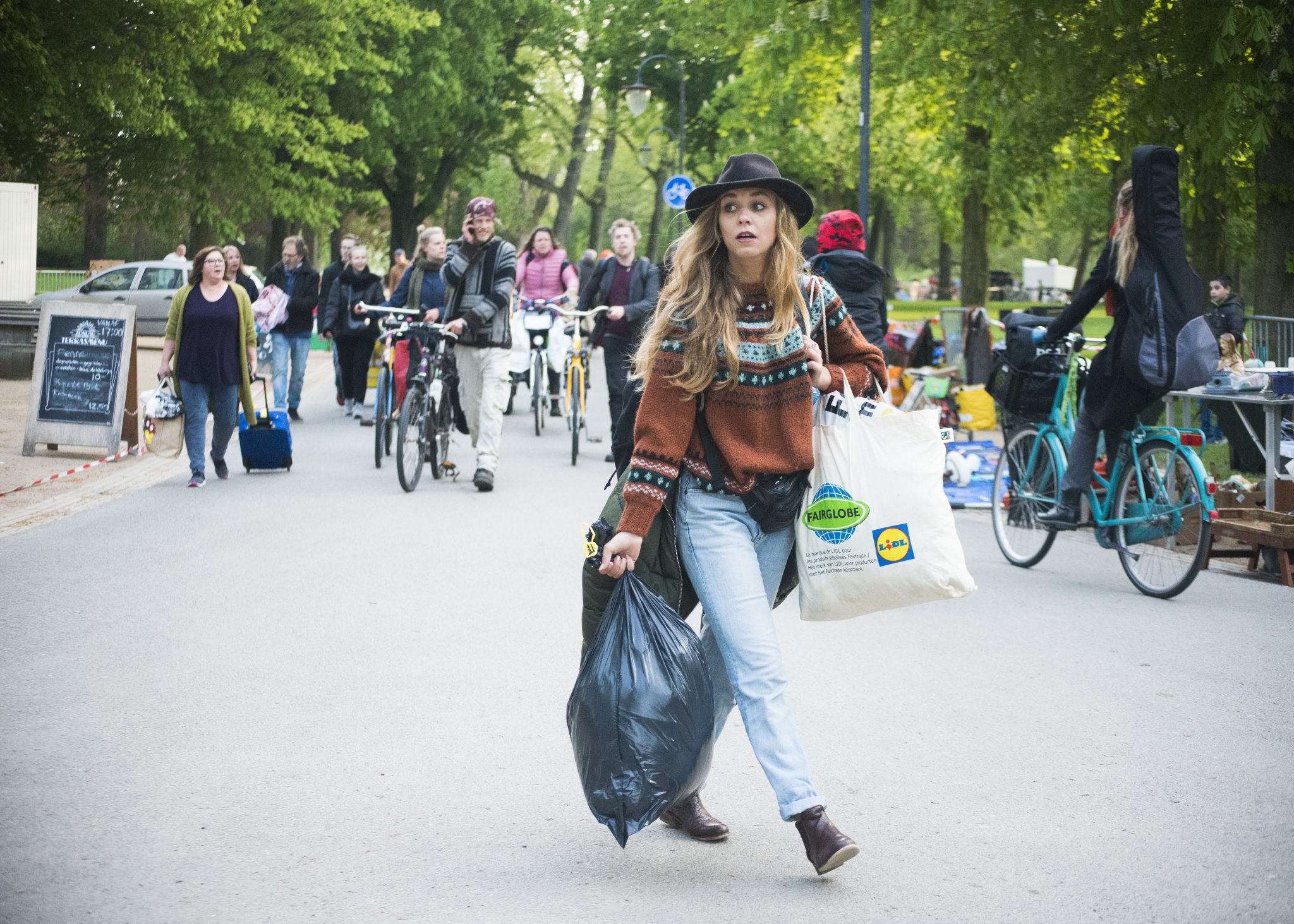 Would-be flea market participants search for a spot to sell their wares just after 7 a.m. 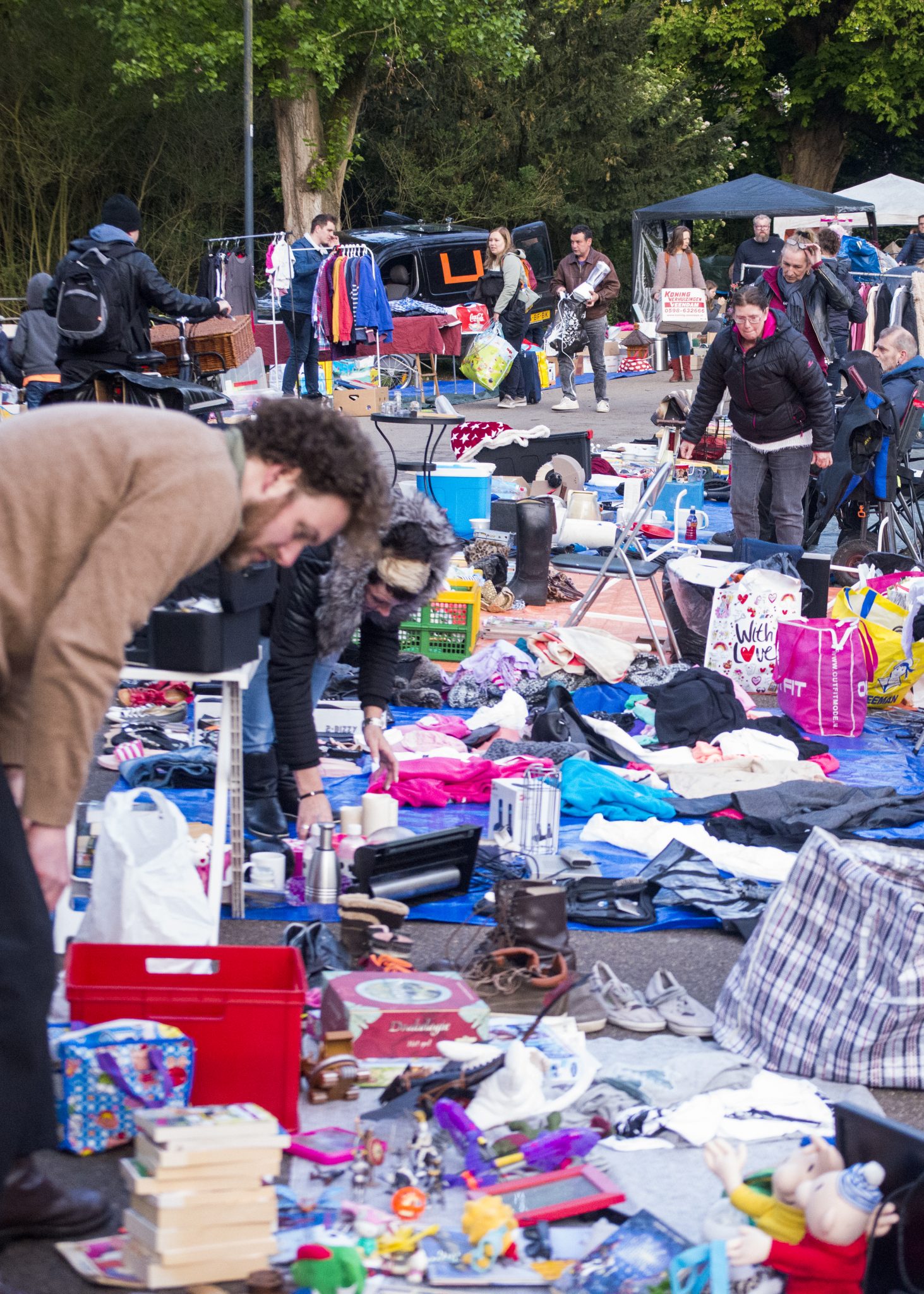 Even though the park opened officially at 7, all the spots to sell were almost immediately taken. 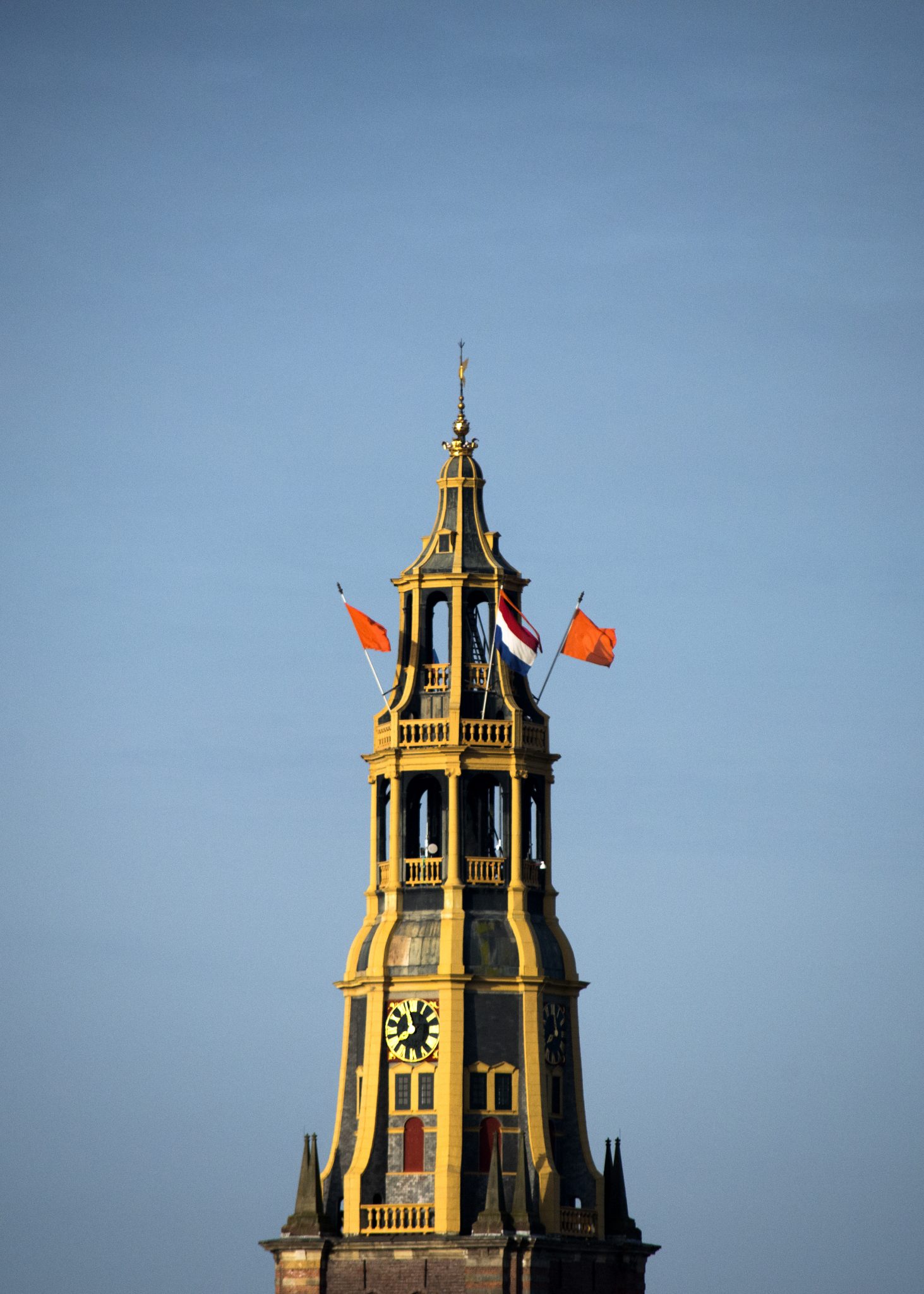 The Aa Kerk and other churches, towers and buildings across town are flying the Dutch colors for King’s Day in Groningen. 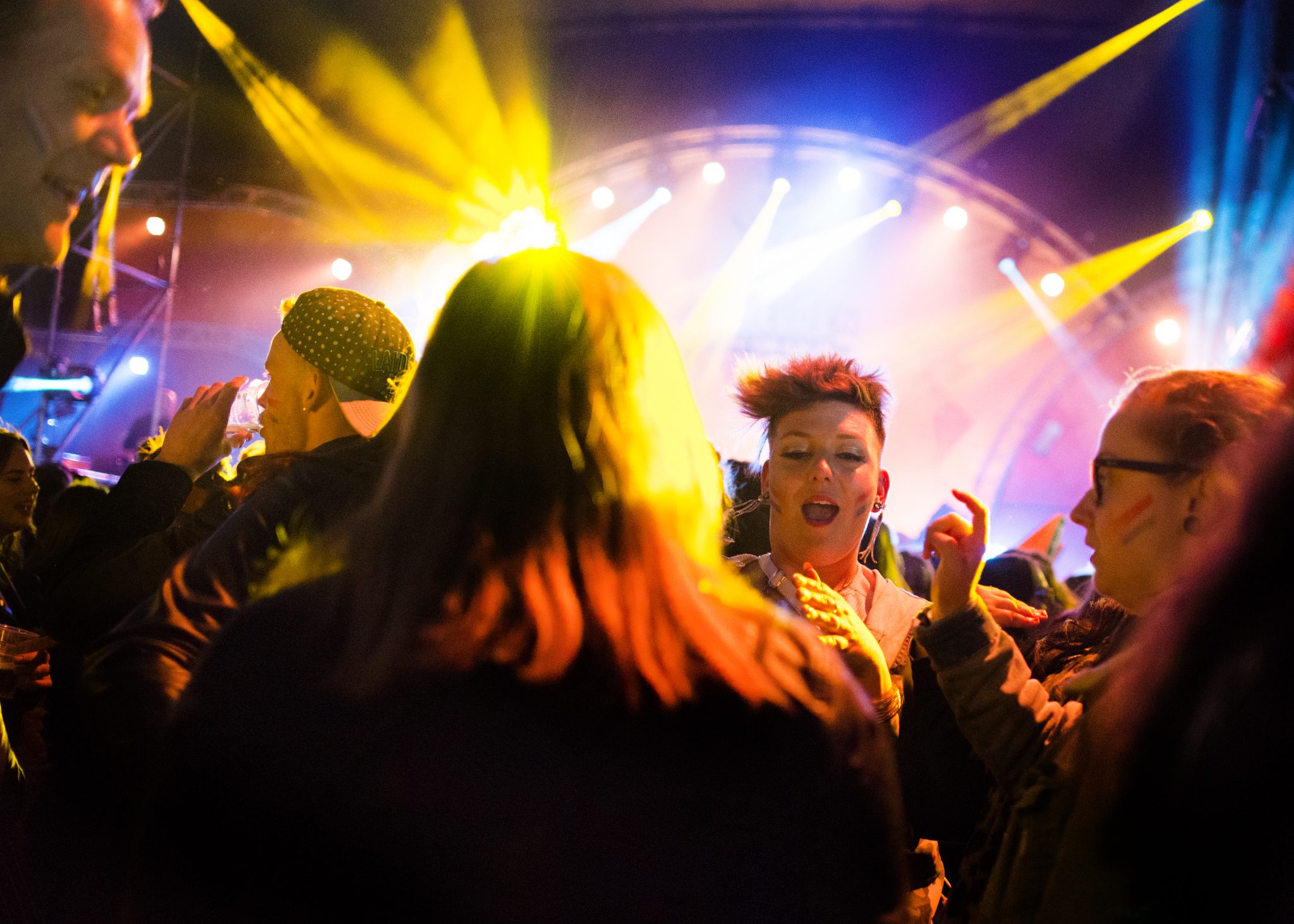 Party goes clad in orange and Dutch flag face paint sing their hearts out during the Helden van Orange concert in the Stadspark on Thursday night. 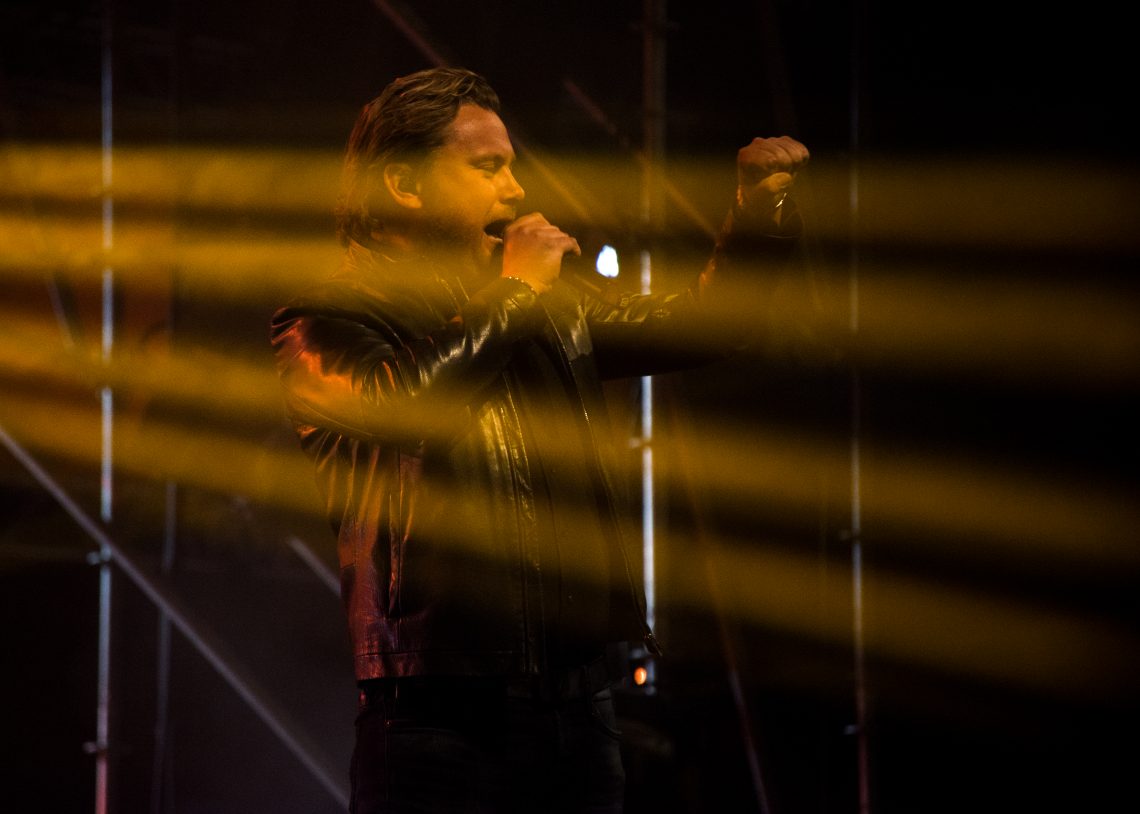 Wesley Bronkhorst serenades the crowd as Helden van Orange gets underway. Musical acts will be taking the stage in the Stadspark until 1 in the morning. 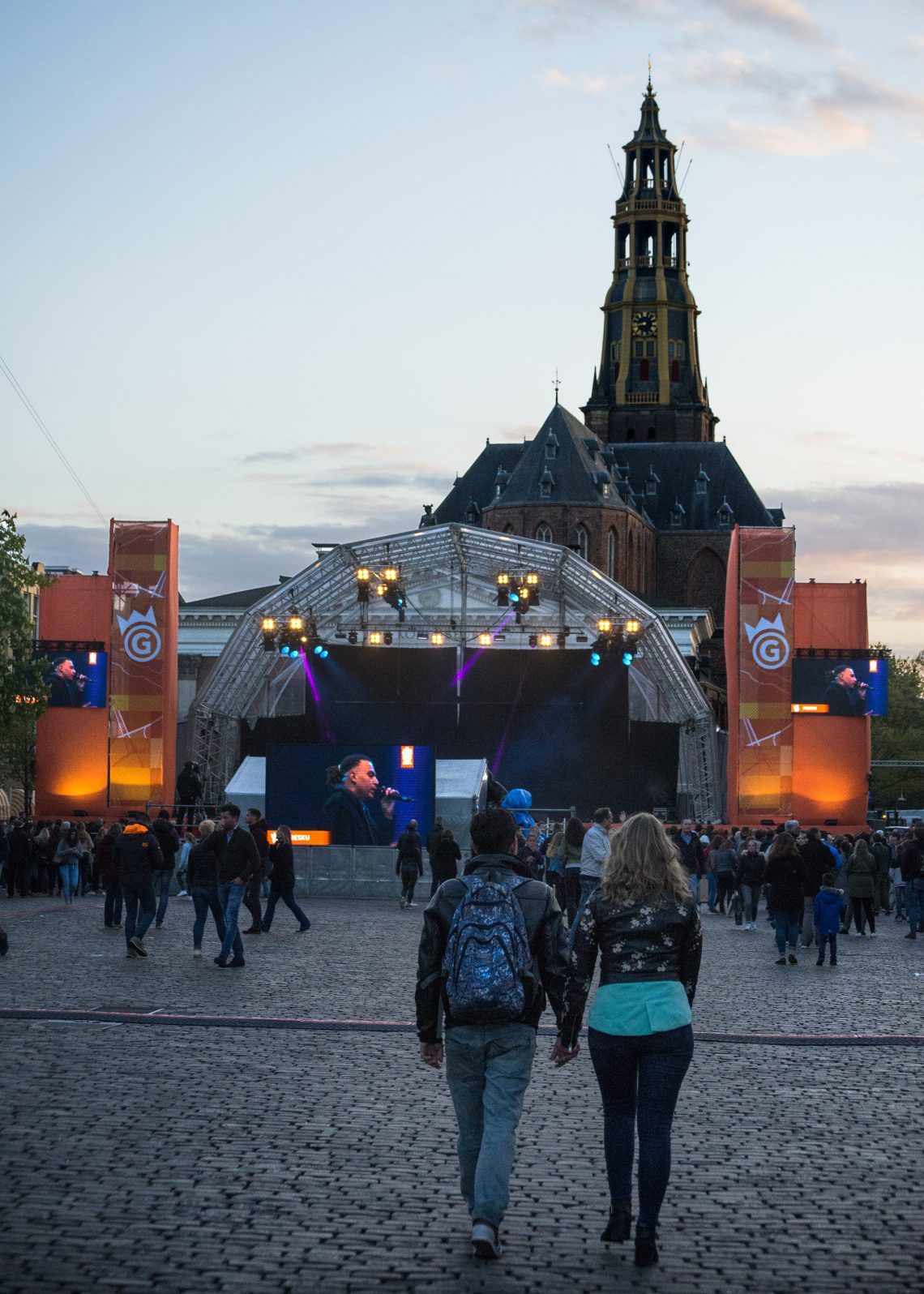 A young couple walks hand in hand toward the main stage on the Vismarkt as Dutch hip hop artist Fresku kicks off the programme in the city centre. 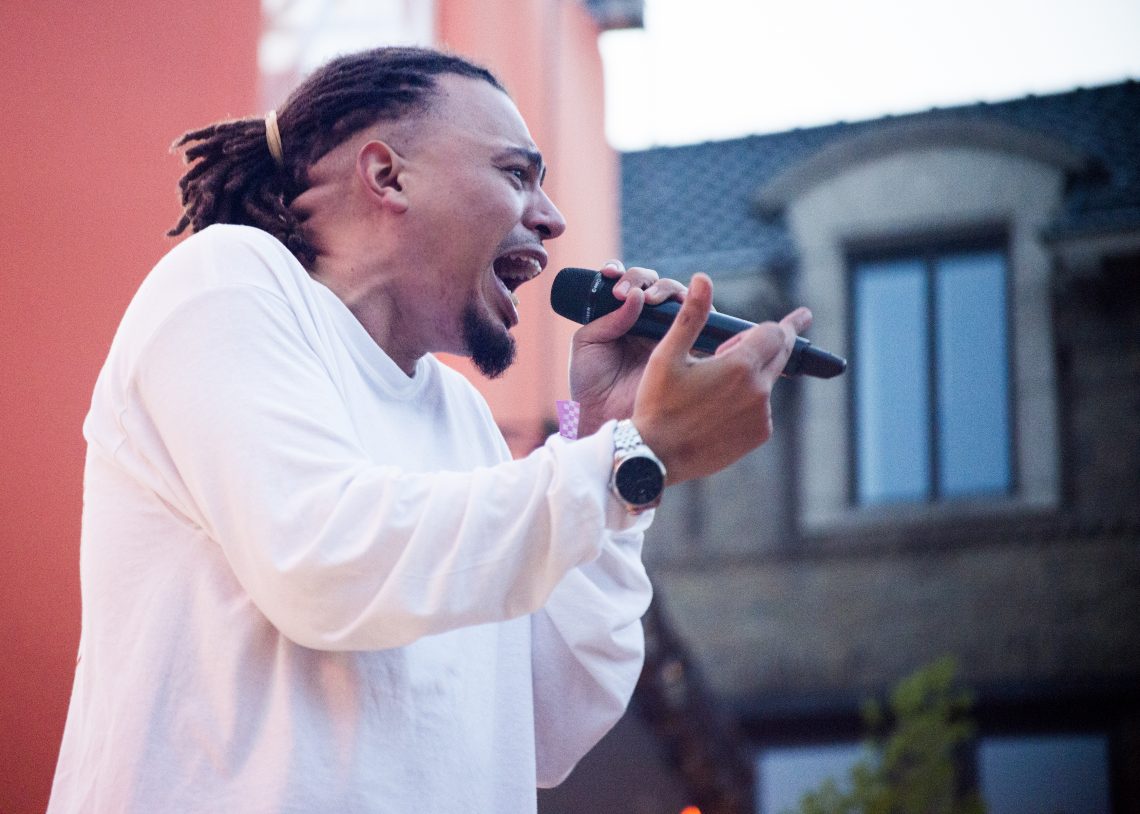 Fresku performs a set on the main stage on the Vismarkt in Groningen on King’s Night. 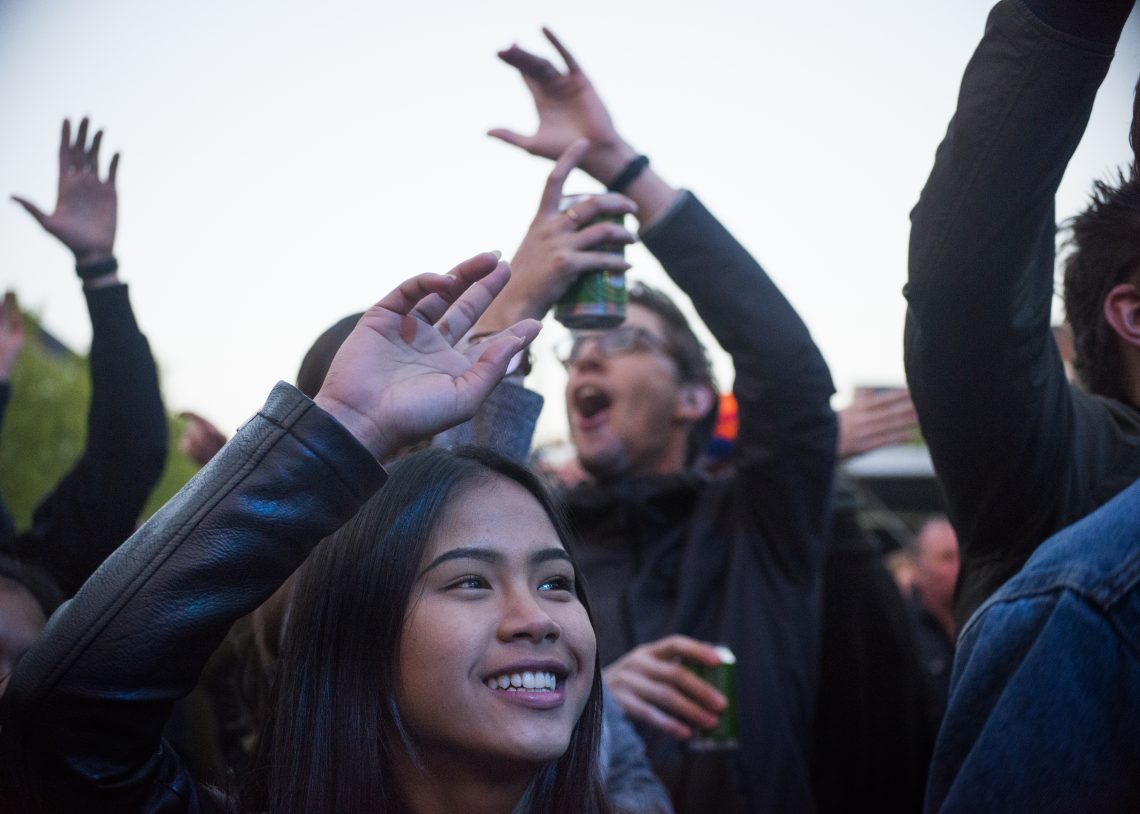 The crowd on the Vismarkt jumps and waves their hands as they get into Fresku’s set on King’s Night.

Traditional Frisian names could die out within 50 years, says professor

Elfstedentocht committee: organising a race this year would be irresponsible

Drenthe to be part of Liberation Route Europe