James Bond and the stolen Christmas tree in Groningen

No, it is not the title of the next James Bond film, but it is a true story: a Christmas tree was stolen from in front of the house of James Bond, an international resident of Groningen.

Bond moved to Groningen from Sydney, Australia in March last year with his wife, Sarah Bond, for work. The couple had just bought two small pine trees to place in front of their home and was planning to decorate them for Christmas. But one of their Thuja pines, which each cost 25 euros, was stolen from in front of their home on the Padangstraat in the Korrewegwijk at 6:21 am on Saturday. 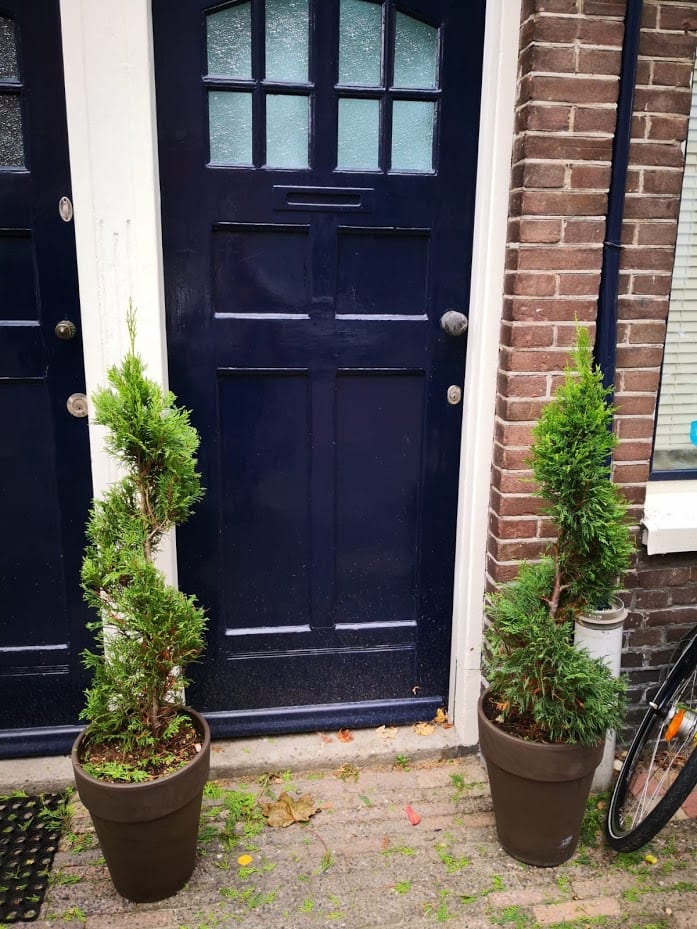 But the perpetrators did not know who they were dealing with: James Bond had a home security camera installed at his front door. The two perpetrators, who appear to be young men, were clearly caught on film and did not hide their faces. Bond has not contacted the police yet, but he posted the footage in several Facebook groups and offered a reward for help identifying the “scumbags” who took the tree.

“It’s not the value, it’s the fact that we have put so much time and effort into trying to make the street nice”, Bond says. He and his wife have been working to create a makeshift garden outside of their home to brighten up the street for a while, and the Christmas trees were a part of that. “We bought heaps of plants, we had the council come and install a small urban garden, we adopted the tree and the public garden just outside of our house. We really do want the neighbourhood to look nice for everyone.”

Bond says that given the age of the men in the footage, he would not be surprised if the culprits were students. “It’s a shame that folks do this, but then again, I was a student once too and also did silly things. But seriously, it is not okay. We would really like to have our tree back: the other one is lonely now.”

Bond posted a short movie of the theft in the Facebook group Expats in Groningen. If you recognise the tree thieves or have any information about the whereabouts of the tree, you can contact James Bond via email.

Emmen getting its own “Night Watch”