How many millionaires live in the north?

by The Northern Times
in Economics
0

Haren in Groningen, Westerveld in Drenthe and Schiermonnikoog in Friesland are the municipalities in each northern province with the highest percentage of millionaires.

Dagblad van het Noorden looked at the provinces of Groningen and Drenthe in particular, and the Leeuwarder Courant checked out the situation in Friesland. The findings, which were tabulated by the Dutch Central Bureau of Statistics, found that the Netherlands now has the most millionaires it has had since 2006.

It may not come as much of a surprise to anyone who has admired the beautiful homes in the town that Haren has the most millionaires in Groningen, albeit only 3.7 percent of the residents. The other municipalities with a relatively high concentration of millionaires were clustered along the northern coastline of the province: De Marne (2.9%), Eemsmond (2.6%) and Loppersum (2.5%). As a province, Groningen was among the three poorest in the Netherlands, along with Limburg and Flevoland: 1.1 percent of the population of each province was worth more than one million euros. Only .5 percent of the residents of the city of Groningen were millionaires, which is roughly 1,000 people. 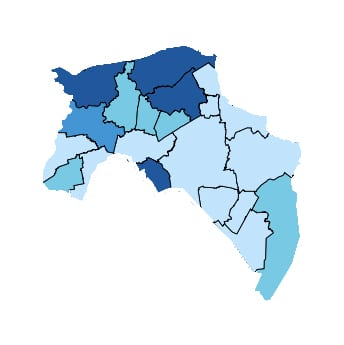 In Drenthe, the southwestern municipality of Westerveld is home to the most millionaires: 2.8% of residents there have assets in excess of a million euros. Its neighbouring municipality, De Wolden, came in second place with 2.6%. The larger cities in the province had fewer millionaires: Assen (.6%) and Meppel (.8%) each had less than one percent. 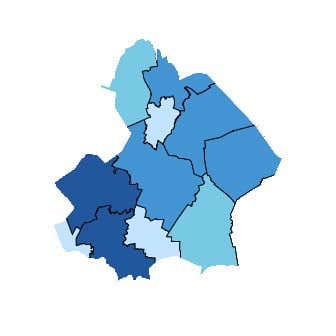 The Wadden Islands were the wealthiest municipalities in Friesland. Schiermonnikoog came in first with 2.4 percent, followed by Ameland (2.3%) and Terschelling (2%). The Leeuwarder Courant reports that despite Vleland having the reputation as being the swankiest of the islands, it had the fewest millionaires in the Wadden region (1.2%). On the mainland, the southeastern municipality of Westellingwerf also had two percent. In a trend that proved true across the entire country, the municipality of the largest city in the province – Leeuwarden – had less than one percent. The Leeuwarder Courant reports that there are 475 millionaires in Leeuwarden. 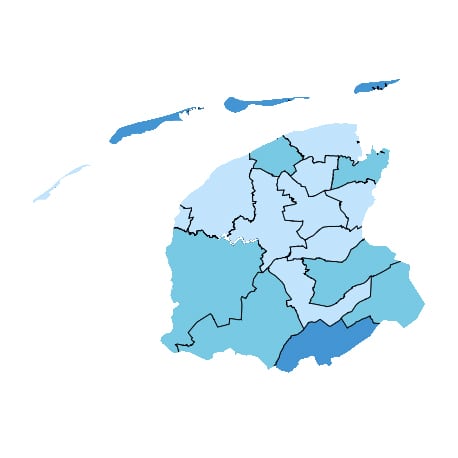 The interactive map of the municipalities immediately reflects the fact that the north has far fewer municipalities with particularly wealthy residents: the darker the shade of blue, the more millionaires they have. Most of Friesland, Groningen and Drenthe are decidedly lighter shades of blue. The Dutch municipality with by far the most millionaires was Laren, which is located in North Holland: 10.9 percent of its inhabitants were worth at least a million. The CBS figures analysed the numbers from the past decade and found that numbers have risen steadily over the past decade (with a dip in 2009, the year following the beginning of the global recession). The figures did not take into account real estate holdings or mortgages into account

On average, 1.3 percent of Frisian households were worth one million euros or more, 1.4 percent were millionaires in Drente and 1.1 percent in Groningen. CBS found that most of the millionaires were between 40 and 60, and around half of them were highly educated.

Curious to see how many people may be millionaires in your community? Check out the interactive map at Dagblad van het Noorden.