by Traci White
in Politics
0
Share on TwitterShare on FacebookWhatsapp

Dagblad van het Noorden reports that Alders confirmed he had joined the group on Wednesday. Alders was in regular contact with the members of Groninger Bodem Beweging over the past few years in his work as the National Coordinator Groningen.

Alders was invited to the Dutch Parliament to explain his decision to step down. In his role as National Coordinator, Alders worked together with local citizens and regional and national government officials to coordinate the response to the ongoing induced earthquakes.

Alders reiterated that he chose to quit because of economic minister Eric Wiebes’ decision to at least temporarily halt reinforcement of homes that have already been assessed for earthquake damage. Alders said that decision had made it impossible for him to do his job.

Wiebes wants to hold off on repairing 1,588 properties damaged by the induced quakes until a new safety assessment is completed later this month. Dagblad van het Noorden has mapped out the locations of the disputed properties, showing that they are spread out across the entire province of Groningen. 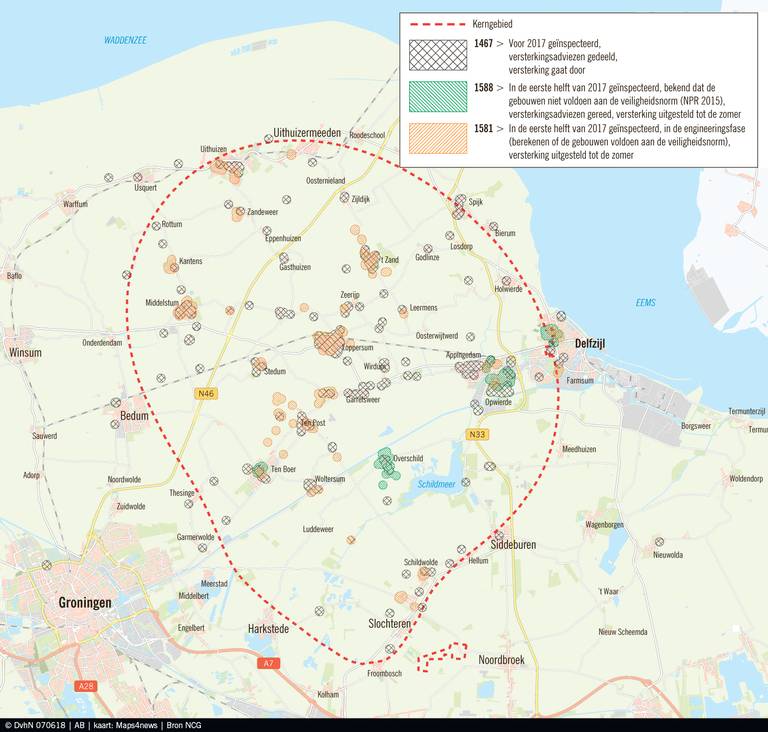 But OOGTV reports that Alders says the repairs would be delayed much longer than a matter of weeks if they wait on that research. New safety regulations will need to be developed based on the findings and the damaged homes would have to be re-evaluated.

Week one of Groningen gas extraction hearings end, will resume after summer holidays

More women than ever elected in Northern city councils, but equality still a work-in-progress

Editorial: International students can change the outcome of the municipality election!

Wiebes: Gas production can be scaled back more quickly