The province of Groningen has once again been named one of the wealthiest regions of Europe, but looks can be deceiving.

Groningen has the sixth highest gross domestic product due to its natural gas reserves, and was ranked as the sixth richest region in Europe, following London, Luxembourg, Brussels, Hamburg and Paris. Alderperson Patrick Brouns told Dagblad van het Noorden that the province is seeking a correction to the region’s inclusion in the Eurostat list. 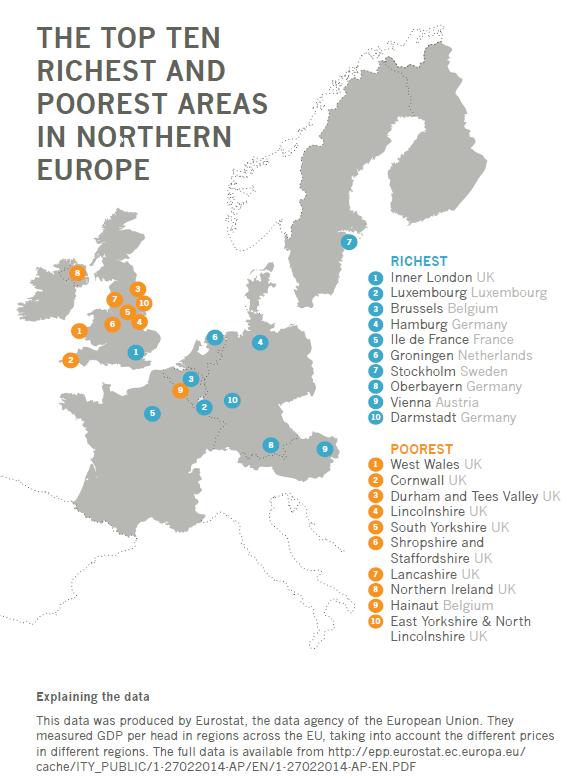 The method used by the European Union agency to determine a region’s wealth counts the profits made off of a region’s natural resources toward the region itself. According to Eurostat, the regional gross domestic product of Groningen in 2016 was 26 billion euros, which accounted for 4 percent of the national GDP in the Netherlands that year. But the majority of the profits from the region’s natural gas do not remain within the borders of the province: most of the money goes to the companies behind the extraction, processing and sales operations, as well as infrastructure projects across the country.

It may seem like a title and impression that any region would be proud of, but an unrealistically rosy depiction of a region’s financial health can stand in the way of receiving European subsidies and other forms of assistance. If the EU sees Groningen as a wealthy region, then it may seem unnecessary to provide any form of aid to inhabitants of the province.

Brouns says, “If we don’t seek a correction, then we can forget about getting money from Brussels. New maps are developed each year of regions that need additional financial support, and it’s extremely important that your province’s true fortunes are accurately reflected.”

According to the Dutch Central Bureau for Statistics, Groningen was the only Dutch province in 2016 to experience a shrinking economy, which was due to decreased gas extraction. Groningen’s GDP per capita in 2014 was roughly 40,000 euros – to put that in context, Luxembourg’s GDP per capita was 106,300 euros per person in 2017. Nine out of the ten poorest regions in Europe analysed by Eurostat are located in the United Kingdom. The only continental region among the least wealthy areas was Hainaut in Belgium.

Not one, but two, eagle chicks in Hunzedal

Should Groningen turn gas taps back on fully? Vote in our poll

Filling up? Here’s where to find cheapest gas in Drenthe and Groningen

Not one, but two, eagle chicks in Hunzedal

Woman (20) stabbed to death in Emmen