by Traci White
in Tech
0
Share on TwitterShare on FacebookWhatsapp

The Netherlands Institute for Space Research is set to make one giant leap for technology: SRON is moving forward with building a 20-million-euro camera to help further explore space.

The funding is for a camera annex spectrometer, X-IFU, for the new European Space Agency telescope Athena. The camera will help scientists to better understand the evolution of the universe.

The Groningen researchers have some time yet to develop the technology: Athena is currently scheduled to launch in 2030. X-IFU will be able to make two dimensional images and evaluate the characteristics of gasses at temperatures of up to 10 million degrees Kelvin. 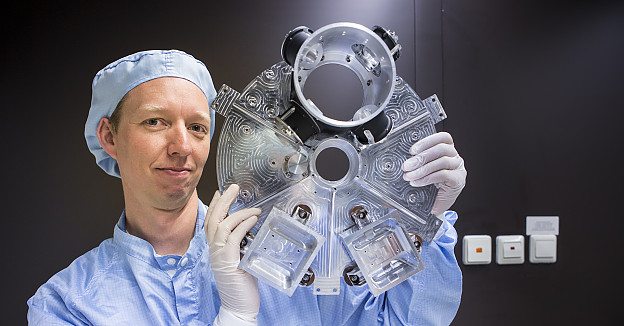 SRON will take the lead in developing the extremely sensitive X-ray camera annex spectrometer. An international coalition of researchers will contribute other components: in Warmond and Enschede, researchers at cosine and Micronit respectively will develop the X-ray mirror in the telescope.

Jan Willem den Herder, leader of the X-IFU project, explains that Athena will be a more sensitive instrument which will be better able to detect material in space which is not yet well understood or observable. Athena will also enable researchers to learn more about how chemical elements come into existence, the evolution of black holes and what their role is in the development of the universe.

Google to move into Eastern Groningen

Hyperloop prototype, the only of its kind in the world, installed at Zernike

What is that weird thing on the A28 in Assen?