Friesland had its first cases today

Groningen is currently the only Dutch province without any confirmed COVID-19 Coronavirus contamination. This appears from a map of the RIVM, via the Groninger Internet Courant. 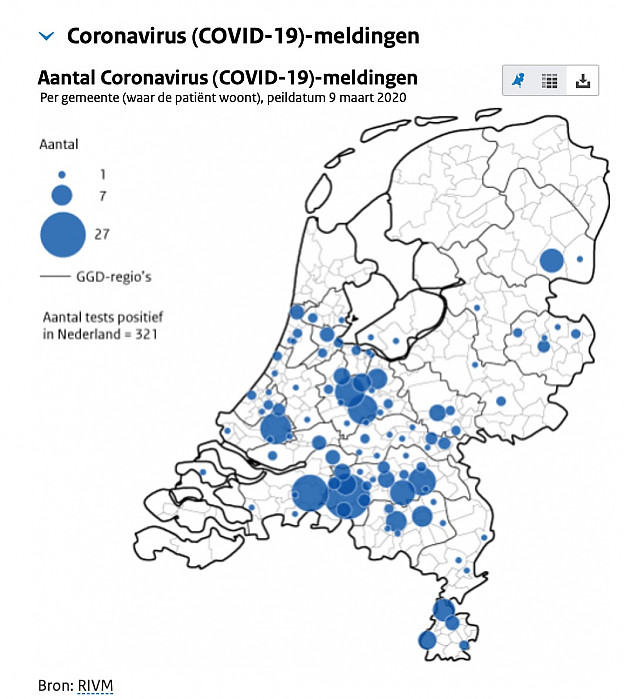 As a result, it would be quite possible that there is someone suffering from the infection in Groningen, but that the contamination was not included in the official figures.

According to experts, it is only a matter of time before the virus also appears in Groningen.

Prime Minister Mark Rutte advised Monday evening not to shake hands with each other from now on. In Brabant, where there are currently many infections, it is advised to work at home as much as possible.

Groningen to again become “David Bowie-city”: Lazarus musical coming in May to Martiniplaza

Groningen to again become “David Bowie-city": Lazarus musical coming in May to Martiniplaza