by The Northern Times
in Opportunities
0

Whilst growth in the number of passengers at the airport is not growing as fast as hoped, the construction of a special solar park is: Groningen Airport Eelde has already passed the halfway point in its construction project.

When it is finished, the Drents-Groninger airport will be the first airport in the world with such a large solar park, which will be constructed in a special way, reports the Groninger Internet Courant on Monday. The construction of the solar park at Groningen Airport Eelde is progressing well. The panel installation is already nearly halfway done with almost 30,000 solar panels of the panels in place between the take-off and taxiways and the terminal. The solar park is currently being realised on the center terrain of Groningen Airport Eelde by project partner GroenLeven. 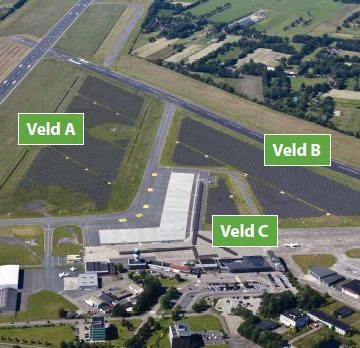 This is the first solar park in the world to be installed in this way at an internationally controlled airport. The space at an airport site lends itself well to the construction of a sustainable energy source, but the safety requirements at an airport are far-reaching. As such, the solar park are divided into three realisation fields, or phases. Fields B and C are now equipped with solar panels.

“Thanks in part to proper preparation, the realisation of the solar park is running entirely according to schedule. Despite the specific safety requirements, such as two transport options per day to enter the building site, construction is going fast. Passengers, employees and air traffic have not experienced any inconvenience. We are proud of the result so far “, says Onno de Jong, airport manager at Groningen Airport Eelde.

Iris de Boer, GroenLeven project leader, said: “Fields B and C are ready, which means that we are already nearly halfway through the realisation of the solar park. This is due to our flawless collaboration with Groningen Airport Eelde. Clear communication and the correct preparation are the success factors. Together we ensure that the unique solar park is realised properly and safely! ”

In the center area of Groningen Airport Eelde, a total of 63,196 solar panels are being installed between the runway, taxiways, and the terminal. The fields can provide green electricity to around 6,200 households on an annual basis. The expectation is that the solar park will be ready in November this year. 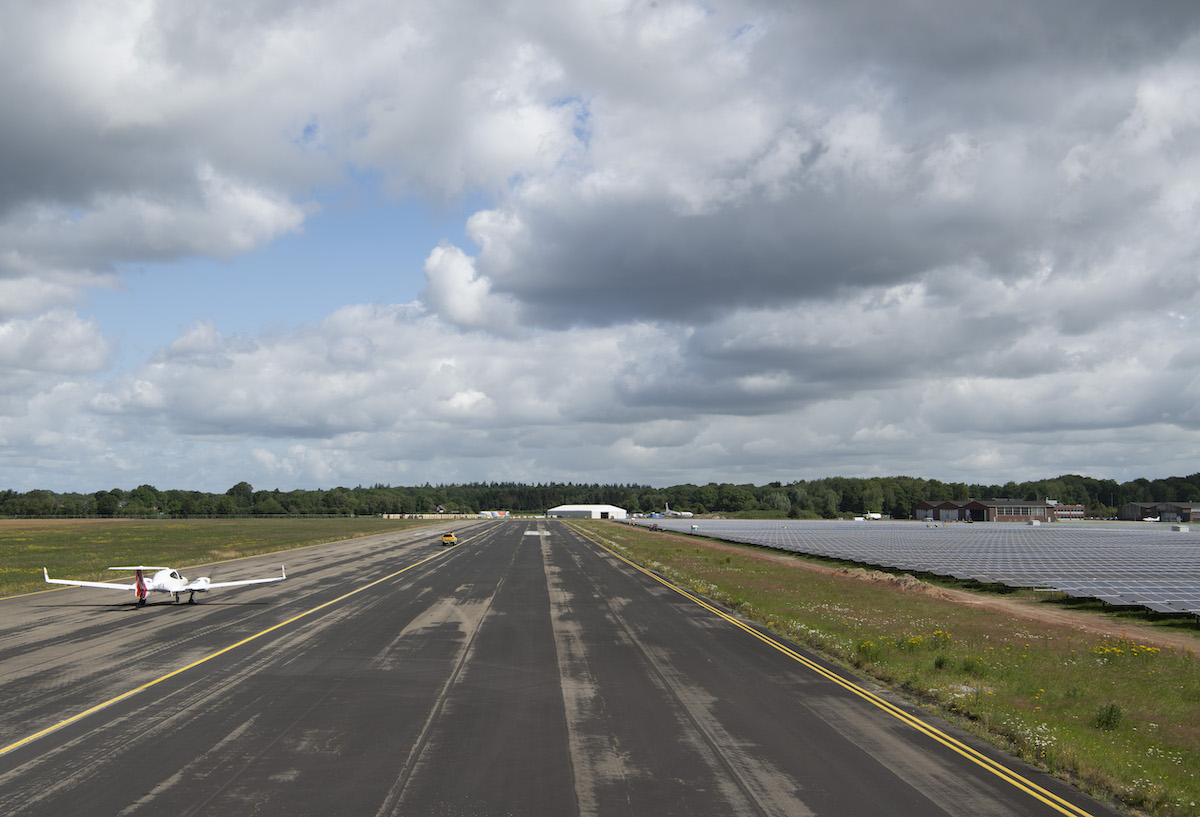 No service on three rail routes from Groningen starting Wednesday

Record numbers of swimmers causing problems in the north

Record numbers of swimmers causing problems in the north