Giants in Leeuwarden costlier than budgeted

“These Boots Are Made for Walkin’” and “Born to be Wild” played while the Little Giant Girl took a ride on a motorbike through Leeuwarden on Friday morning.

Logistics in the city of Leeuwarden during the Royal de Luxe giant marionette performance turned out to be 500,000 euros more expensive than originally budgeted.

Translation and photos by Traci White

Most of the money went toward traffic control measures and paying the staff of a crowd management company that was hired to keep the large number of visitors safe and under control.

The Leeuwarder Courant reports that that the city had projected to spend 600,000 euros on safety preparations during the three-day-long performance by the French street theatre group. Total costs turned out to be 1.1 million euros. 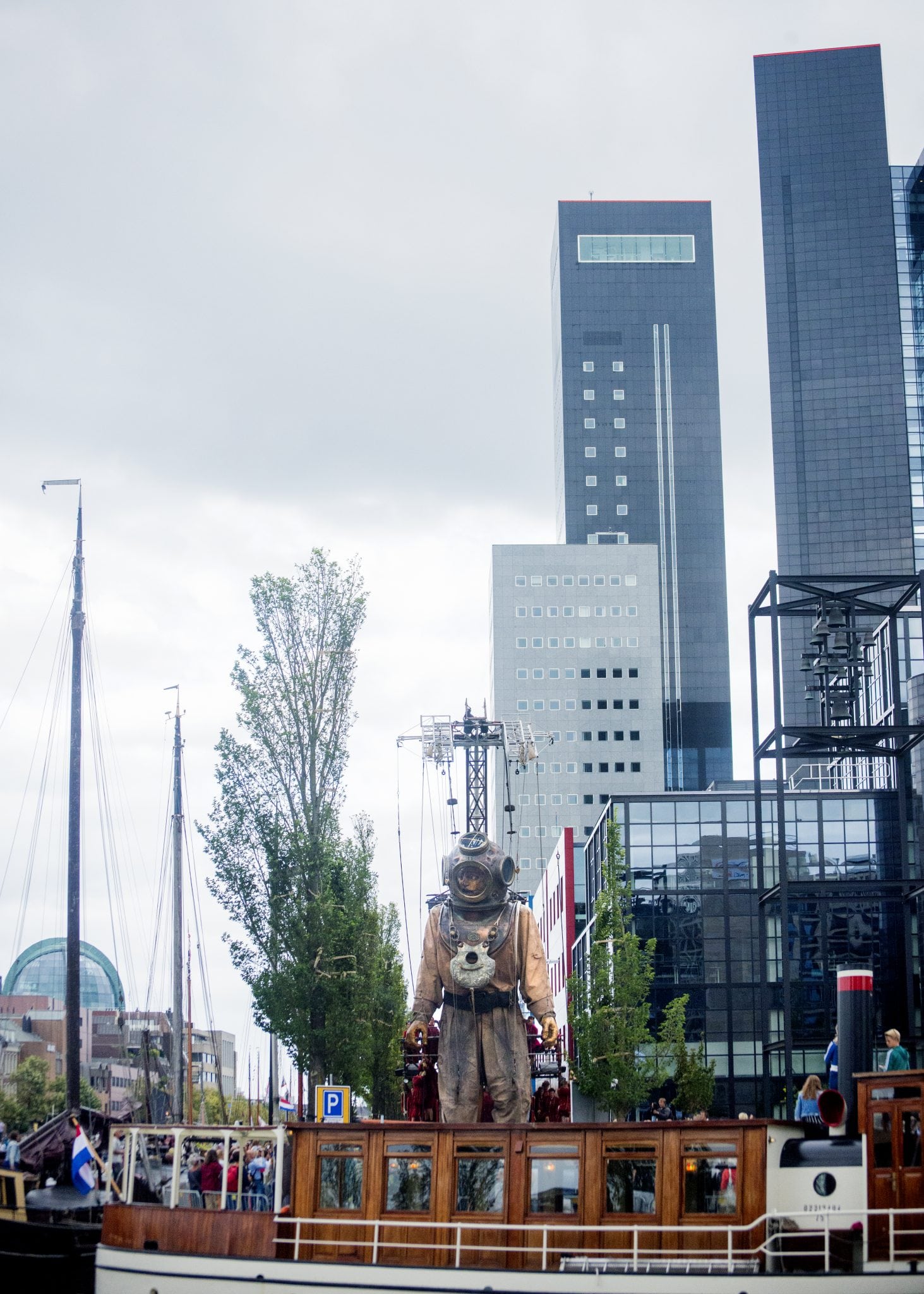 The municipality of Leeuwarden will also be spending more money on the LF2018 foundation, which is organising the year-long Capital of Culture programme. The organisation has not been able to secure as much sponsorship funding as they had hoped. Last year, the municipality and province agreed to cover any shortfalls due to insufficient sponsorship: both levels of local government will be providing an additional 750,000 euros to the foundation.

Despite the financial setbacks, the municipality says that it still expects to break even due to proceeds from other activities being held during the Leeuwarden-Friesland Capital of Culture year.