There were 127 new damage reports filed on Sunday after the Garrelsweer quake, including six reports of acutely unsafe conditions.

The damage claims have been filed to the local damage processing agency TCMG, but the agency cannot definitively say how many of the new claims are a direct result of the 2.5 magnitude quake on Sunday. The Groninger Internet Courant reports that agency typically receives around 200 claims a week.

Six of the claims were deemed acutely unsafe, which requires more immediate inspection: five of the properties have been evaluated thus far, and inspectors deemed that no additional safety measures would be required. Even though it is a holiday, the agency is open until 5 p.m. on Monday for any victims of the most recent induced earthquakes to file damage claims and help people with any other earthquake-related inquiries.

The number of damage reports continues to rise following the 3.5 magnitude Westerwijtwerd quake on 22 May. As of this weekend, there were 4,917 claims filed, the majority of which came from the municipality of Groningen. 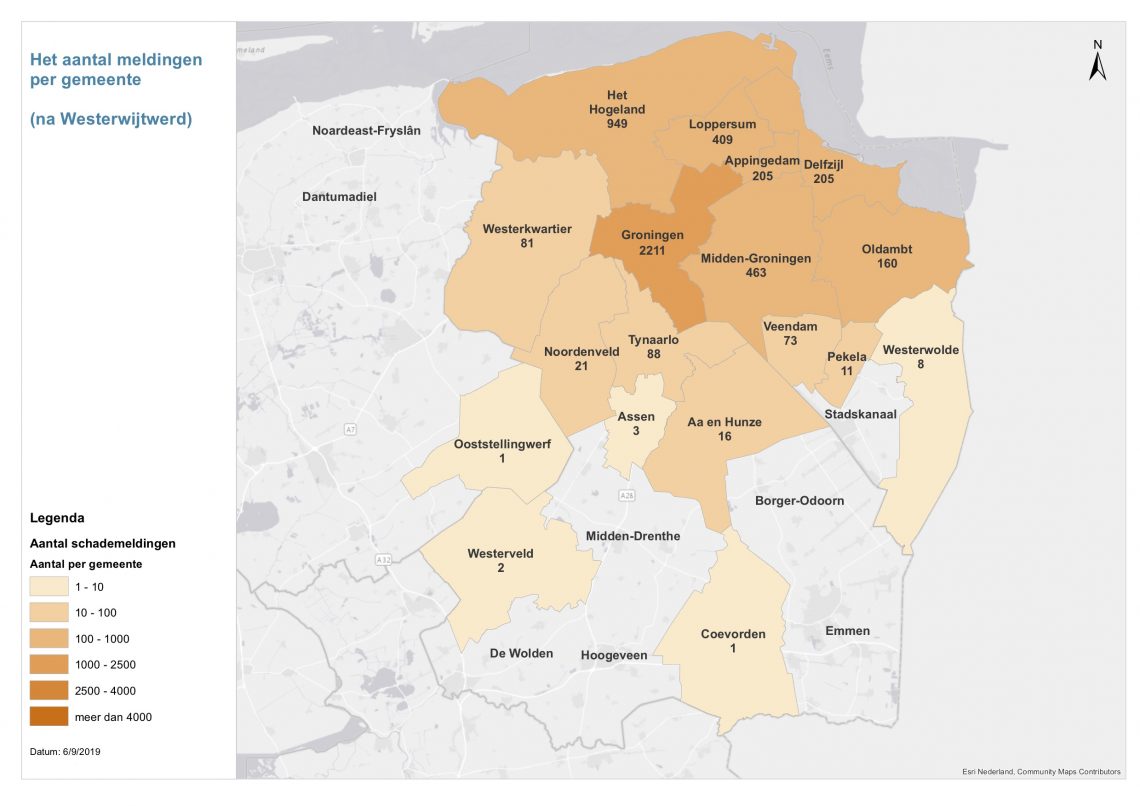 Airport Eelde to the rescue? Available for extra flights amidst Schiphol crisis