Funding for new train station in Groningen at SuikerUnie terrain

Money has been earmarked for the construction of a new train and bus station at the SuikerUnie terrain, but a date for potential construction has yet to be announced.

The Ministry of Infrastructure and Water Management announced on Monday that 7.5 billion euros would be allocated to new roadways and public transport nationwide.

Out of that total budget, 88.6 million has been set aside for the construction of a train station at the SuikerUnie grounds in the southwest of the city. An additional 9.1 million will be spent building a “mobility hub” for public transport. The railroad tracks linking Groningen and Leeuwarden pass by the grounds.

The funding allocation did not specify when the train station would be built, but plans for construction of new homes in the SuikerUnie terrain neighborhood are scheduled to begin in 2024.

According to Dagblad van het Noorden, 242 million will go to projects in the north. In the province of Groningen. The biggest recipients are the SuikerUnie Terrain transport facilities, and 82 million will go toward works on the western section of the ring road of the city.

The additional funding is split up among a few neighbourhoods in the city, and projects beyond the city limits:

4.7 million: sound proofing materials along the A7 motorway near Hoogezand 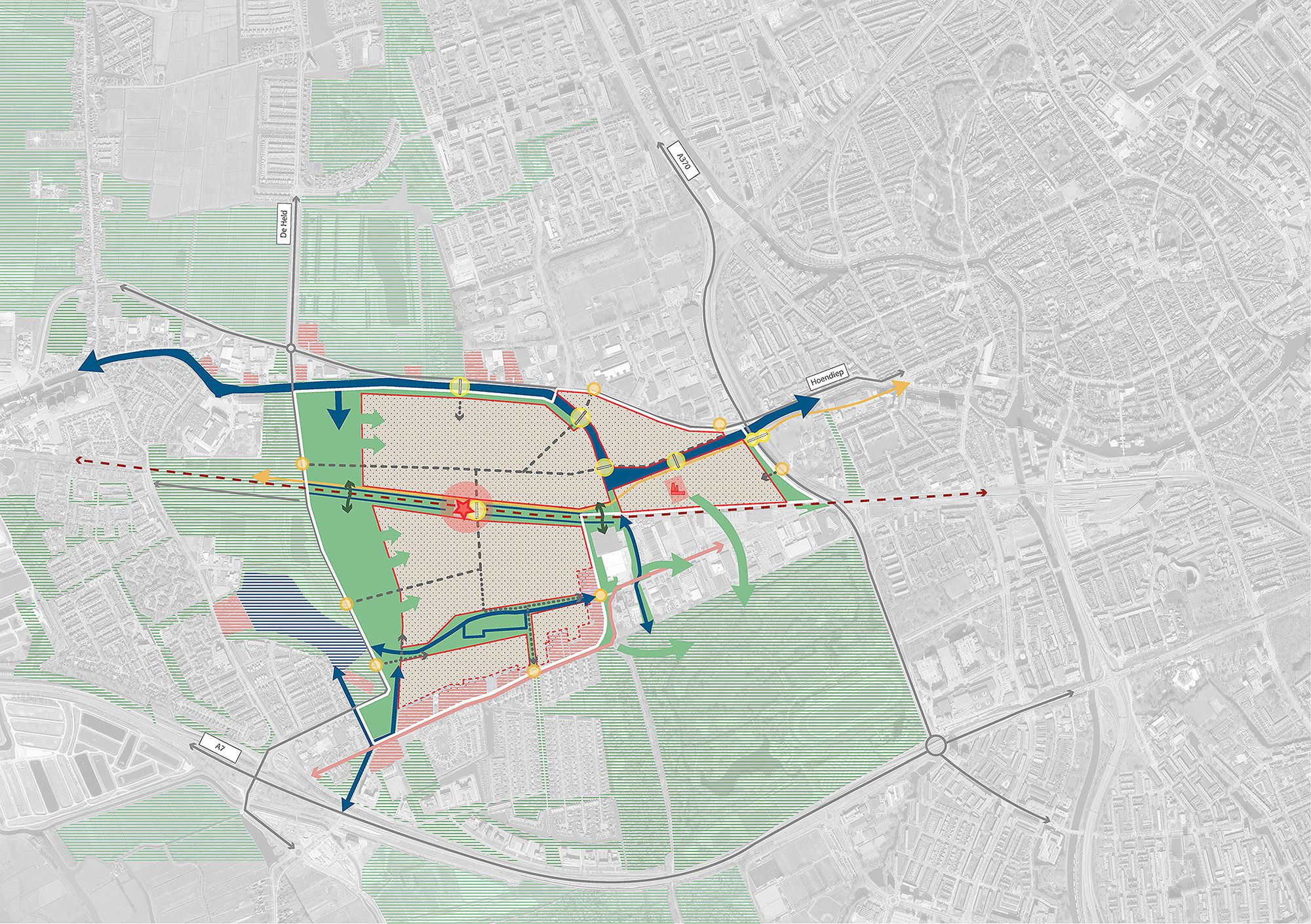 In other train news, the Ministry of Infrastructure and Water management will also contribute 3 million euros for further research into the feasibility of the Lelylijn. The total cost of the research is expected to be 8 million euros, and the provinces of Friesland, Groningen, Drenthe and Flevoland would pay at least half of the remaining costs. Dagblad van het Noorden reports that the research is the next step in preparations for creating a rail link between Amsterdam, Heerenveen and Groningen.

The Groningen municipal website states that the city has big plans for the area near the former SuikerUnie factory, referring to the up-and-coming neighborhood as De Suikerzijde. Construction of what will ultimately be 5,000 homes is scheduled to break ground in 2024. The area is currently home to the Sugarhomes (student housing containers), EM2 (music venue), Rebel Rebel hostel, and the former SuikerUnie factory, the namesake for the grounds and a festival venue.

In 2019, long term goals for the SuikerUnie grounds were included in a decade-spanning housing agreement signed by then-Groningen mayor Peter den Oudsten and former interior minister, Kasja Ollongren. Other development focus areas include urban renewal in Selwerd, expanding developments at Meerstad and building new units along the Eemskanaal (Stadshavens).

The National Housing and Construction Agenda, published in March 2022, set the goal of building more than 900,000 new housing units across the Netherlands. That includes plans for 17,500 homes in Friesland, 28,359 in Groningen (mostly in the city), and 13,631 in Drenthe.