From Athens to Groningen: Loving and hating my new hometown

Moving to another country is never easy, but leaving behind the city where you grew up for an unknown destination can only mean one thing: adventures!

Starting my internship at the Northern Times, my editor asked me how different it is to be in Groningen since I’m coming from Athens. Taking me back to that warm summer day when I arrived (terrified) in Groningen, two things crossed my mind. First, I was stunned by this tiny but beautiful city, which was a world apart from the concrete jungle that is Athens.

My next surprise came when I made the mistake of taking a taxi from the train station to my residence at Winchoterdiep and I heard the astronomical taxi fee. This was one of my first lessons at the beginning of my life as a “Dutchie”: never take a taxi!

My time in Groningen has been nothing but valuable lessons that will follow me for the rest of my life and that shaped who I’ve become as a person. For instance, that one time that I was standing with my bike on the painted indicators (for cyclists) on a bridge and a Dutch guy, who looked almost offended by my ignorance, pointed out that standing there is prohibited. It was one of the few times that I felt so embarrassed that my face turned the brightest shade of red.

On that warm August day that I arrived at the train station, I couldn’t stop thinking, “Why is this country so flat?” And then I saw Groningen, and that initial question was replaced with a more personal question: “What am I doing in this tiny, tiny city?” I could feel the desperation carved on my face. I was gripped by this fear of the unknown. I had left behind everything that I knew like the back of my hand in Athens, and I was suddenly feeling very lost in this foreign city. I presume most internationals in this city felt the same.

My first day in the city continued with me complaining about everything: the fact that I couldn’t use my VISA card, the small stairs that made me wonder how the famously tall Dutch people could possibly use them, the expensive transportation with buses, the bikes (I almost got killed twice), the abrupt change of the temperature, the food, the grass being too green. Everything! Everything was annoying because of that initial fear and anxiety. But one of the things that haunts me till this day is the question “Bonnetje mee?”. A simple question that sounded like the ultimate insult. The confusion would be solved easily by explaining that my Dutch is non-existent. 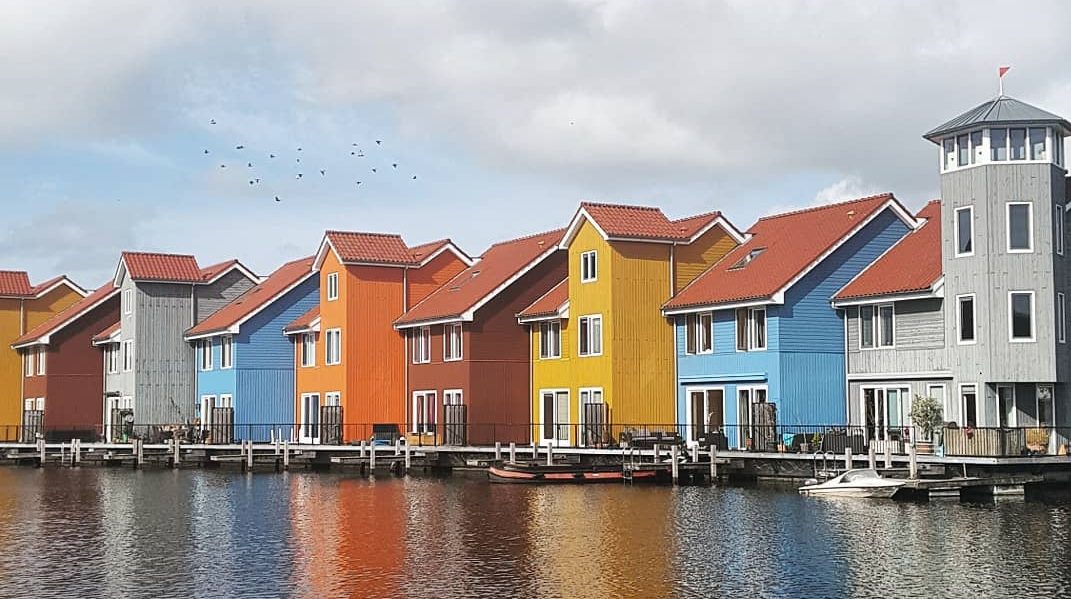 My perception of Groningen had already changed by my second day of living here. It was the day that I decided to explore a bit and discover my new home. Walking around the city with its plentiful canals, I realized Groningen is not that bad after all and I was convinced that I could survive here as an international.

I still remember the first time I stood in front of the Martini tower, the top of the tower seemingly ripping the sky open. I decided not to visit it that day because I didn’t want to be one more tourist. I had all the time in the world. Instead, I visited Reitdiephaven and the moment I arrived there, I knew I would fall in love with this “tiny, tiny” city. Friends that had lived here for years introduced me to the simple pleasure of an afternoon of sun in the Noorderplantsoen. That first week, I decided to wander from one side of the city to the other and spotted a few hidden corners that later would become my personal quiet getaways, like the bench at Noorderhaven where I often escape to when I need to collect my thoughts.

This honeymoon continued until the first full week of rain. Then I started reconsidering my relationship with Groningen. Suddenly, the sun was replaced by grey clouds that refused to leave the skies. And I wasn’t used to so many “dark” days in a row, which of course led to more complaining. This time, however, I had the sympathy of Dutch people, who also seemed sick of the weather! I felt that I belonged. Complaining about the weather brought me closer to the Dutch people.

The initial shock of having to leave behind the beautiful sunshine in the morning was torturous, but this too changed very quickly when I started meeting new people from all over the world. To me, this is the magic of Groningen, besides the beautiful places. The opportunity to exchange opinions with people from different cultural backgrounds, with diverse stories very different from your own is irreplaceable.

The atmosphere of Groningen magnetically draws you in, and after spending almost 2 years here, I feel unable to turn my back and leave. As time flies, I wouldn’t prefer to be anywhere else than this “tiny” city that I call home.

New festival: Hullabaloo in the Stadspark on 30 and 31st August

New festival: Hullabaloo in the Stadspark on 30 and 31st August