From a WhatsApp group to a community: BLOG offers a ready-made social space for Black Ladies in Groningen

The Northern Times sat down with the leadership team of the Black Ladies of Groningen, a society founded in 2018 that has grown into an institution giving a space, voice, and place for fun for black women in Groningen. Speaking from across Europe (thanks, Zoom!), we connected with Stacey Lamptey (founder and treasurer), Mwee van der Meer (vice president), Uejaa Tjihumino (events/communications); and Ivie Edebiri (events).

The city of Groningen, with its three universities, has a large number of student societies that stretch from places for people to express themselves (think GUTS, the theatre society) to place for people to connect to like-minded people or those with a similar background (think the Association of Latin American Students). Stacey Lamptey, the founder of BLOG, noticed that despite the diversity of societies, nowhere existed specifically for Black Women in Groningen to express themselves, make friends, and find support for their specific new-to-the-city needs.

So, Lamptey created a WhatsApp group to provide this space: “adding all of the black ladies in the city”, to begin with, she says. Now in its third year of operations, BLOG has its own board, series of events, and even hit the headlines last year as one of the organising groups behind the Black Lives Matter protest that took place in the city to confront structural and ongoing inequality.

But the need for something like BLOG is much more basic than that, says Vice-President Mwee van der Meer: “there’s fewer black people in general in the North, quite shockingly when you first walk through the city”, she says, “so BLOG is a ready-made community that might not obviously exist in Groningen at first glance. Lamptey agrees: “we started really as a safe space, somewhere to help with issues around education and mental health, but also somewhere to just talk or find someone to show you around town.”

Membership has grown hugely, but most of this has come through organic growth or via social media. Initially, Lamptey and the other first group of members simply approached people personally but now anyone that wants to get involved as a member, collaborator, or supporter can just send an e-mail or message on Instagram or Facebook.

Naturally, as BLOG found its collective feet it met with some difficulties, Lamptey: “even our name got some stick: it’s unapologetic. We don’t see ourselves as ‘just’ being for black women, we want to make a community with support- but one that is open”. To that end, lots of BLOG events are open to everyone, whilst collaborations have been sought with other student societies, local government organisation (like the Night Council), and groups like the Groninger Feminist Network, Women’s March Groningen, and the NonFiction Photo foundation.

And, as Van der Meer says, BLOG works for its members: “take for example the Black Lives Matter protest; it sharpened our focus as a group. We’re not overtly political and our members have loads of political views so we take an educational perspective. First we worked to educate ourselves and our members about issues that people might not know about (for example Seasonal Affective Disorder and other mental health issues that tend to affect black women more readily), but also about history and politics.” As events co-ordinator Uejaa Tjihumino says, BLOG still mainly acts as a safe space for its members: “somewhere welcoming, where you can talk about whatever you think is important to you”. 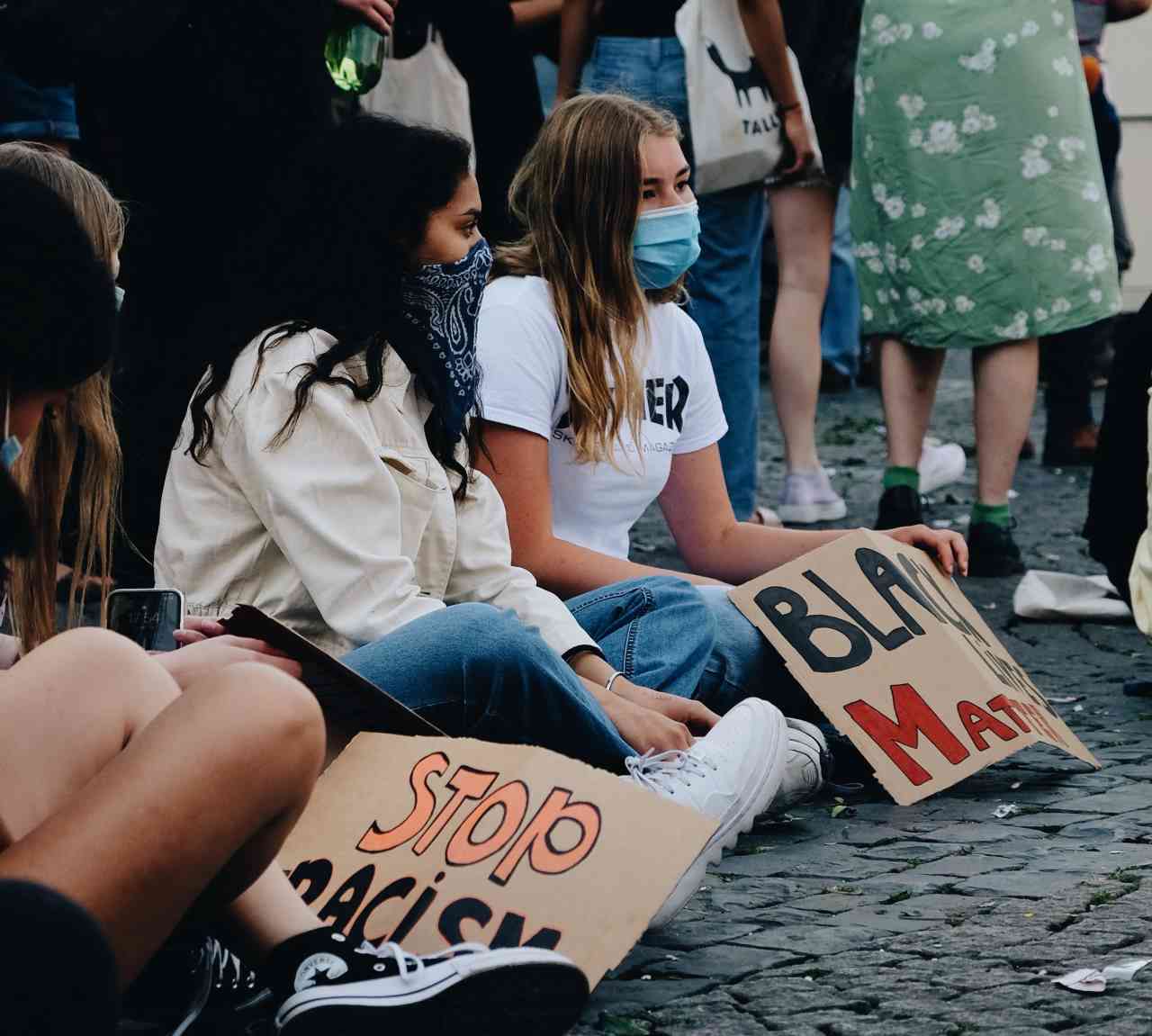 As both Tjihumino and Ivie Edebiri work on BLOG’s huge events schedule, it seemed like a good time to ask how the incredibly isolating effects of COVID-19 had affected BLOG. “Everything is online, naturally”, says Edebiri, “and the board is located in several different countries, but luckily our members that are local have all jumped at the chance to help.” Tjihumino says that despite the distance, events have gone on: “we had a series of lower-profile things to help stop boredom like our games night, but also more ‘serious’ things like a series of talks about mental health, and online and live debates and talks. We want to help keep our members connected and entertained, especially if they’re isolating in a student room.”

There’s personal support on offer too, says Tjihumino: “we check up on people if they are usually pretty active and then retreat a bit”. Upon entry to the WhatsApp group, says Lamptey, everyone does an introduction and puts in a picture of themselves to everyone has a face associated with them. This helps with welfare, too, she says.

And now, the work of the BLOG leadership is even beginning to inspire other groups that have little representation in the North: “we’ve shown how important it is for a support group if you’re in a new place: there’s even a group of BAME men in Groningen that now have a group like ours. We show that there’s always room for people to help”, says Lamptey.

It helps, certainly, that BLOG isn’t a monolith: “we have members from all sorts of backgrounds, different religions, different social backgrounds; some people join us whilst in the City on Erasmus and some are members for years”, says Lamptey. But, in the group, respect is the key moniker, says Tjihumino: “people can disagree as much as they like, but there’s no shunning in our group. Some people can’t be themselves around their families so we offer that space for them and it has to be kept open.”

Naturally, it would be better if the North were a welcoming and open space for everyone (it is often not for many reasons), so we asked the BLOG team how Groningen, Friesland, and Drenthe might become more friendly and open to Black Women, too. Van der Meer: “it would be great if people stopped making assumptions in general. But added to that people should learn their unconscious biases (and how to unlearn them), that’s at a more internal level but externally there are issues in the job market and access to housing. ‘No Internationals’ housing adverts affects lots of people, not just in our group, and overall it feels like lots of people, companies, and institutions could be more open to criticism.” The RUG too, has some improving to do, say Lamptey: “its systems need re-assessing, for example with regards to diversity in the academic staff. Look at the UMCG, how many black doctors are there? Like the current Diversity Officer at the RUG is a white professor.” “I was the only person of colour in my entire class”, says Edebiri, “and in general it seems like its very difficult for Dutch and International students to make connections with eachother”.

Vaccination of General Practitioners (huisartsen) will start this week

Vaccination of General Practitioners (huisartsen) will start this week