The KEI Week in Groningen is in full swing. On Monday we talked to some new students who have recently arrived in Groningen. Now it is time to ask their predecessors what they miss most about Groningen. If you’re new to the city, this will give you some ideas on how to make the most out of your stay so that Groningen will become your home away from home.

Moving to a new city and starting your study can be a scary experience but luckily there are thousands of other students who are in the same boat. Former university students Jonas Fiebrantz, Eyitemi Adeniyi, and Joanna Ashok all had to leave their comfort zone in order to find out what Groningen has to offer. “Enjoy the city and take advantage of the stuff around you. I never went to the museum and apparently it is free”, says Eyitemi.

‘I am going to miss the vibrant young community very much!’

Joanna Ashok (20), an Indian raised in Malaysia, is one of the few ‘old’ bachelor graduates left in Groningen. While thousands of new students are settling in, she is getting ready to embark on a new adventure. After finishing her bachelor’s degree in Chemical Engineering at the RUG, she is moving to Lausanne, Switzerland for her master’s. Joanna is one of many students to whom Groningen has not just become the city that they have passed through on their academic journey but a home far from home.

“The first thing I’ll miss about Groningen is the biking culture. I am moving and I am so sad because it won’t ever be the same because here the city is small enough to get anywhere by bike but big enough that it feels new every time you bike”, she says. The freedom of biking around town is something that she has never experienced before. “Where I come from, I have to take a train for one hour and fifteen minutes to get to my favourite restaurant so let’s not even talk about the time it takes to get to my friends.” 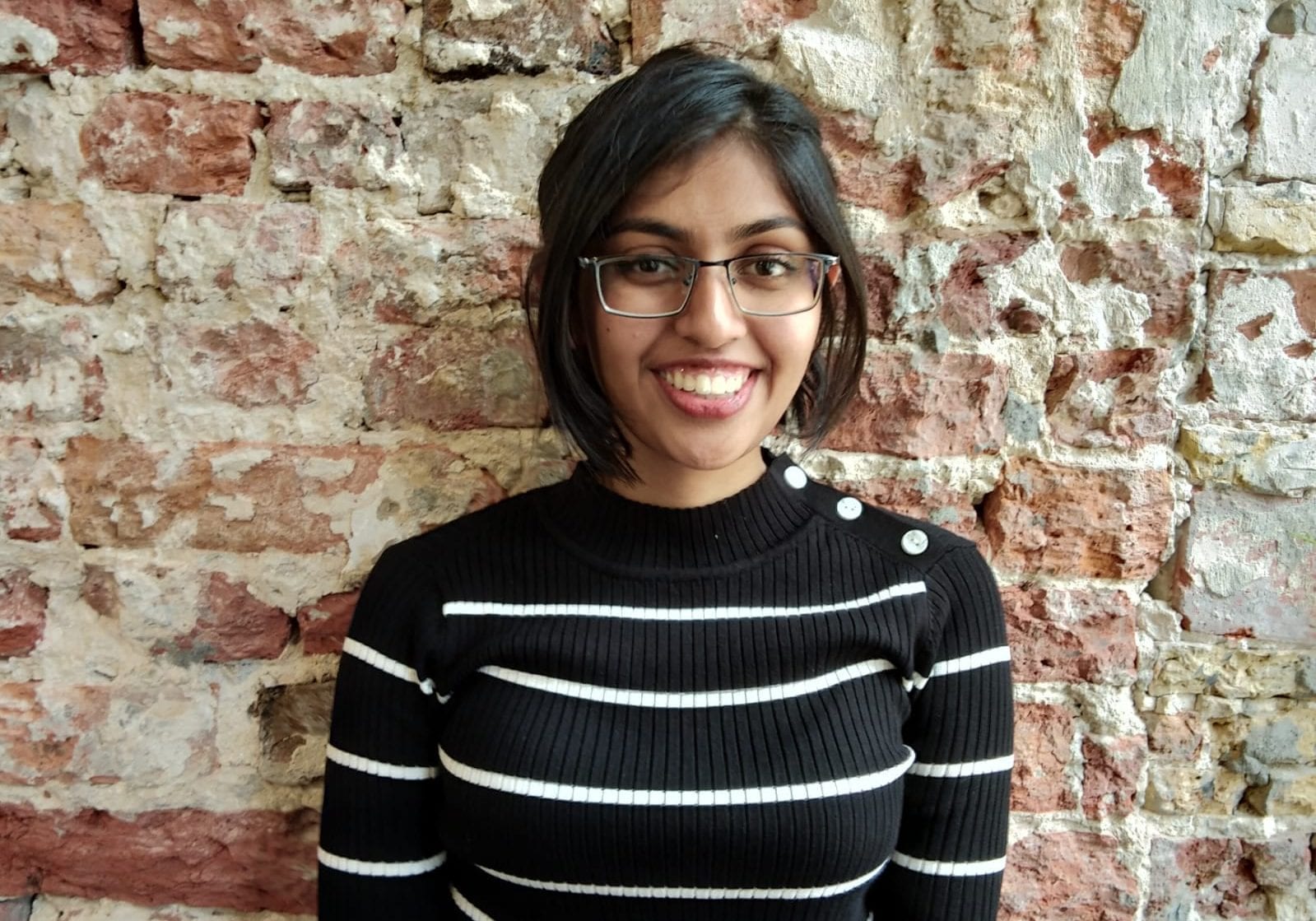 She will miss the fact that her friends all live within five minutes biking from her place. Since Lausanne is a big city everything is far more spread out: “it will take me at least 25 minutes to get from A to B so I know that visiting friends will be much more difficult than over here”. She will also miss the Vismarkt. Joanna explains: “I have never been to a Farmers Market before I lived in Groningen. I adore cooking and the Farmers Market is the best thing. I look forward to it all the time. I love to look for the freshest products and think about what I am going to cook that week. Plus I get to make new friends at the Farmers Market!”.

She still remembers one of her first nights in Groningen as if it was yesterday: “I am from India. We are not known as a very safe country and here for the first time in my life I went out at like 2am and took a stroll around town. It was just extremely exciting to walk around the quiet streets and know that it is so safe and I can do whatever I want without the fear of being kidnapped.”

‘Groningen was very adaptable to my personality’

Jonas (22) from Germany belongs to those who left Groningen at the end of June. He graduated from the RUG with a bachelor’s degree in International Relations and International Organization. What Jonas misses most about Groningen is the different communities, specifically the international spirit of the communities. “I didn’t really feel like I was surrounded by just Dutch people, but it really felt like I was part of a group where everyone was unique and had their own backgrounds.”

He also misses the activities the city has to offer. “There is a lot of diversity of the things that you can do but you are not really pressured into doing anything.” He also admires the accessibility of the city and the beautiful countryside surrounding Groningen. “It was safe and everything was within close reach. You could easily travel within the Netherlands but you could also just grab your bike and start cycling to the ocean”, he says. Jonas concludes that Groningen was small enough that you can have peace and quiet but there was still enough to do if you wanted to do it. One of his favourite spots in Groningen was the Parkour spot in Vinkhuizen, which he only discovered later. He says he started with Parkour because “I love the idea of challenges, and Groningen is a nice place for exploring. One way I can combine exploration with a sense of adventure and sports is through Parkour”. 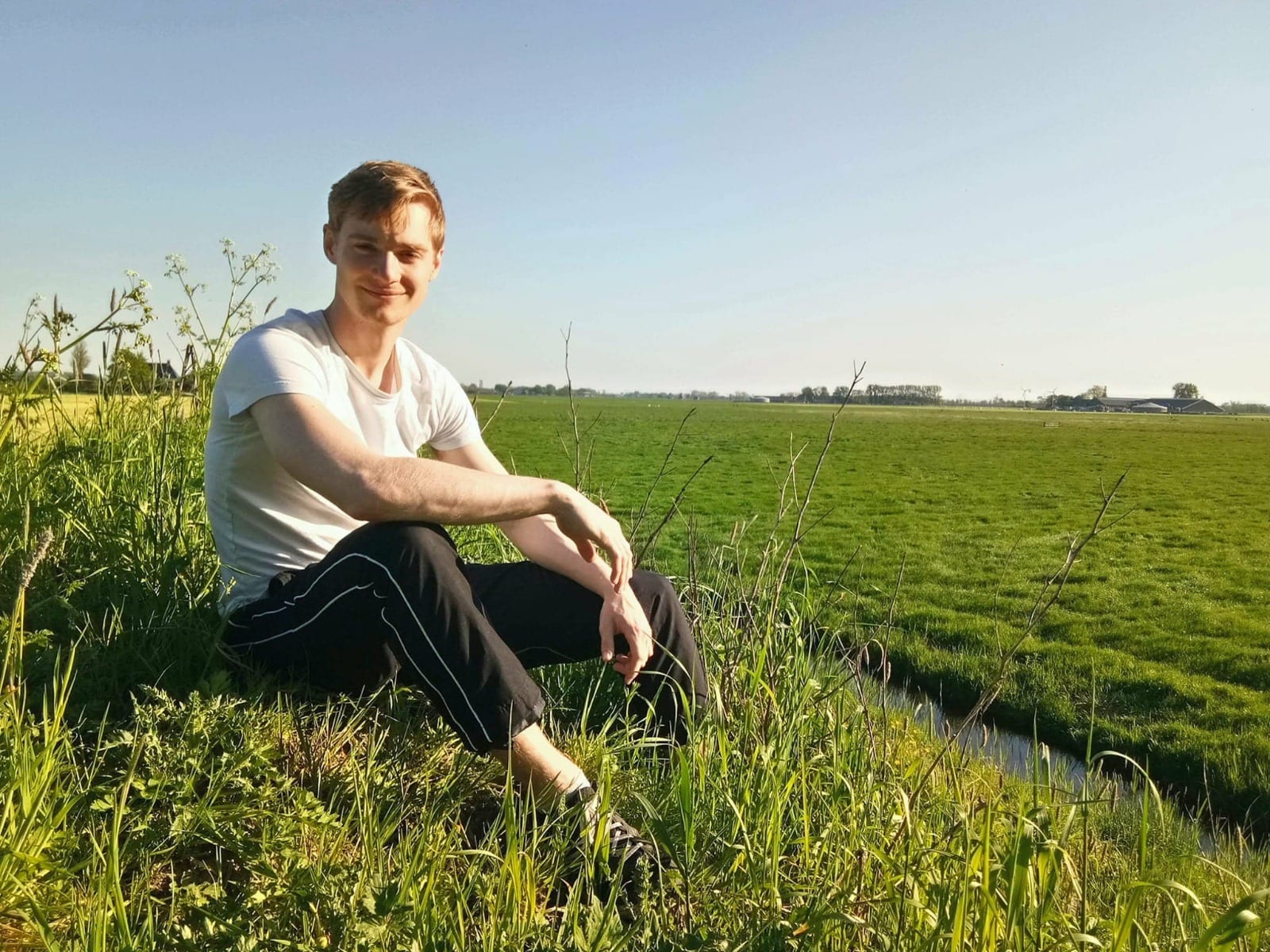 Living in Groningen has taught Jonas to take initiative. “In Groningen you are always presented with choices. You can either get involved in things or you just stay by yourself. It requires some initiative to get involved, which is both a strength and weakness, but it is something that I had to learn.” He advises students not to get too caught up in studying and thereby miss what Groningen has to offer: “I think it is good to explore and try out new things like different sport courses at Aclo or communities such as HOST. Get involved and take initiative to build up your own support group so that you can find a family!” Groningen has indeed become a home away from home for Jonas, but he soon sets out to the UK where he will start his master’s degree in Advanced Practice in Peacebuilding and Conflict Resolution at the University of Bradford. 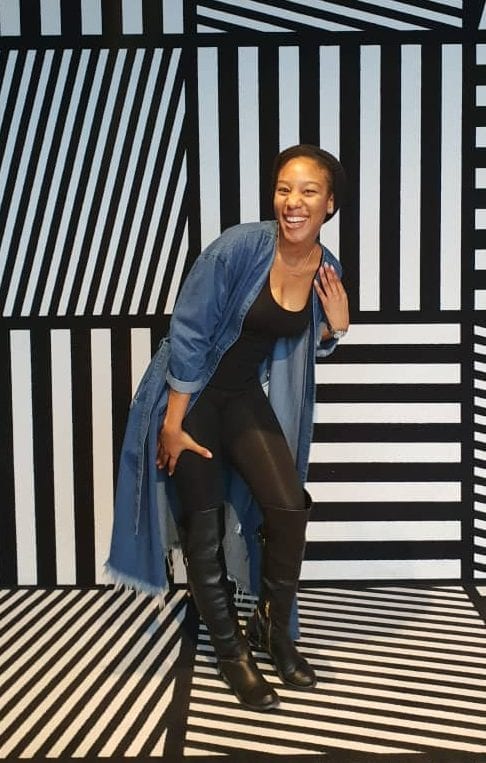 ‘The air is so much cleaner’

Eyitemi (26) from Nigeria recently completed her master’s in Energy and Climate Law at the RUG. One of the things that living in Groningen has taught Eyitemi is how to ride a bike. “I will miss riding a bicycle because I will never get to do it again”, she says. “Groningen is built for bikes, but in a busier city I’ll be too scared. Here they make it easier for bikes to be used, but in bigger cities it is not that easy.”

She loves how clean the air is compared to bigger cities such as London or Lagos, Nigeria. “I feel like because there is more cycling and less driving, the air is so much cleaner. When I went back to Nigeria, I had to wash my hands every time because you can feel the dirt from the cars”, she says.

Like Joanna and Jonas, she will miss her friends. It is not surprising that most of her friends are internationals. “When I meet someone who is Dutch, I am shocked because there are so many foreigners in Groningen!”, she says. One piece of advice she would give to new students is to look for housing early. When she started looking for accommodation in the middle of August, everything was gone. “I started seeing articles about people sleeping on the street so I was willing to pay more. After a week of searching online, I gave up and decided to stay at the Student Hotel”, she says. Eyitemi is flying to London tonight. Even though she will miss certain things like cycling, the extremely clean air, and her friends, she doesn’t really miss places. “I don’t really get attached to places. I care more about what I am doing so I can pretty much do what I am doing in any country”, she says.

‘Hold on tight and enjoy the ride’

As they say, life is like a rollercoaster. It has its ups and downs but it is your choice to either scream or enjoy the ride. Don’t be afraid to put yourself out there. You will find your community like Joanna, Eyitemi, and Jonas all did. Groningen did not just become another city they lived in: it became their home away from home thanks to the diversity of student associations and communities that this beautiful city has to offer.