Find out what internationals think about cycling in Groningen, Dutch traffic rules, and how they learned to ride a bike

by The Northern Times
in contributors, People
0

Have you ever wondered how Dutch cyclists manage to weave their way through traffic without slowing down? The natural answer is that they were ‘born’ on their bikes. “I have the feeling that Dutch people are born with bikes. It is a very healthy way of moving around, and it is also very convenient because you can park your bike anywhere!”, says Kimberly Trix Lee from the Philippines, who practised on her bike for months before she dared to use the four-way intersections.

There are, however, some traffic rules that you should be familiar with before jumping on your bike. This is what three internationals learned about Dutch traffic rules and how to survive on a bike among thousands of other cyclists in Groningen.

‘I created my own cycle paths’

Enzo Navarra (22) from Athens moved to Groningen last week with his girlfriend. Two days later they had already bought themselves a bike. “I lived in two cities, Athens and Milan, in which it is very risky to go by bicycle. Especially in Athens, there are no bicycle paths so I preferred going by car, bus, and tram.” Not being able to cycle everywhere was very difficult for Enzo because he is a bike lover. “For two weeks I had a bike in Milan and I tried to create my own bicycle paths but the story ended with me getting my bike stolen.” 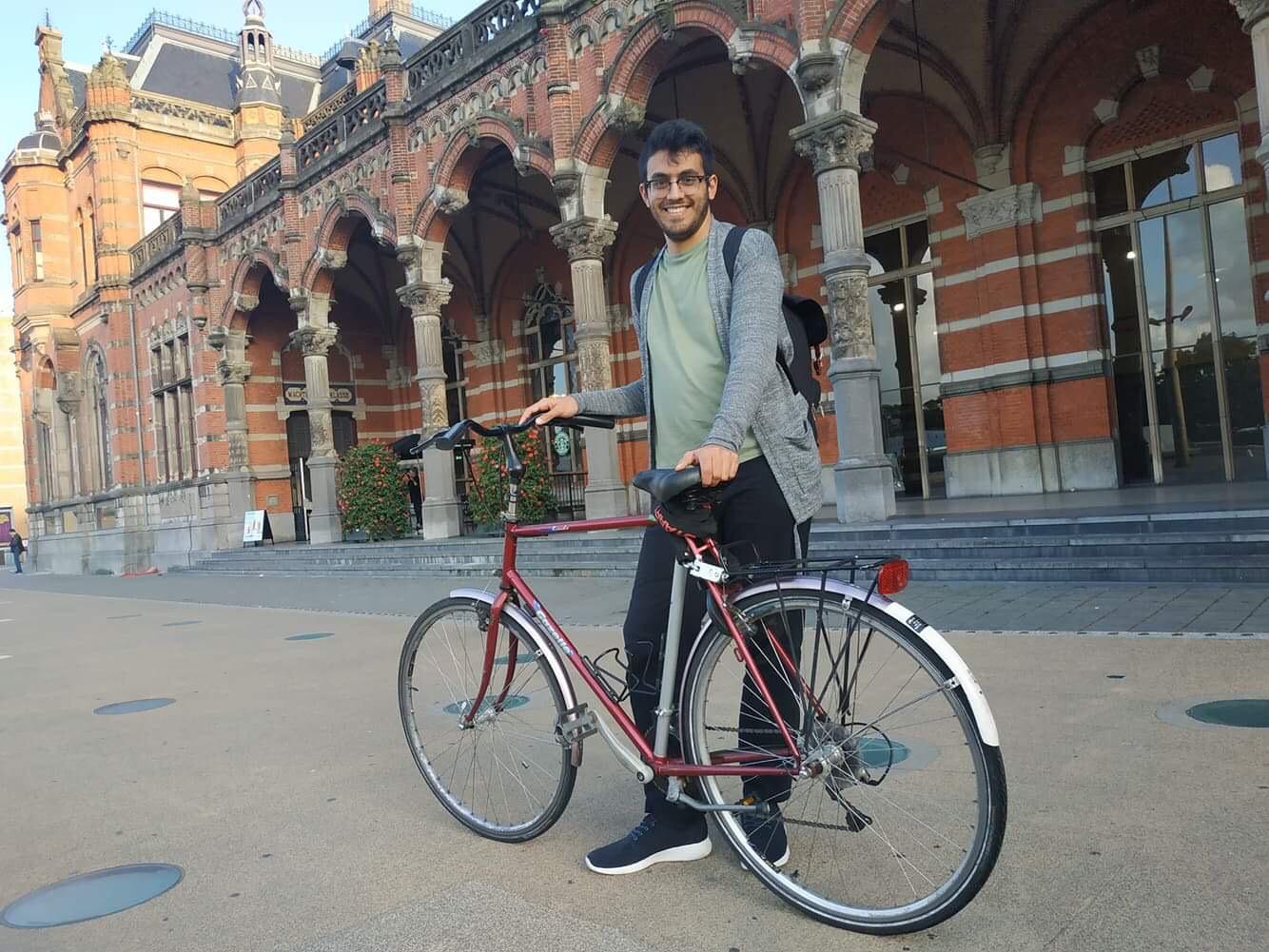 Enzo describes traffic in Groningen as being both chaotic and calm at the same time. “I am used to more chaotic cities like Milan and Athens, so the traffic is calmer here.” Cycling in Groningen doesn’t scare him because of the vast number of bicycle lanes. He advises newbies: “Try to cycle slowly and avoid the main roads and busy cycle paths.” Enzo bought his bike at a second-hand store because it was very economical and cheap. “Dutch people cycle everywhere because it is in their DNA. It is easy to learn as a child and once you have learned it, you can do it for the rest of your life. Plus Groningen makes it very easy to cycle everywhere”, he says.

“At the beginning, I was afraid of the intersections in which bikes get green at the same time because I didn’t know who comes first.” However, Enzo quickly observed other people stopping at the triangles and figured out that you have to give way whenever you encounter a triangle on the ground. The bike lover he is, Enzo is very excited to cycle everywhere in Groningen.

‘This the Netherlands, the country with the bicycles, so I might as well learn it’

Kimberly Trix Lee (28) moved from the Philippines to Groningen in April 2018. She is one of many internationals who never rode a bike before she moved to the Netherlands.  “Nobody cycles in the Philippines. It’s all about private cars”, she says.

Learning how to ride a bike was inevitable for Kimberly: “This the Netherlands, the country with the bicycles, so I might as well learn it.” She first tried to practise on an OV fiets behind the train station, but since it was still too big for her, she got herself a second-hand children’s bike. “I started at the lowest saddle height so that I could put my feet down and went to the Stadspark. I understood how the theory works: by pedaling you move, and the faster you move, the better you balance”, Kimberly recalls. 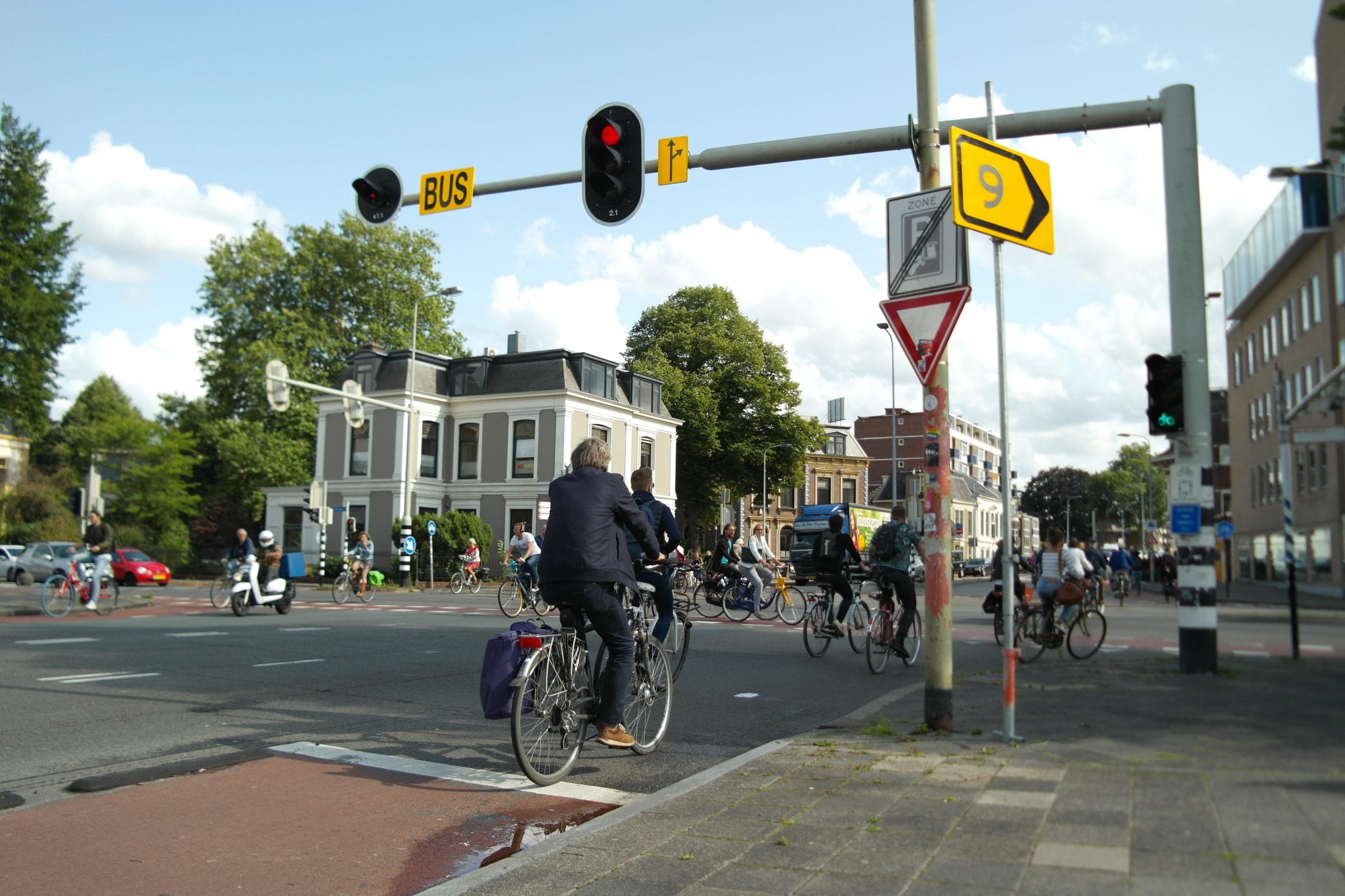 “How I learned is by just doing it and by not being afraid of falling. There are no cars in the park so I am not scared of getting hurt, and since nobody is around, I am also not scared of people seeing me fall!” It took her a week of practice at the Stadspark and remote parking lots before she felt ready to practise on straight streets. She would avoid intersections, traffic lights or busy roads and got off whenever there was a bus. “I still get off my bike when there is a bus, I do not trust buses!”, she says.

“The four-way intersections where everyone gets to go simultaneously scared me. I couldn’t do it. It took me a couple of months before I finally got the courage to do it.” After eight months of cycling, she finally felt safe enough to switch to a bigger bike. Kimberly encourages learners: “Don’t be afraid! Kids, for example, learn how to cycle very quickly because they are not scared of falling. You just have to accept that at one point you’re going to fall. You’re going to be bruised, but that is fine. Just do it again!”

Did you know? Groningen was the first city in the Netherlands to implement simultaneous green lights for bikes.

At 29 different intersections, cyclists travel in all four directions at once; turning what might look like total chaos into a safer, more efficient way to get around. pic.twitter.com/XQV25zYMNg

‘Cycling in Groningen is crazy’

Igor Megla (30) from Croatia arrived in Groningen five days ago. He grew up on a bike. “Here it is just different because there are too many bikes and the traffic regulations are different, so I get confused when I am on the streets in Groningen”, he says. The Student Hotel provided him with a bike, but he considers buying his own bike. “The bike is really good. I haven’t seen a better one on the street, but if I would use that bike in the city, it would get stolen.”

Igor hasn’t come to terms with Dutch traffic rules yet. “Cycling in Groningen is crazy. There are too many bikes! Here, there is a difference because in traffic bikes always have an advantage against the car. I am confused because if there is an accident, we are in a weaker position. I am afraid that the driver doesn’t know where I am going. I always think that motor vehicles should be allowed to go first”, Igor says. He enjoys cycling around in Groningen even though it is a completely new concept to him. “It is so great that I wonder why I didn’t use my bike every day of my life earlier.” Cycling in Croatia as a means of transport is just not a thing. Everybody drives or walks everywhere while cycling is considered a leisure activity. 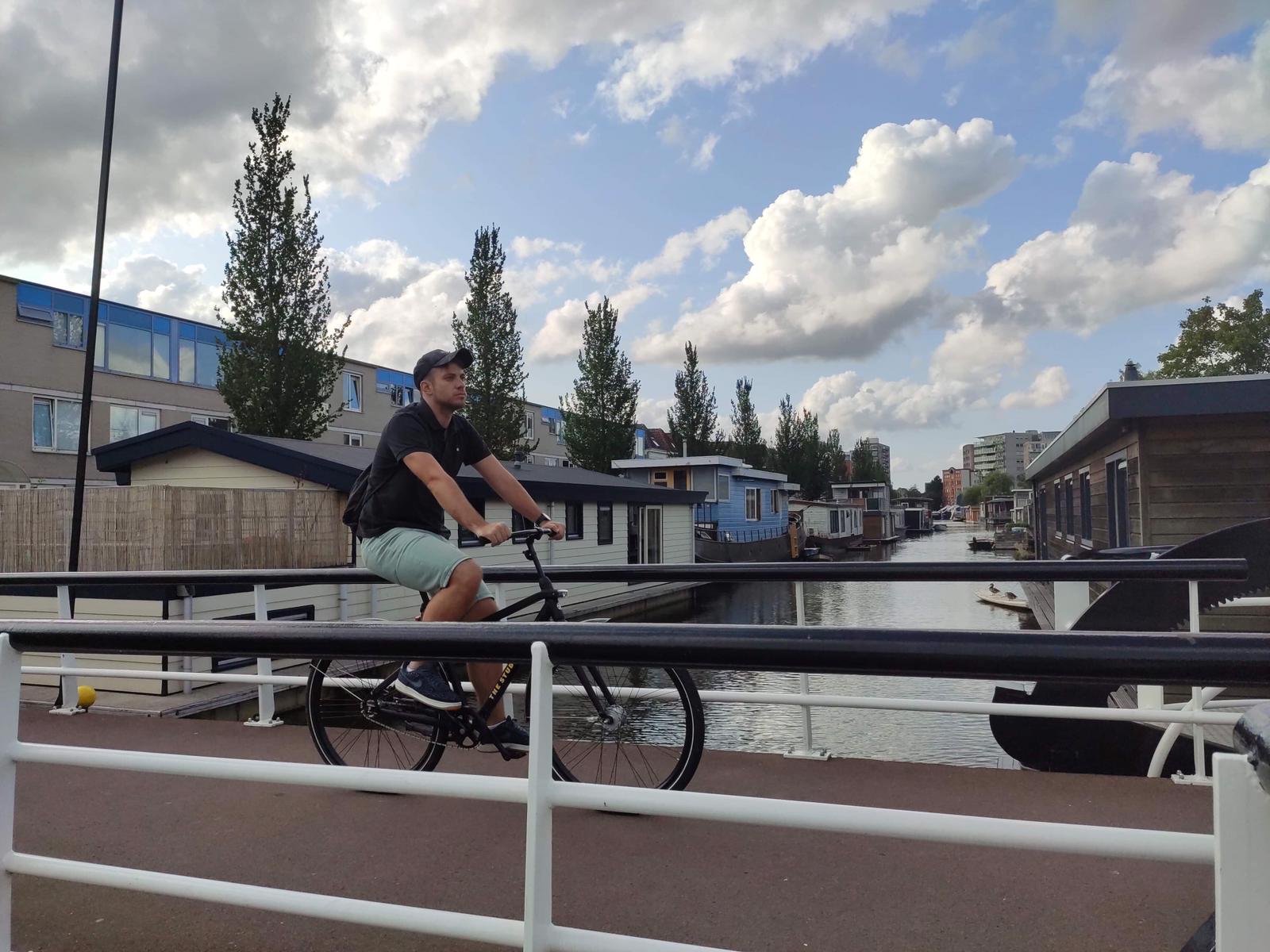 Igor praises Dutch traffic: “There are no traffic jams and not too many cars in the city centre, which makes cycling great fun!” He had a funny instance at one of the ‘tegelijk’ green crossings. “I didn’t know that there was a separate traffic light for bikes and next to me were loads of cars. I had no idea that when it turns green, it is only green for the bikes. So I was afraid to start riding until a Thuisbezorgd guy told me that I was allowed to go. It was hilarious, but I learned something!”, he says.

‘Keep yourself and fellow Groningers safe’

If, however, Dutch traffic still gives you the chills, you can join one of the cycling workshops for internationals at Fietstra. “The aim of our cycling workshop is to give internationals an opportunity to start cycling safely in a busy city such as Groningen. We think that only selling a bicycle is not enough. We want our customers to feel that we care not only about selling a product but also about the warranty and safety of the customers and their environment”, explains Richard de Vries, owner of Fietstra.

The bicycle workshop includes a two-hour theoretical lesson in which you will learn all the relevant information about Dutch traffic rules and a practical part in which you perform cycling exercises under the supervision of an official teacher from the Dutch Cycle Federation. Richard de Vries explains that everyone is welcome. If you can’t cycle yet, you can attend private lessons in addition to the workshop. He also advises newcomers not to cycle on the road without any knowledge of Dutch traffic rules: “If you’re not following our workshop then please be informed throughout other resources and keep yourself and fellow Groningers safe!”

Scottish company working on ferry service between Edinburgh and Eemshaven

Friesland and Drenthe among top five provinces with excessive drinkers

Friesland and Drenthe among top five provinces with excessive drinkers