by The Northern Times
in Sports
0

The Koeman family have a legendary status in the city

Ronald Koeman (current Barcelona manager) and Erwin Koeman (current Beitar Jerusalem manager) joined their mother to unveil a statue paying tribute to their father, yesterday at the Euroborg. Martin Koeman played for FC Groningen and its predecessor for 10 years, and both of his sons also played for the club during its 1990’s ‘galactico’ period.

As reported by the GIC, Martin Koeman came to Groningen in 1963 to play football for GVAV (which became FC Groningen in 1971) in the Oosterpark stadium. He ended his football career at FC Groningen, where he then started setting up the youth academy. That has resulted in many talented players for the club, including his sons.

Besides Erwin and Ronald, Wies Koeman was also present, widow of Martin and mother of Erwin and Ronald. Incidentally, there is already another statue at the stadium: that of GVAV keeper Tonny van Leeuwen. 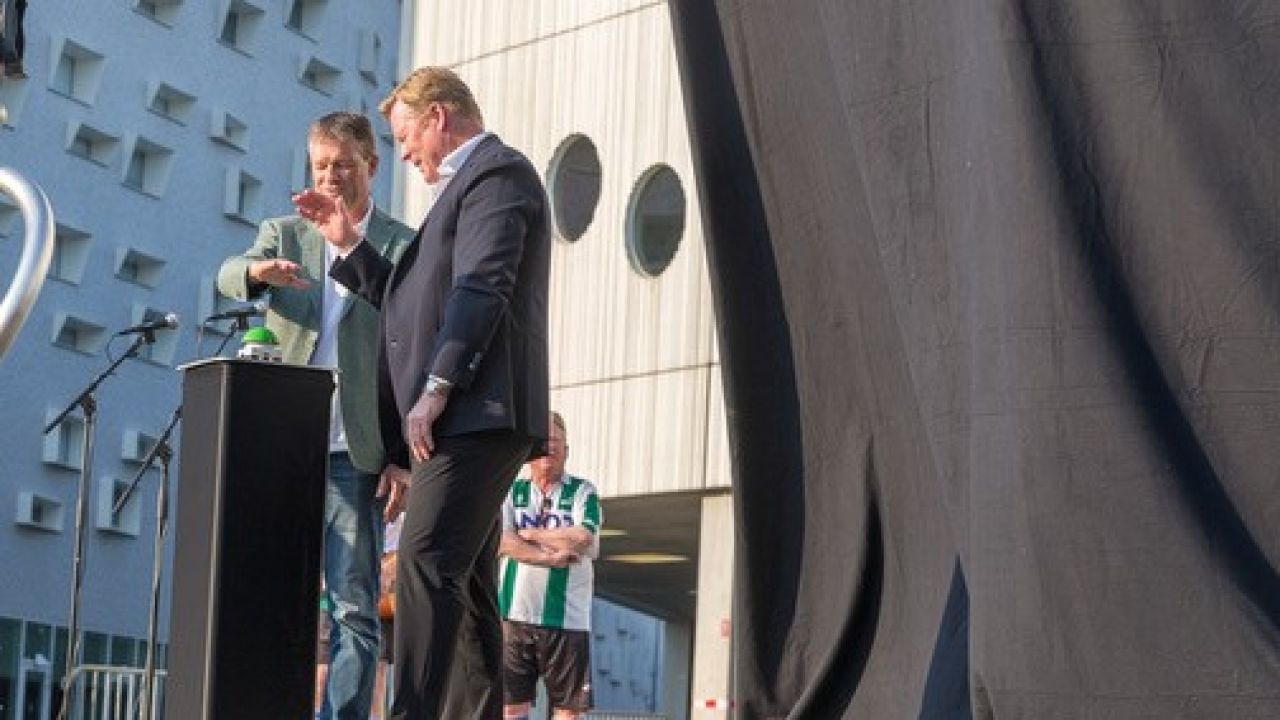 Images via the GIC, by Rieks Oijnhausen

Groningen has the cleanest air of all ‘large’ Dutch cities

Groningen city councillors: “harassment of women in the city must stop”

Groningen city councillors: "harassment of women in the city must stop"