As reported by the Omrop Fryslân, the shortage of family doctors (GPs) in Friesland looks set to get worse, with the average age of doctors increasing. Around half of the GPs working in the province are over the age of 50, according to statistics from the CBS (Centraal Bureau voor de Statistiek).

Around 13,700 GPs work in the country today, of which 58.1 percent are women, up from 50 percent in 2013. The CBS’ figures show a fair amount of difference between the various provinces in the Netherlands. Utrecht, for example, has by far the largest number of doctors under the age of 50; whilst Groningen has a high proportion of doctors younger than 35 (compared to the national makeup). 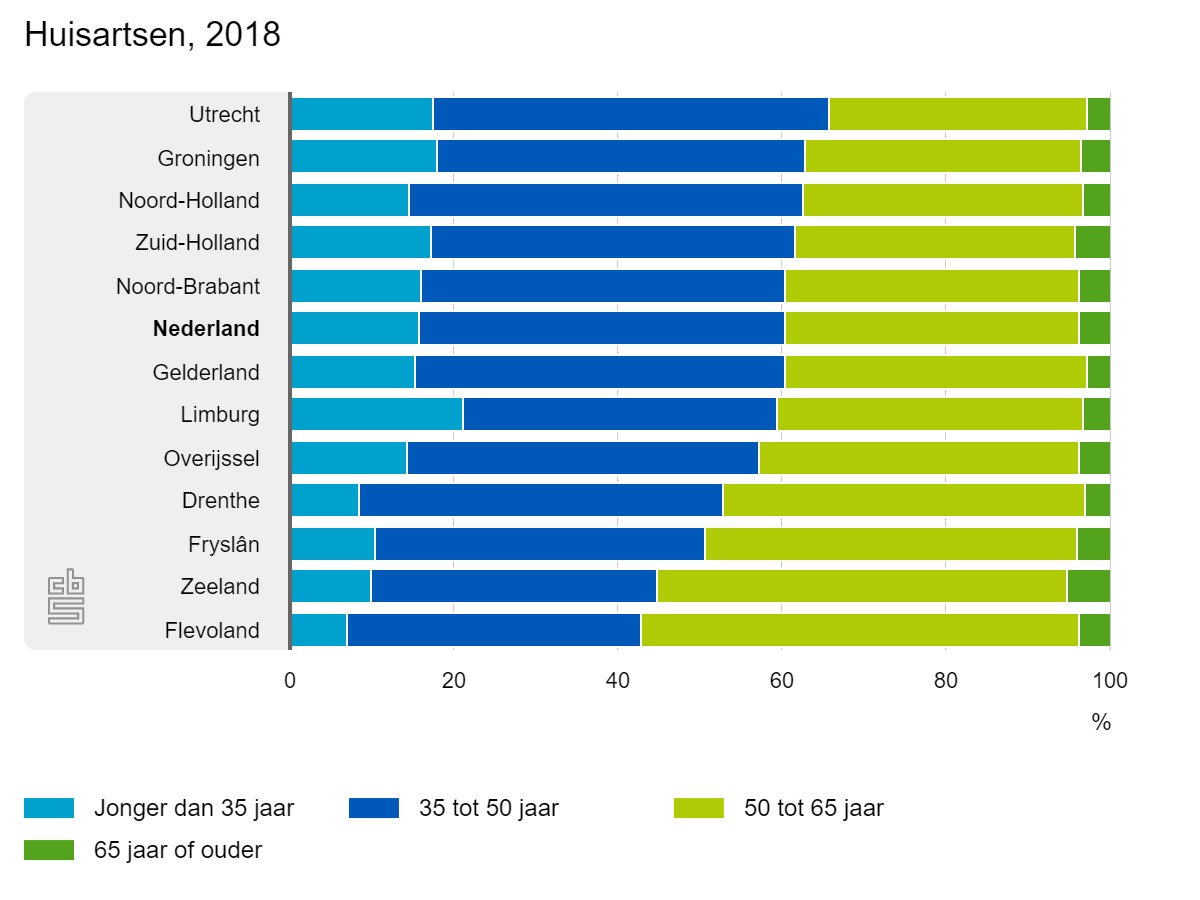 Aside from there being a shortage of young doctors in the making, it seems that some Northern provinces have general recruitment problems. Though Zuid-Holland has 2,400 active doctors or so, Friesland only has 390, and Drenthe 355. Flevoland comes bottom of the list, with just 140 doctors.

This rather puts the shortage of GPs in Friesland into perspective, especially considering its population tends to be somewhat older than the national average. According to the Dutch government’s report into Krimpregio’s, or areas that are particularly suffering from population loss, Noordoost-Friesland is the region losing the most people in the country.

Chart via the CBS