Derek Strothmann: “Go to the countryside”

by Traci White
in contributors
0

As a New Yorker who moved to the Netherlands 26 years ago, I miss sauntering through Central Park. But nowadays, I make up for it by biking to the International School Groningen where I teach and walking around the province of Groningen. It is a change from commuting by subway in the rush hour of Manhattan, but it is pleasant to bike through the countryside to work.

Text and photos by Derek Strothmann

Life as a teacher is sometimes frustrating, often rewarding, but I find it necessary to get out into the woods of Appelbergen, part of a national park Oudemolen. Nothing compares to a walk through my neck of the woods in the Onnen and Glimmen area of the Appelbergen, which is the middle part of the second stage of the Pieter Path walking trail. 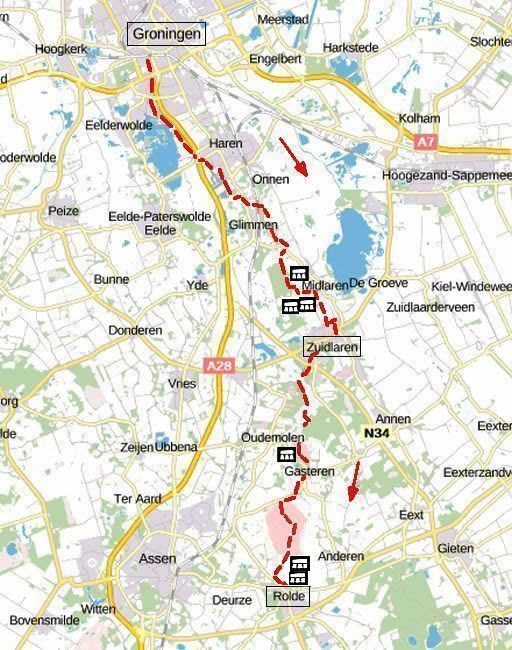 Walking frees and recharges my spirit. I live on the Dalweg on the Pieter Path, just over the viaduct which goes from Glimmen to Onnen. Unsurprisingly, it also goes from Onnen to Glimmen. Acacia trees dot the slope as you go down the Dalweg road and descend into the Tranendal area, where you gaze at the sheep and cows grazing in the grassy valley below.

Tranendal means “valley of tears”: it used to be a poor farming area. Our farm is called the Leemgaard and contains my wife, two dogs, one cat, two sons, four pigs, and me, not necessarily in that order. I am the worst farmer ever, but a shepherd is happy to graze his sheep on our land. 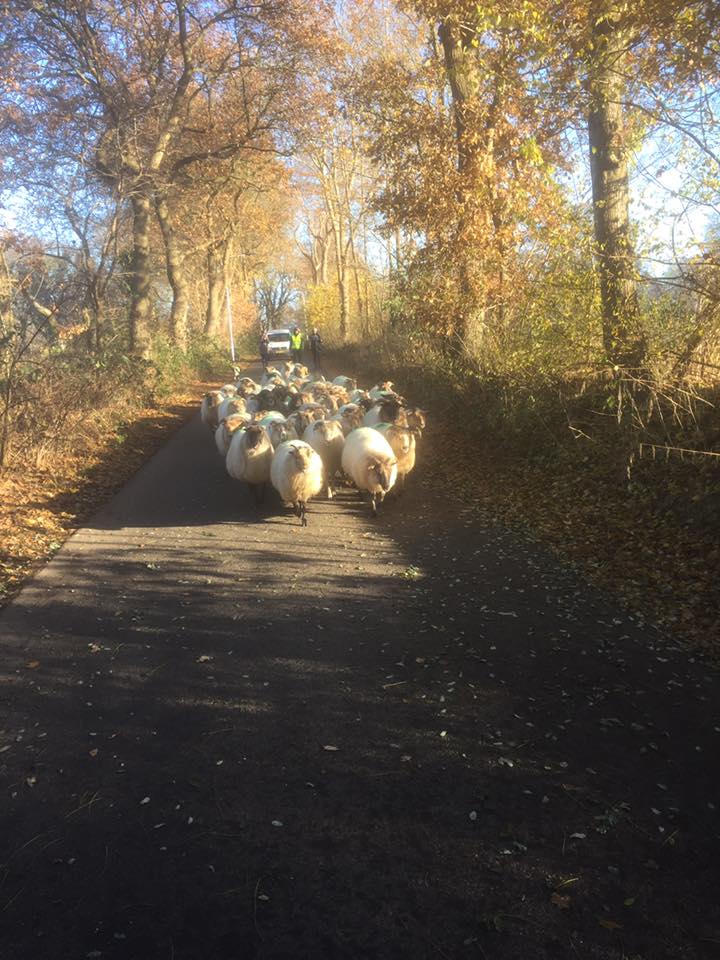 The countryside becomes more herbivorous as you hike into Onnen from Haren. The huge red birch trees in front of the farms in Glimmen and Onnen are a farmer’s good luck tradition, keeping the farms shady in the summertime.

An early morning walk is best because you can hear the birds singing: it calms me down enough to explain grammar tenses when school begins later in the day. In the Appelbergen, you see and hear unspoiled nature. Birdwatching is best from 5 to 7:30 a.m., when you can enjoy the sunrise as the bird’s cries to mate or defend their territory fill the landscape. Sharpen your senses and enjoy the deep, chirp chirp chirp of the Nuthatch; the onomatopoeia of the Chiff-Chaff’s call; the tittering of the Great tit; the robin redbreast’s tweets; and the pecking of three types of woodpeckers as the deer wake up and stretch their flanks.

My preferred walk is with my dogs in tow. You see, in a previous life, I believe I was one. Moving, smelling and feeling your way by instinct in our area gets me in touch with my inner dog. It’s also a good way to chat with random passersby. Don’t miss the deep rusty red of the heather field which can be seen from August to mid-September.

Moving on in the Appelbergen, you come to a pond with a memorial to the May 1943 strike; it memorializes the train and farm strike in which 31 Dutch people were shot by the Nazis in 1943. The remains of 18 of these victims were found in the Appelbergen in 1945, after the war ended. The price paid for trying to shorten the war and delay the transport of the Jews was high – it is a sad yet inspiring monument. How lucky we are to be free. 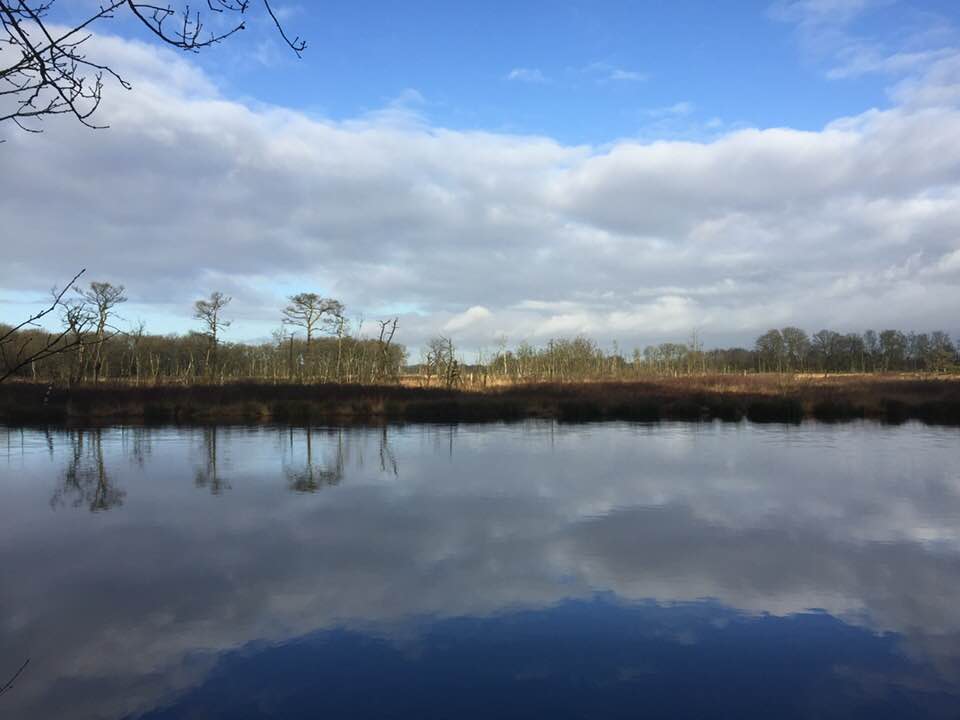 On the other end of the Appelbergen is the Vogelzangsteeg, literally the “bird-song alley”. Go to the “Buurderij”, a butcher where you can get Limousin beef sourced from the 350 head of cattle grazing on nearby farms (rather than New Zealand). It’s one of my dogs’ favorite places, too. There is a locally sourced cheese shop nearby and a green grocer’s who both operate under the motto of “from farm to table”. It’s artisanal and tasty “bio” food, less stressfully produced for the animals and better for the environment than regular farming.

Walking further south you reach Noordlaren, famous for its megaliths, or hunebedden. These giant stone formations were placed by prehistoric man as burial tombs. They are fun to jump on, too!

Walk four kilometers through Midlaren to Zuidlaren to finish your long-distance hike in this beautiful village in the province of Drenthe. Grab a terrace seat on the Brink market square to people watch and order poffertjes and bitterballen with the liquid refreshment of your choice. You’ve earned it! Good job – you’ve just walked 21 kilometers!

Many hikers walk the whole Pieter Path. The starting point is Pieterburen on the North Sea and it ends 485 kilometers further on at Fort Sint Pieter, east of Maastricht on the Belgian border. You can walk through the entire Netherlands in about three weeks.

No trains between Assen and Groningen Europapark