De Smaak van Stad: every food festival in Groningen in 2019 | The Northern Times

De Smaak van Stad: every food festival in Groningen in 2019

Culinary blog De Smaak van Stad has put together a comprehensive list of the many food festivals set to take place in the city of Groningen throughout 2019. From beer and wine lovers to those of us who can’t get enough of Dutch fried treats, there is something for everyone on the food festival scene.

EM2 on the grounds of the Suikerfabriek will be hosting the second edition of this specialty beer festival in a couple of weeks, featuring wild yeast-intensive brews from across the Netherlands – namely Enschede, Brabant and Nijmegen – and beyond, including Australia. This festival will be completed with rock and blues bands and a couple of food trucks.

29 May to 2 June – Groningse Terrassen Festival

A range of popular Groningen restaurants will be taking part in the Groningse Terrassen Festival in the Stadspark between the 29th of May and the 2nd of June. Flinders, El Santo, The Foodspot, De Soepwinkel, and Blokes will be on hand serving up food and drinks during the five-day-long festival, and DJs, a silent disco, karaoke and boeles will also be hand for your entertainment. 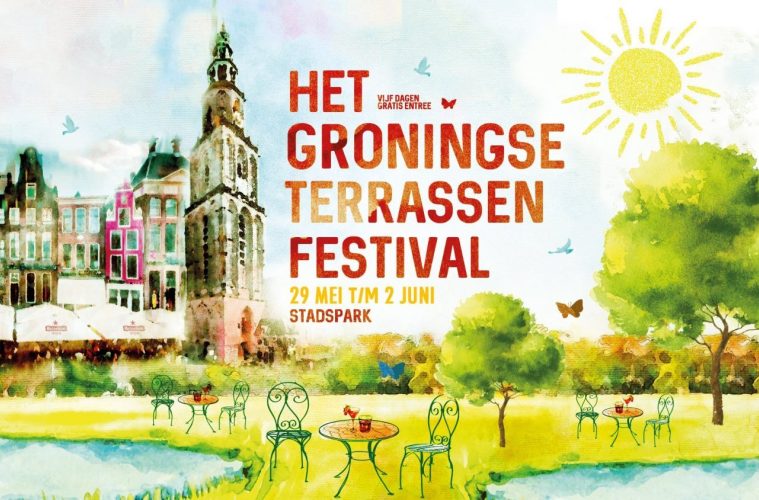 This festival will celebrate all things fried, of which there are many in Dutch cuisine. From the classic snacks like kroketten and bami to more innovative takes on portable late night snacks – think cheese meat balls and fried Bolognese – fried food lovers can dig into a wide range of crunchy treats.

This festival’s name is literally translated as “The Culinary Temptation”, and this food truck rodeo tempts visitors to sample new foods while enjoying a stroll through the Noorderplantsoen, serenated by up-and-coming musicians.

The north’s most beloved performing arts festival, Noorderzon is best enjoyed with poffertjes, ice cream sandwiches or other tasty creation from the participating food vendors in hand. This year’s edition will have a special emphasis on sustainability, which will likely translate into even more local products and restaurants being on hand. 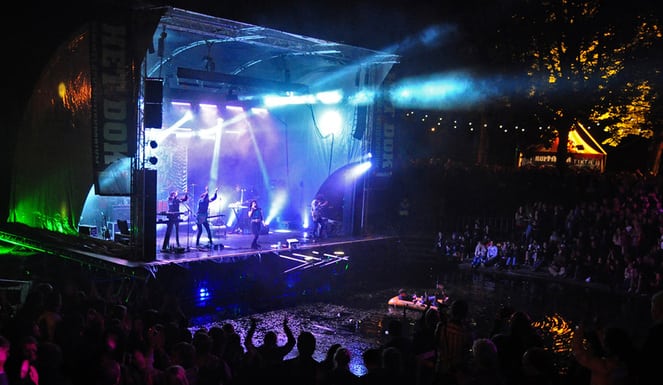 The second edition of the EierbalFestival, which is dedicated to the uniquely Groningen delicacy (boiled egg covered in ragout and fried), will be held in September. The festival is organised by De Smaak van Stad, and the 2018 edition proved so popular that it actually ran out of eierballen. The 2019 edition will be held at EM2 and will also feature live music, entertainment for visitors of all ages, and a quiz.

Groningen brewery Bax Bier will organise this beer festival on their home turf on the Friesestraatweg this year and will host a powerhouse line up of other breweries, workshops and good food.

As the name suggests, this four-day festival which is held in the Aa Kerk, is all about wine, both local and international. But visitors can also take part in wijn-spijsproeverijen: wine and food pairings.

The summer months are traditional food festival time, but the Groningen Wild Festival leans into the autumnal food offerings and highlights game, much of which will be provided by De Wilde Slager from Groningen. This culinary event will also be held at EM2 and will also feature beer, wine and cider.

What kinds of cuisine would you like to see more of in the north? What are your favourite dining events and establishments in Groningen, Drenthe and Friesland? Saskia Jonker of De Smaak van Stad will be joining us on the next episode of our podcast, Econ 050, which will be coming out next week, so stay tuned. You can find the latest episode of the podcast on iTunes and right here on the Northern Times site at econ050.northerntimes.nl

The best picnic spots in Groningen: Pack your lunch and go outside

Vindicat’s official RUG and Hanze accreditation ‘not up for discussion’

Tiny Houses in Groningen – an answer to the housing crisis?

The best picnic spots in Groningen: Pack your lunch and go outside

Celebration at Groninger Museum in honour of women’s suffrage anniversary