Construction has begun on a 74-meter-tall block of flats on the Hoogeweg in the Reitdiep neighbourhood.

The complex’s exterior will feature a design based on a painting by Hendrik Nicolaas Werkman, a 19th century experimental artist who was born in the province of Groningen.

The Groninger Internet Courant reports that there will be 698 student flats inside the building, including 231 short stay units which operate under similar regulations as the hotel industry in the Netherlands. Geveke Bouw, the construction company behind the build, says that the building is primarily intended to house international students. 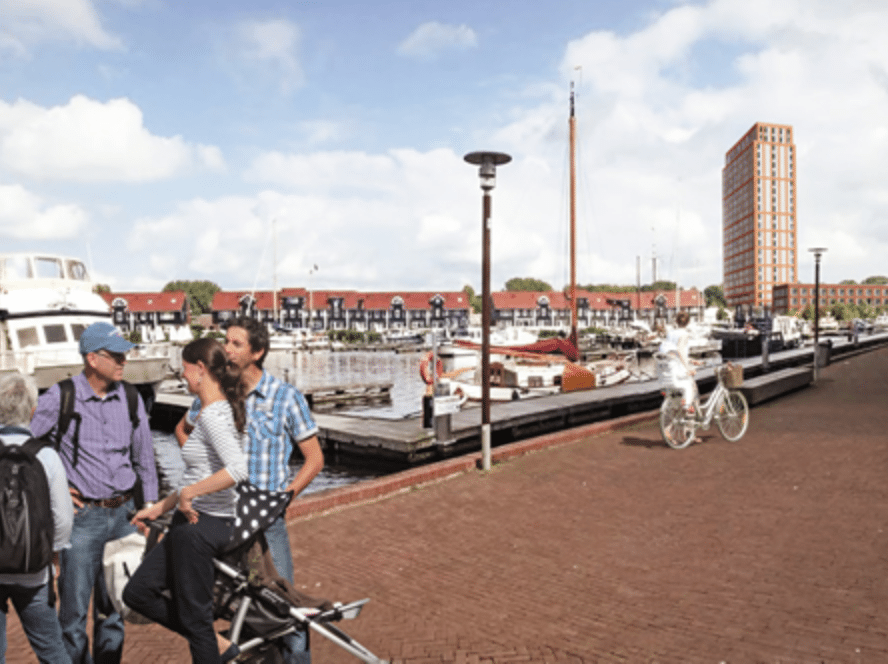 The complex’s courtyard will have several sports fields for residents. The ground floor of the complex will have space for eateries. The residential units will range from 20 to 40 square meters, and the top floor will house multi-level units with sweeping views of the city. The complex is expected to be completed in early 2020.

The u-shaped complex’s design is meant to be earthquake resistant: Dutch natural gas company NAM was consulted in the design. INBO architectural firm designed the complex and it is being developed by Borghese Real Estate and Urban Developers. Geveke Bouw is carrying out the construction. 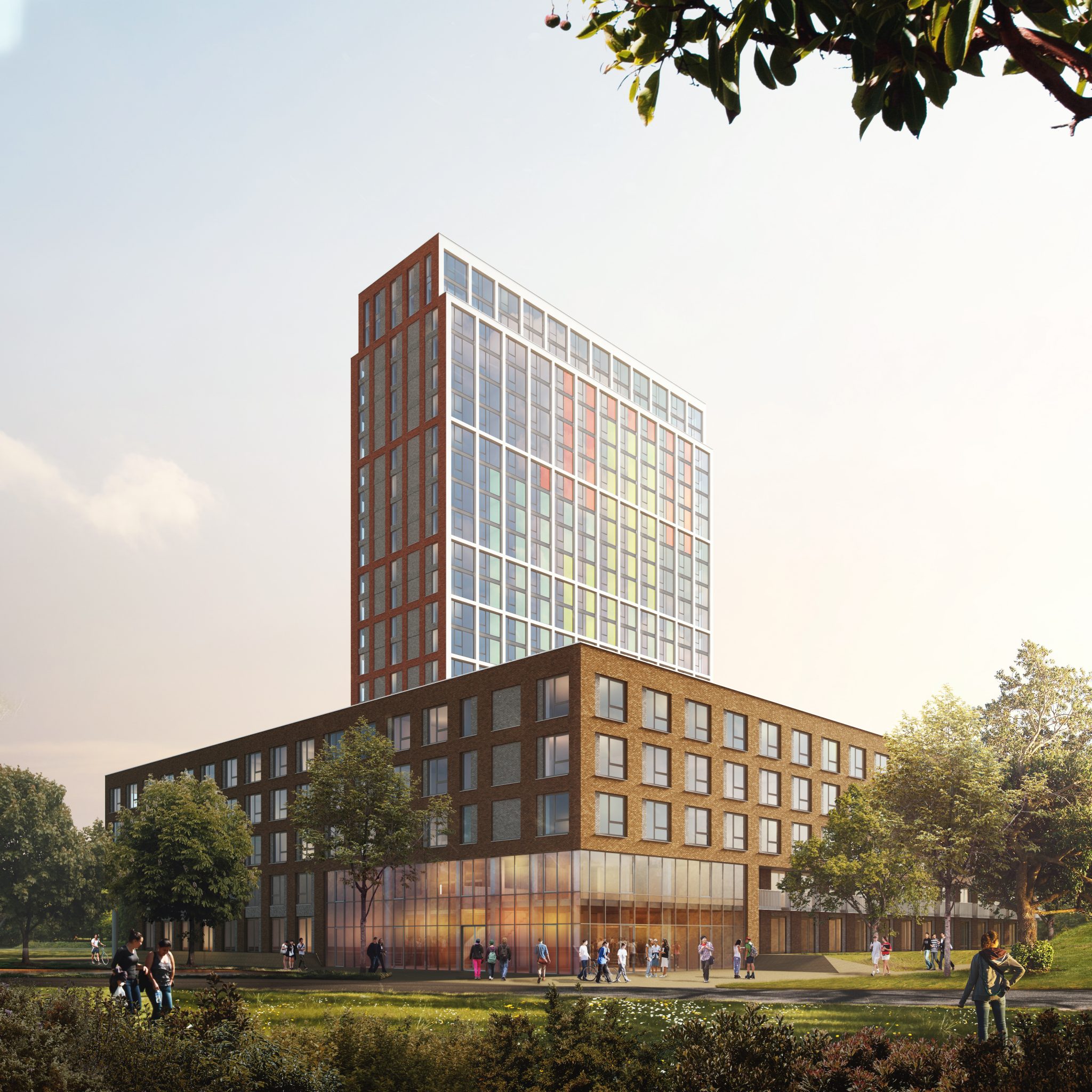