The KNMI (Royal Netherlands Meteorological Institute) is issuing a code yellow weather alert for a large portion of the country, including all three of the northern provinces.

Meteorologists are predicting heavy wind gusts coming in from the northwest that will eventually impact much of the country. The coastal provinces are expected to feel the effects of the storm starting on Monday night, mainly in the form of wind gusts between 90 and 100 kilometres per hour.

Over the course of the day on Tuesday, wind gusts of between 80 and 90 kph will be impacting the northern provinces. The code yellow weather alert will come into effect on Tuesday at 2 a.m. and is expected to remain in place until Tuesday evening.

According to the Leeuwarder Courant, the islands are bracing themselves for the possibility that even more debris from the containers on the MSC Zoe will come ashore due to the windy conditions and spring tide. The wind gusts may generate waves as high at 10 meters, which could cause the 220 containers on the seabed to shift. 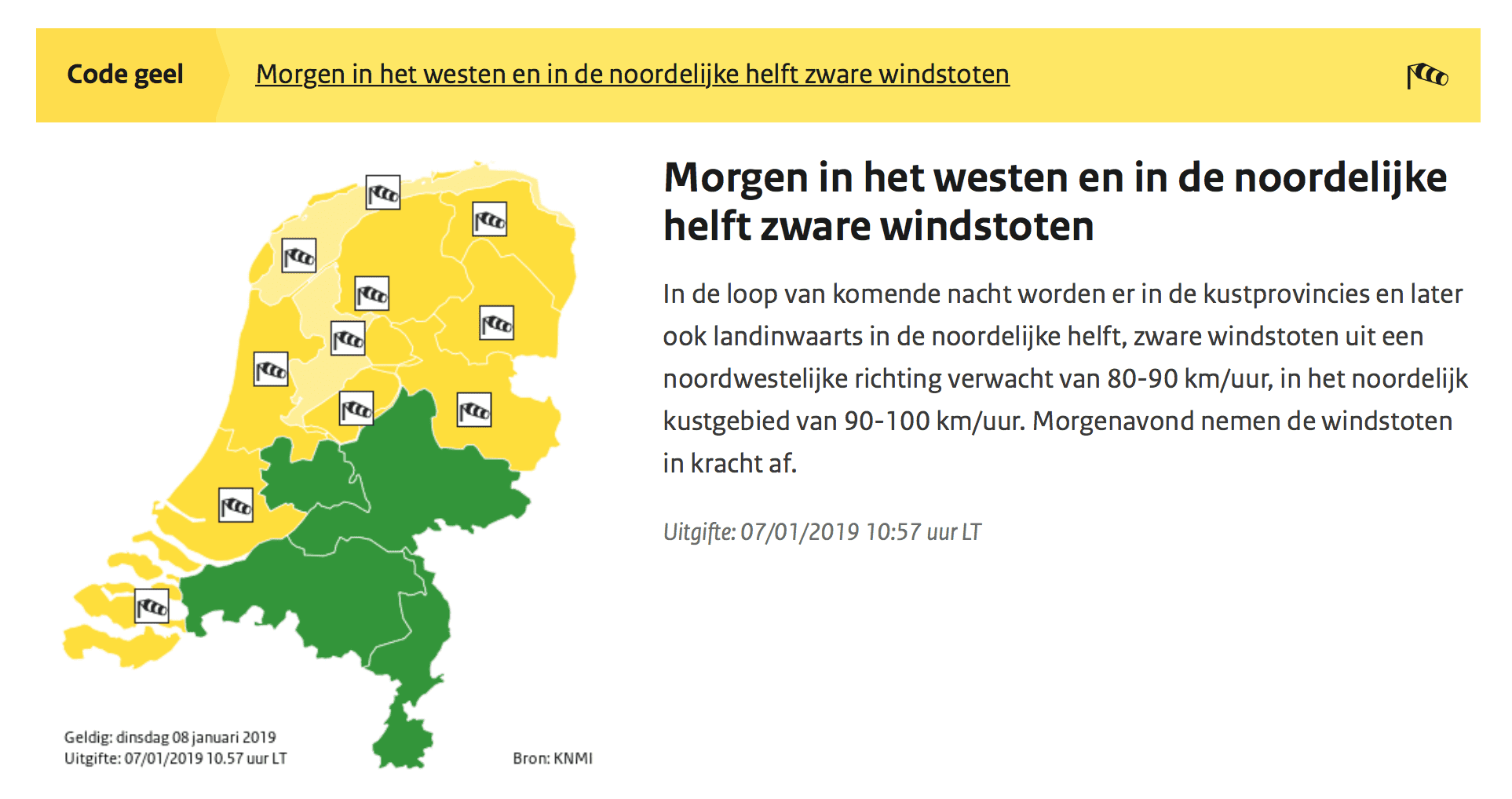 Dike monitoring in Groningen, Friesland due to high water

Dike monitoring in Groningen, Friesland due to high water