CNN programme names Groningen one the best places in Europe

Groningen was named as one of 17 destinations on a modern version of the “Grand Tour” by “Quest’s World of Wonder”.

“Quest’s World of Wonder” is a CNN Travel series by anchor Richard Quest, who also hosts a number of business shows on the network. The inspiration behind the list is a 21st century take on the concept of the Grand Tour, a must-see list of European destinations for well-to-do men and women in the 18th and 19th century.

Groningen is highlighted alongside the likes of major metropolises like Lisbon, Athens, Salzburg and Dusseldorf. The description positions the city as “a winning alternative to Amsterdam”, citing the charm of the canals and facades minus the maddening crowds. The list encourages visitors to rent a bike and hit the “flat and easy” routes through the heart of the city. “Clamber to the top of the Martini Tower, take a stroll around the Noorderplantsoen park and grab brunch at achingly cool Bakkerij Blanche.” 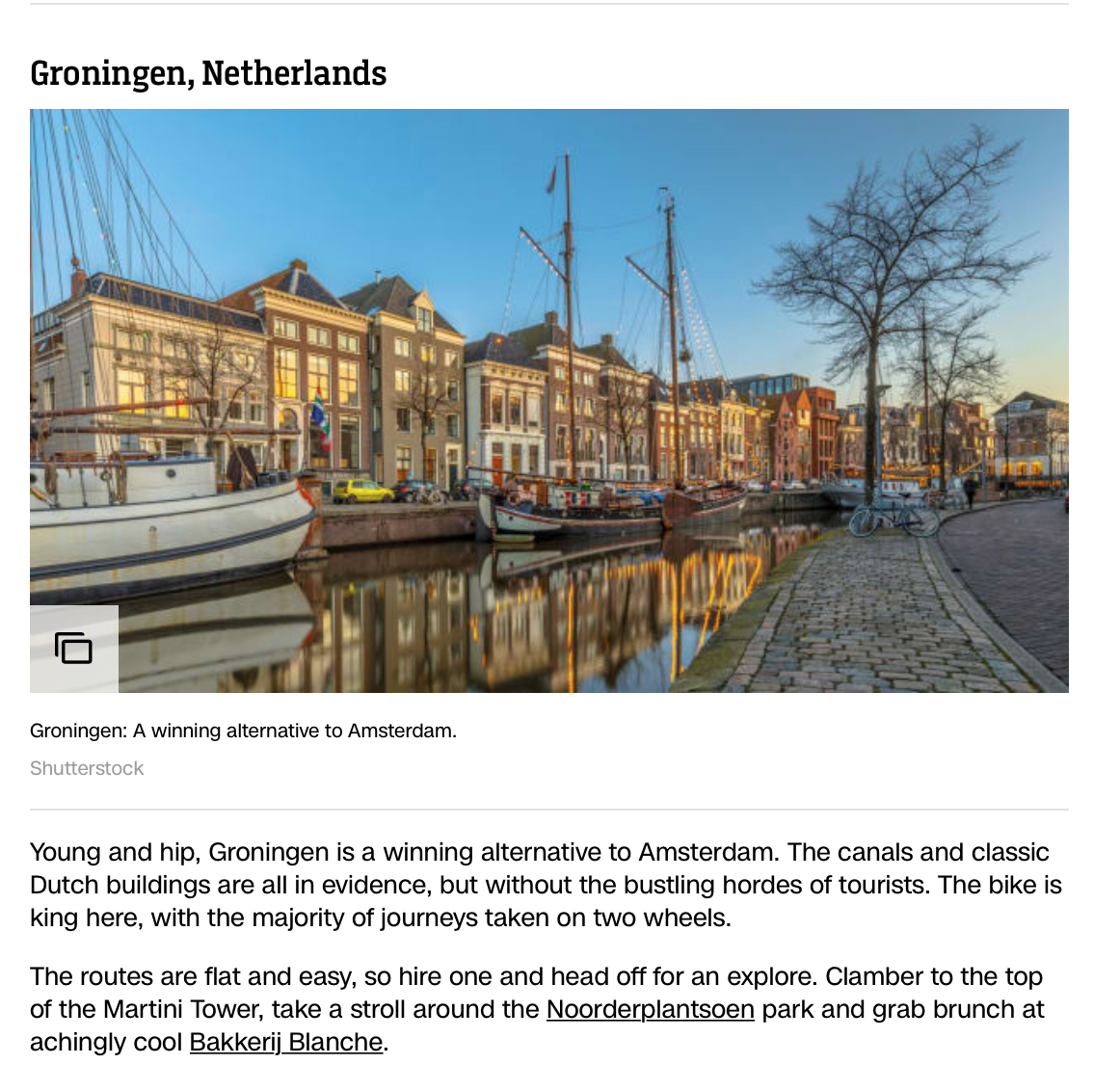 Regions included for their natural beauty and ancient architecture are Dingle Peninsula in Ireland, Picos de Europa in Spain, the Lofoten Islands in Norway and Apuseni mountains in Romania.

Groningen is not the only area in the north in the international spotlight: Back in May, Friesland was selected by Lonely Planet one of the top vacation destinations in Europe.

Check out the full list on the modern Grand Tour according the Richard Quest at CNN.com

Leeuwarden to be included in fast train service pilot

Leeuwarden to be included in fast train service pilot