by Traci White
in People
0

Marian Counihan, the founder of City Central, is originally from South Africa, but realised she had become a local when the prospect of leaving came up and she did not want to go.

Seated inside the small but charming lounge-like storefront, Counihan recalls feeling gob smacked in her first years living in the north to discover the activities and projects right under everyone’s noses that simply were not publicised in English. But when an opportunity came up to move elsewhere in the Netherlands, “that’s when the penny dropped and we recognised that we have a really great quality of life here.”

Counihan is the co-founder of City Central, which is celebrating its first six months in operation. City Central’s main goal is to be a place with no threshold for international residents of the city to find ways to feel at home. “We want to help new residents integrate: it’s not just about approaching them, but connecting locals to new residents and plugging them into the city.” 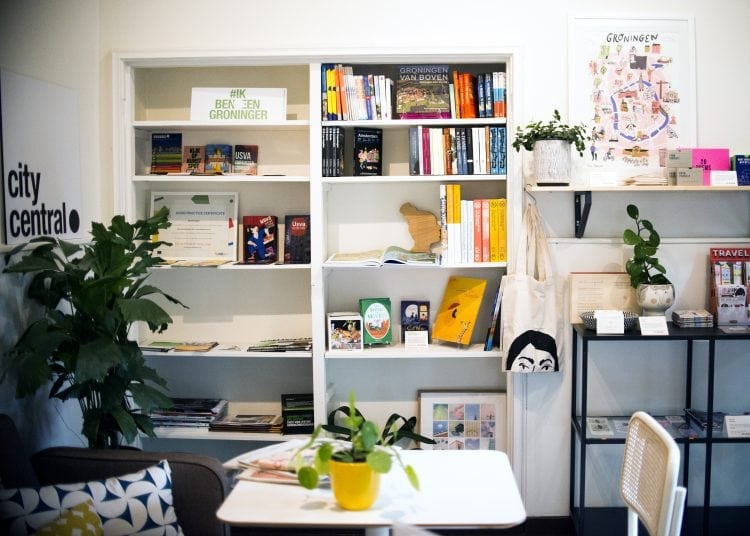 The storefront, which is attached to Der Aa Kerk on the Vismarkt, rushed to make sure its doors were open during the Let’s Gro festival in November 2017. The well-appointed space features soaps, socks and postcards created by local Dutch artists. Counihan says that City Central seeks to share the somewhat hidden gems of the city, including producers who may be better known abroad than in Groningen itself.

The seed of the idea for City Central was planted while she was working on Groningen’s new welcoming policy: through speaking with dozens of internationals, she heard again and again how many people wanted to stay longer in the north but struggled to get past the initial stages of the Dutch language and finding a job in the region.

One way of addressing the language barrier is City Central’s biggest project so far: My Local Friend, which pairs up international residents in the city with people who were born and raised in the city. Counihan says that they have around 100 residents in their database, including newcomers and long term stadjers, who have agreed to be a local friend, and City Central has paired up around 40 foreigners so far.

My Local Friend helps newcomers to have someone with whom they can practice their Dutch, and learn more about the city. The “friends” can share the lived history of the city and Dutch culture more broadly, from explaining how the electoral system works to the local arts scene. “It’s really heartwarming to see the mutual interest”, Counihan says. “Some of the people have really embraced each other and meet up every week.”

The store front has begun hosting movie nights and is considering holding more low-key events like book clubs in the space. City Central also organises guided tours of Groningen, from an insider’s map of 20 vintage clothing shops scattered across the city to regular guided tours of the market on the Vismarkt.

Counihan says that she wants to make sure that City Central creates a sense of belonging for everyone in this increasingly international city. “Groningen is fundamentally changing, so how do you keep your local identity while becoming more cosmopolitan?” For City Central, the way to do that is making sure that new arrivals can become locals, too.

Correction: an earlier version of this article stated that there were 100 local residents in the My Local Friend database. The database includes 100 residents altogether, not just long term residents.