Charles Dickens, ugly jumpers and plenty of glühwein: Christmas across the north

by The Northern Times
in What's happening
0

You may not want a lot for Christmas. There may just be one thing you need. You may not care about the presents underneath the Christmas tree. If all you want for Christmas is glühwein, then you are in luck: here are the loveliest, tackiest and most gezellig Christmas markets and events across the north this December.

By Traci White and Thomas Ansell

Most events are open to everyone, but some do require signing up in advance, so be sure to double check before heading out.

During the festive Swedish Christmas Market at the former Suikerfabriek, there will be two full floors of 95 stands selling Swedish smoked salmon, waffles and chocolates alongside Christmas ornaments and handmade craft vendors, all set to the sounds of Christmas choirs and singer-songwriters. 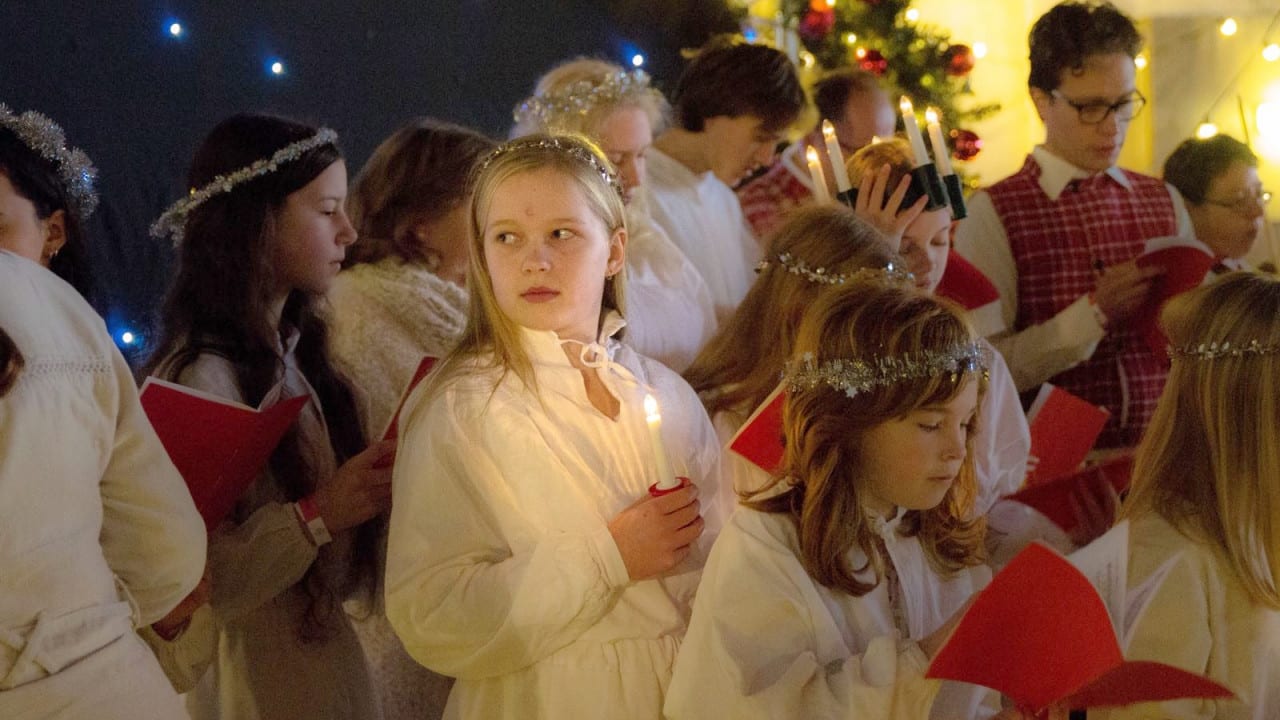 The annual WinterWelVaart event transforms the picturesque waterways of the province of Groningen into a twinkling wonderland: boats are decked out with lights to brighten the dark December days. Visitors can wander along the quays, hot chocolate or glühweinin hand, and take in live music, theatre performances, and art installations. WinterWelVaart will be held in Zoutkamp, Appingedam and Sappemeer this weekend, and the Groningen edition will be held on the 22ndof December, just in time for Christmas.

The oft-photographed, star-shaped Bourtange fort in the province of Groningen becomes even more charming every December. In the first, second and third weekends of December, the fort is hosting 100 stands and thousands of lights ensconcing every bridge, pathway and rampart, complete with a giant Christmas tree in the heart of Bourtange.

This year, the second edition of the Dickens Market in the Helpman neighbourhood has been scaled up. The Buurtcentrum De Helper and the garden will be packed with stands selling Christmas treats and seasonal gifts, all dressed up in their best impression of the Victorian era. This year’s edition seems set to be quite busy: 8,600 people have said they are interested in coming on Facebook.

The interior of Martinikerk will transport visitors to the perfect German weihnachtsmarkt on 15 December, complete with glühwein. This event in particular is child-friendly and many of the vendors on site will include activities meant for the little ones. Another special feature of this event, beyond the spectacular location, is a light show projected on the stained glass windows.

While many of us unironically sported our flashiest Christmas jumpers back in the ‘90s, this holiday attire is having a renaissance these days, and DOT is here for it. After lighting up the (self-proclaimed) largest Christmas ornament in the world on the 6th of December, DOT is hosting an Ugly Christmas Jumper Party on the 21st of December – the campier, the better. There will be Wham, Mariah Carey and yes, more glühwein. This is another event that looks set to be awfully popular: 193 people have made it Facebook official and are planning to put on their baroque best for the occasion.

Now in its 28th edition, the Christmas Market in Wezup is located in a village straight out of a painting nestled between Emmen and Bourtange. The christmas market is so good, it attracts not only Dutch people from the North, but also Germans from the border region. After dark (so 4 p.m.), the market is lit by hundreds of candles for a truly festive atmosphere.

Complete with carolling and choirs throughout the day, the German-themed market in Roden has tasty Christmas staples like glüwein, currywurst, and Dutch erwtensoep. In addition to 100 stalls on site, the market will also have an ice skating rink and a classic carousel. If that’s not quite enough entertainment, Roden theatre association Atovero will be doing street theater performances. 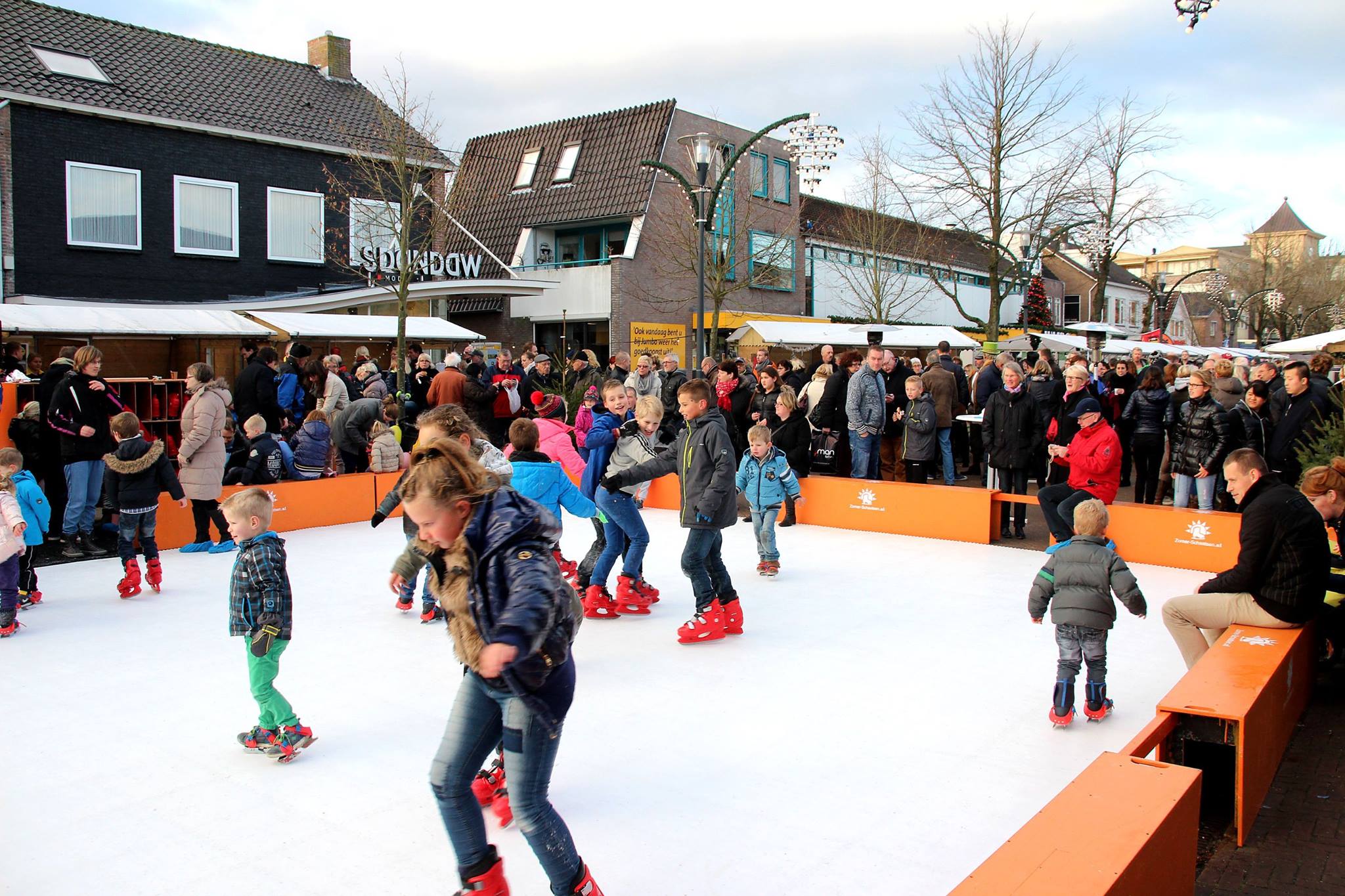 The centrepiece of this sustainability-themed afternoon in the Drents capital is a chance to learn from the prize-winning women’s choir Au Bain Marie how to sing polyphonic Christmas songs. The 12 singers will first guide the group in the art of carolling before several glasses of mulled wine steels everyone for the free concert, where you can join the choir on stage yourself.

Held throughout the centre of Emmen, this festival of icy beauty will start with five enormous ice blocks being moved into place before the monthly koopzondag shopping day gets underway. Throughout the afternoon, artists led by ice guru Wim Vos (based in Orvelte) will transform the giant blocks into captivating transient sculptures. The artists will be at work on the Hoofdstraat, Matisseplein, Raadhuisplein; Horecaplein, and the Mondrieaanplein.

Having been granted city rights in 1644, Meppel is the older city in Drenthe and was originally an inland harbour. Its grachten (waterways) and bridges will be given the festive treatment during the Christmas Walking Tour. Atmospheric and historic, the lantern-led walking tour around Meppel will start at the historic Sluisgracht, head past the de Vlijt windmill, and finish at the Meppeler toren.

If you exercise before Christmas, then whatever you eat during the festive season doesn’t count, right? If you exercise in a terrible, itchy jumper, then you will also bring joy to everyone who sees you jogging past. Combine the two with the Run2Day mini-marathon, a 7-kilometre run with prizes for the best (worst) Christmas jumper, and a tasty brunch.

An enormous Christmas market in the pretty port city of Harlingen, the Zoutsloter Kertsmarkt will have over 200 stalls with everything from handicrafts, to both Dutch and non-Dutch specialities, and bargains galore on offer. Food options are equally wide, with fresh apfelstudel, poffertjes, and cheeses, as well as locally produced jams and other excellent gifts. Music will fill the market throughout the day, including choirs and street performers.

12 to 15 December: Winterfair in Harkema

Set within the surrounds of de Spitkeet open air museum, the Winterfair Harkema is a throwback in the very best sense. The fair will include Christmas crafts for adults and children, story tellers, competitions with prizes, and self-care demonstrations such as beauty therapy and yoga. Food will not be lacking either, and fairgoers can warm themselves up with famously thick Dutch erwtensoep, or indulge in a homemade oliebol.

15 and 16 December: Dickens Market in Leeuwarden

Head to the European Cultural Capital for a Charles Dickens-themed Christmas Market. The event will include food trucks, around 150 market stalls, and loads of entertainment for young and old. Carollers, street theatre, and wandering actors portraying Dickensian characters such as Ebenezer Scrooge, Oliver Twist, and Fagin will complete the scene. The Oldehove tower will be centre for theatrical performances, and the event is expected to attract thousands.

Árstíðir is an Icelandic band, who topped their countries’ charts within six months of their debut release. Their music is a mixture of folk rock, and electronic compositions, and they have made their name by performing in interesting locations, such as a German train station and a Russian concert hall.

The range of interpretations of Christmas music around the world never ceases to amaze, and that will be on full display during a performance by Celtic trio Merain in the Frisian town of Uitwellingerga. The group has been performing folk music together since 2010 and has been charming audiences across Europe with their intimate and moving concerts.

On Christmas Eve and Day, De Spitkeet in Harkema is all about snert, the Frisian name for Dutch split pea soup. Three walking routes will take visitors through some of the most beuaitufl parts of the Frisian Wouden, past ancient tree wals and unpaved paths. The routes vary in lengths from 7 to 20 kilometers long with spots to take a rest along the way.