Business Woman of the World Marion Tjin-Tham-Sjin: “I don’t have any special talent” | The Northern Times

Business Woman of the World Marion Tjin-Tham-Sjin: “I don’t have any special talent”

During an event focused on the northern job market, Marion Tjin-Tham Sjin, owner of Splendid China, debated the role of talent in being a successful business person.

By Hans de Preter / Translation and photos by Traci White

Tjin-Tham-Sjin started Splendid China, an export company based in Appingedam with offices in Shanghai, back in 2006. She was awarded the title of Business Woman of the World during the Wintrade business conference, a weeklong event focused on supporting female entrepreneurs worldwide, in London in May. Tjin-Tham-Sjin won the title in the International Trade category.

On Monday, Tjin-Tham-Sjin addressed a crowd of regional employers, politicians and academic institution representatives during an event in Drachten for Top Dutch Talent, a regional platform focused on keeping international talent in the region. Like many areas of the Netherlands, the labour pool in shrinking in the northern provinces of Groningen, Drenthe and Friesland, and both local and multinational companies are recognising that international graduates of regional academic institutions are well qualified to fill those vacancies. 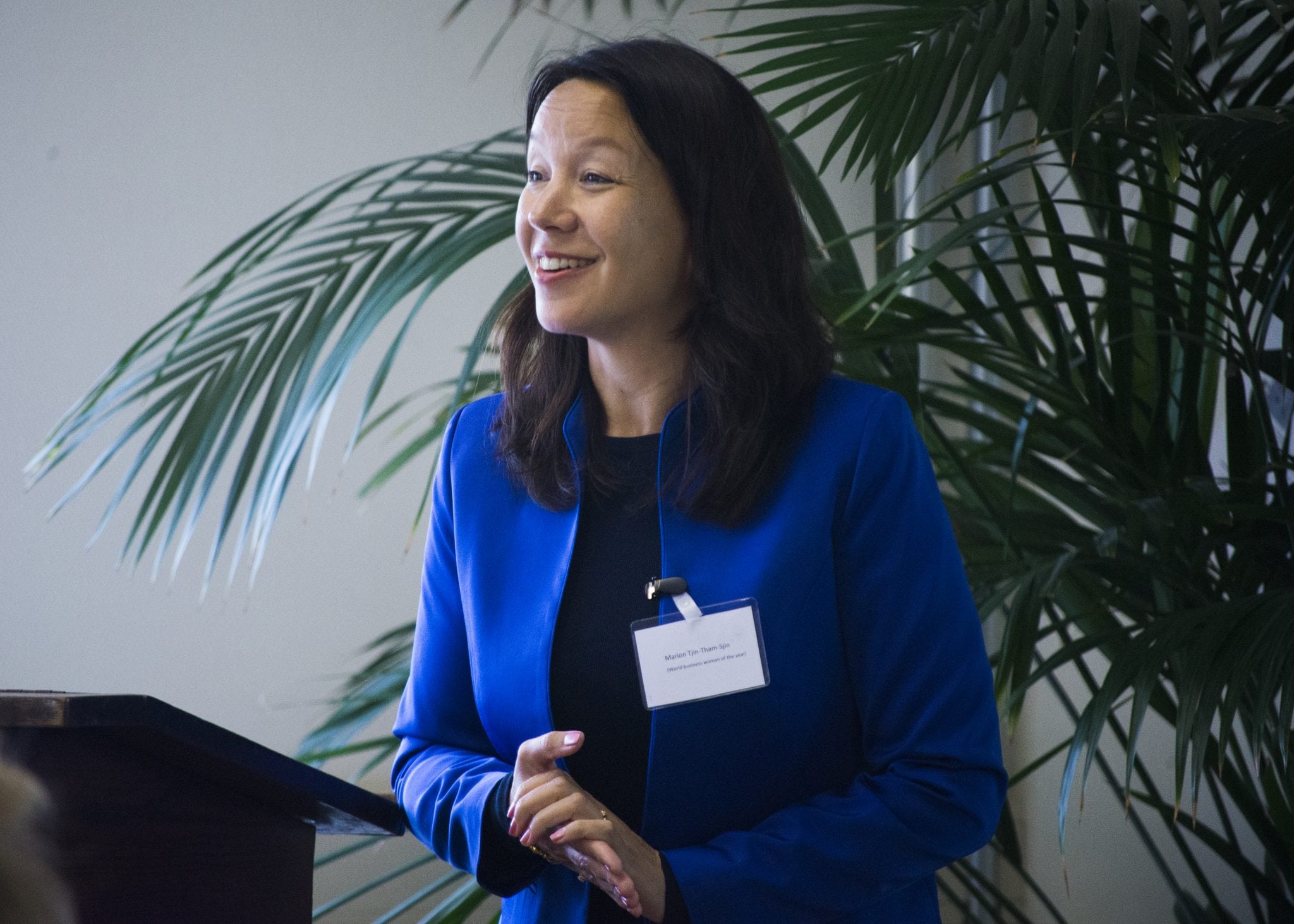 The Groninger Internet Courant reports that Tjin-Tham-Sjin was invited to speak at the event due to the international nature of her company, which helps Dutch companies looking to export their goods to China, and vice versa.

Tjin-Tham-Sjin repeatedly stated how it still felt strange to be referred to as a business woman of the year, and said that she did not consider herself particularly talented. “If I have any talent, it’s just the fact that I’m half Chinese and half Dutch, and I’ve figured out a way to make good use of that.”

Her advice to the audience was to utilise the attributes and skills you already have, and to be persistent. “If you fall down, just get right back up, and always stay focused on your ultimate goal, even if it feels like it’s taking a long time.” Her idea of the ideal attitude toward for succeeding in business was summed up in a common, but no less true, platitude: “If you do what you love, you’ll never work a day in your life”. Tjin-Tham-Sjin concluded her remarks by reflecting on her pride in coming from the north and what her business has been able to achieve on the global stage.

Editorial note: The Northern Times is one of several Top Dutch Talent initiatives.

From Chile to the USA: Repak in Emmen eyes up the global market

Vice governor of Friesland calls on expats for community initiatives