Ambitious plans for Oosterpoort venue in Groningen - The Northern Times

The Oosterpoort music venue in Groningen is set to undergo dramatic changes in the future: the cultural centre looks likely to move to a new location in the city.

The Oosterpoort, a performance venue consisting of several different stages and spaces, is outgrowing its current location and facilities. The municipality of Groningen is considering ways to make the staple of the Groningen cultural scene future-proof.

Dagblad van het Noorden reports that the question of whether or not to move the Oosterpoort elsewhere was debated during a closed municipal council meeting on Wednesday. One candidate for a new location is the property near UMCG where DOT is currently located: the lease on the property, which belongs to Bos&Bos Catering, will end in seven years. 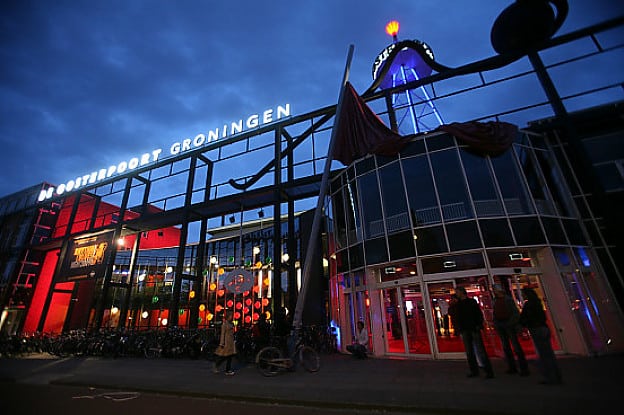 Moving elsewhere in the city would make it possible to build a bigger venue than the Oosterpoort’s current location permits. Another promising candidate for a new location is behind the Groningen Central Station. The municipal council will ultimately decide when and where the music venue will move.

The municipality wants to make sure that the city has a sufficiently large cultural venue – the current Oosterpoort can only hold 1,800 people, but many venues across the Netherlands have far larger capacity. Joey Ruchtie is responsible for booking pop, jazz, world music and folk acts at the Oosterpoort,  and he told the Dagblad that the venue needs to be able to host 2,500 to 3,000 guests in order to compete with other venues.