On Friday, all of the fountains in the LF2018 11Fountains project in Friesland were finally working. Whilst the fountains are now up and running, funding for the province-wide project is another story.

The final fountain – the ice fountain in Dokkum – opened in February, and will flow throughout the year. The other ten fountains were turned off for winter, but as March rolled around, all 11 of the fountains were finally in operation.

But Omrop Fryslan reports that the public art project has been beset with extra costs: the total budget for all 11 fountains was 5.6 million euros, but the final costs ran 500,000 euros over. The custom fountains were meant to be a gift, but now the municipalities housing them are on the hook to cover the extra costs. Part of the funding for the project was expected to come from sponsors, but that fell 750,000 euros short (the province is covering the difference in that case). 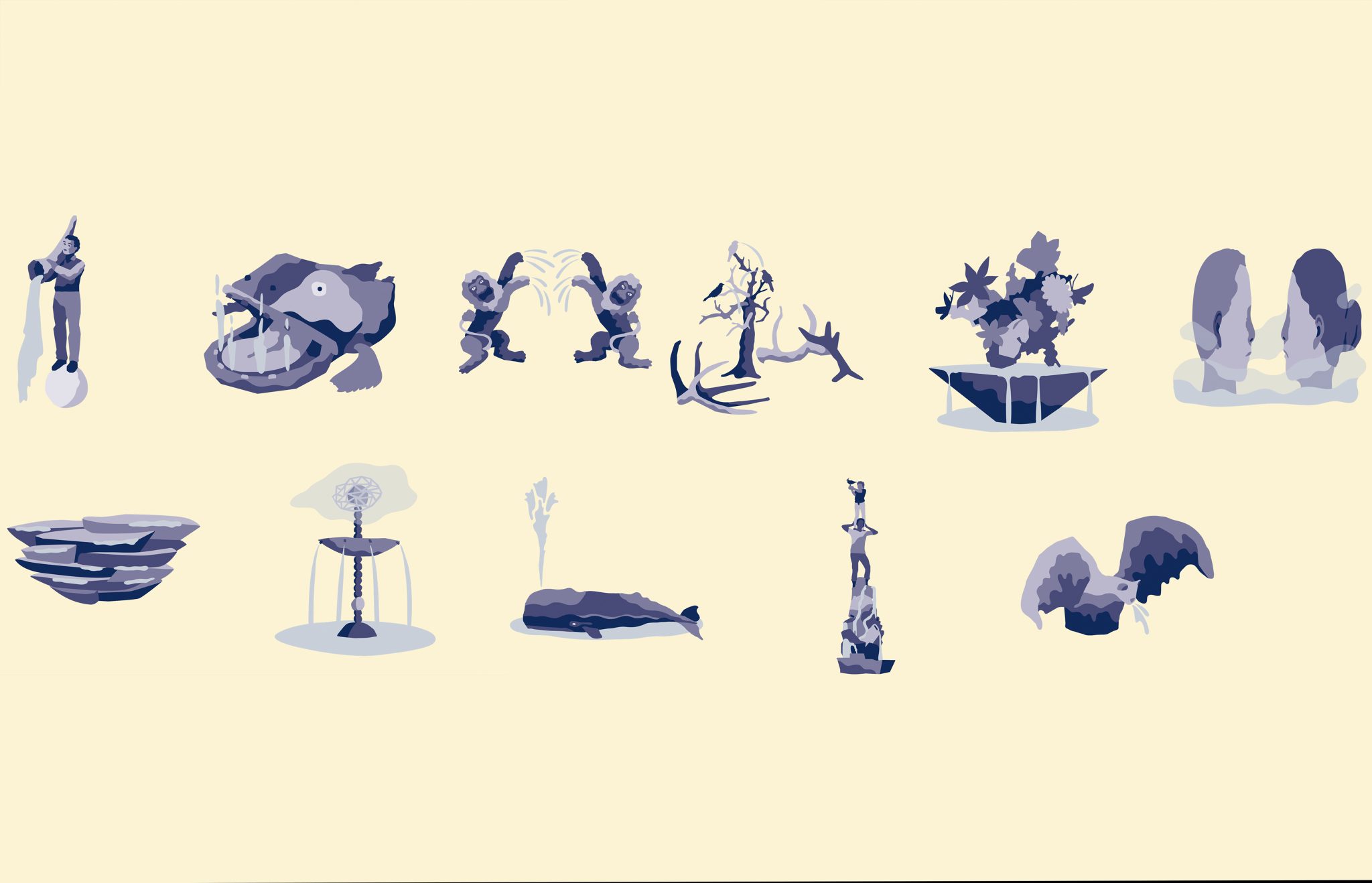 The municipalities are discussing options to cope with the unexpected 500,000 euros in extra expenses, such as dividing the costs over the all of the fountains, the municipalities, or proportionally based on the number of inhabitants. But there are winners and losers to any approach. The first option would see Súdwest-Fryslân paying a big chunk of the costs: the large municipality is home to six of the fountains. If the costs are spread equally across the province, then Noardeast-Fryslân would pay the most because the Dokkum wound up being the far more expensive than predicted. Another option is for the municipalities to take on their respective expenses themselves.

A foundation was meant to be created to handle maintenance and marketing for the 11 fountains, but that has yet to occur. The municipalities have set aside yearly funds to maintain the fountains – how much funding that is differs from one municipality to the next.

Fryske Marren and Noardeast-Fryslânhave decided to take costs on board themselves, so they will not be taking part in the maintenance fund. Marketing for the fountains will now fall under Legacy Organisation for LF2018 Capital of Culture.

The fountain funding has proven to be a headache, but all the effort is not for nothing. The fountains, which are all free to visit and located in central spots in their respective cities, are a strong tourist attraction, especially for culturally minded visitors. Given their open nature, it is difficult to say how many more people have come to the Frisian cities because of the fountains, but nearby cultural and educational attractions have seen a rise in visitor numbers since their fountains arrived, and more tourists are coming to the towns by boat to see them. A special bus tour along all eleven fountains made 169 trips in 2018.

Recount request from PVV and Party for the Animals denied