A ‘global nomad’ settles in Groningen

In her first piece for The Northern Times, writer Wakanyi Hoffman reflects upon her families’ change from living in seven countries in a decade to settling in Groningen- and discusses sustainability, history, and being a ‘Third Culture Kid’

There is no doubt that someday, the colourful collection of visa stamps decorating our passports will retrace the path of our intrepid travel tales. But in the current, rapidly changing global climate, those same stamps represent the sum of our carbon footprint.

Along the way, our four children had all acquired US certificates of birth abroad, all of which required an intricately woven paper trail of special notarisations by the US state department, the Kenya immigration department and the Thai ministry of foreign affairs, to be processed as legal residents of the Netherlands.

While a shared dinner table with other expatriate families would resemble a mini UN convention, it was a recurring conversation about the sustainability of the internationally-mobile lifestyle that led us to rethink our next move.

Our carbon footprint was a stark reminder that our responsibility as self-proclaimed global citizens was in contradiction with the concept of sustainable living. To do our part to reduce the ecological degradation of our shared planet, we needed to direct our expatriate lifestyle on our own ‘green’ terms.

Our mobile lives have always been directed by an international organisation, leaving us little choice as to where our next home would be. If asked to state their home country on a school survey form, our children’s hesitation is usually punctuated by long, exaggerated sighs.

Having attended a combined total of seven schools in different countries, they were beginning to resign themselves to the social experiment that is the Third Culture Kid. The tedious life in a suitcase was beginning to overshadow the exceptional experience of traveling the world.

So we decided to leave the safety-net of the diplomatic identity and intentionally become a self-sponsored international family. We could then live anywhere, either permanently or temporarily, a choice that only we would make depending on our family’s needs and circumstances, and not based on a job posting.

It was warm memories of a past visit to Groningen that sparked the idea to move here long-term.

When the sprinter train finally makes a stop at Groningen Centraal, a Starbucks tucked into the red-bricked entrance hall beckons visitors to give this 12th century city a chance in the contemporary world.

Once outside, a bicycle parking with a 4,000 capacity of the city’s daily commuters confirms why Groningen is also labeled Europe’s number one cycling city. Here, four-year-olds are given an early training for future commutes on their two-wheels. Without protective helmets on their heads, these mini cyclists speed happily past traffic and well ahead of their parents.

But there’s more to Groningen than bicycle lanes, impressive works of art and old buildings. For Chamutal, a seasoned Israeli expat whose daughter attends the same school as my son, the city offers a work-life balance that allows their family to spend plenty of quality time together.

‘For us, this is the natural environment in which we want our children to grow up,’ she says. A former humanitarian aid worker turned mindfulness coach for large corporations, she is overtly sensitive to the speed with which one can fall onto the slippery slope of modern-day busyness.

She picks upon a generalised attitude amongst Groningen residents that defines a life well lived as time well spent. ‘Here,’ she says, ‘you are free to choose how fast or how slow you want to take life.’ Groningen offers what bigger cities cannot- a chance to step back to a time when children could frolic outdoors unattended, exploring nature and discovering their raw potential.

The quintessential wooden windmills that Holland is associated with can be found in villages all over the northern provinces, alongside mighty wind turbines made of steel.In the open farm lands, a menagerie of animals graze all year round, proof that modern technological advances can coexist sustainably with nature.

I met Amaranta, a Mexican expat who first arrived here as an international student, through the small network of professionals in the city. Her decision to continue living in Groningen after graduating from the university was based on the refreshing feeling of belonging to an eclectic community of diverse cultures.

At the international department of the local primary school that our children attend, there are over 50 nationalities represented in the student population. ‘It is all organically formed,’ says Sue Beattie, the head of the department at the school. ‘Our doors are open to families coming in and going, transient as well as longer-term expatriates and the scene changes every term. You can never imagine the number of countries and languages represented each year.’ 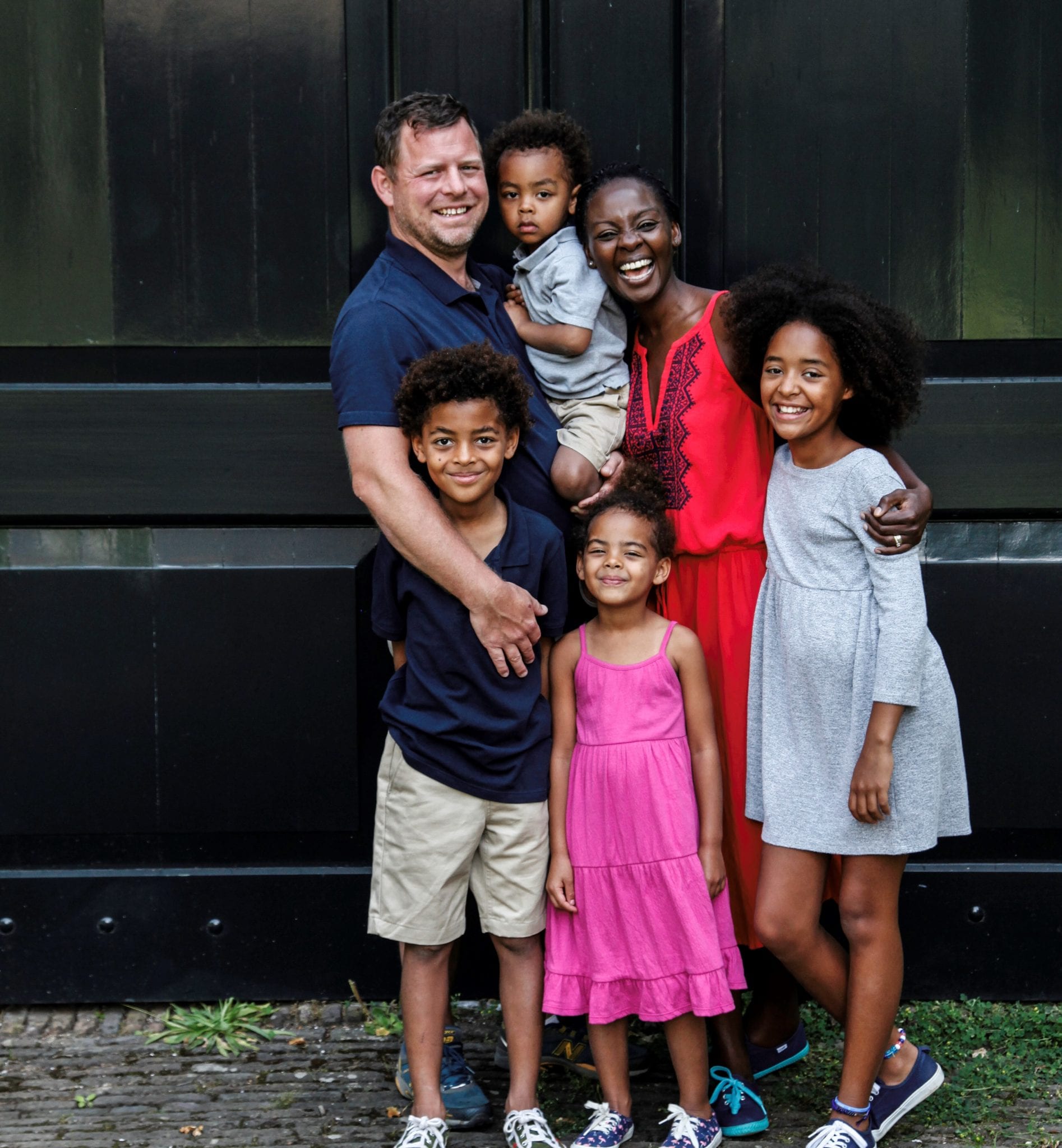 Founded in the Middle Ages, the buildings in Groningen are a constant reminder of a past long gone. It is a 21st century fixer upper, with futuristic innovative ideas abuzz at every corner of the city.

The Martinikerk, the city’s tallest tower is said to have withstood several gruesome battles throughout the last 400 years. Having been rebuilt three times, it stands defiantly in the middle of the city, as if to exhibit the Viking spirit still alive on the cobblestoned pavements.

The guttural accent of the resident Groninger can be a culture shock at first. But underneath those heavy, un-melodic syllables lies a much softer feature.

‘I think they have the biggest life and they live a simple life, something I really like,’ Amaranta remarked when I asked how well integrated she feels.

And she is not frightened by their forward-speaking demeanor. ‘Northern Dutch people have a huge heart. At first, they might seem rude and cold but once they get to know you they will be so open and festive.’

Standing outside the Airbnb that we had rented for the summer when we arrived, we were entranced in a state of peaceful silence, all our sense doing nothing else, but taking it all in. From the noiselessness of the cyclists, to the warmth of the late summer heat, the fresh air and the intermittent chiming of the Martinikerk’s bell tower, time had finally slowed down.

The deafening silence in the city was initially a strange adjustment to our ears accustomed to loud city traffic from all our moves. ‘Where are all the cars?’ our five year old, the youngest of our four children, wanted to know. A quick scan around revealed that indeed, the bicycle is the silent king of the cobblestones.

In the neighbourhood that we eventually moved into, an artist commissioned by the municipality has recently placed along the bike path various sculpted pieces for the public to enjoy. Meanwhile, our eight-year-old daughter brought home from school a handmade paper engraved with seeds. She will place the paper on the same bike path and once the seeds sprout and flower in the spring, the surprise of cycling along a sunflower field will usher in a new season.

When our family gathers around the dinner table at 6 pm Dutch-style, there is a collective, intuitive feeling, that this is where we are meant to consolidate our experiences as former serial expats.

Wakanyi Hoffman is a (former) serial expat, working in the humanitarian sector. She is a writer and editor: to read more of her work check out aglobalnomadshome.com and multiculturalkidblogs.com.

Leeuwarden: a rather unexpected place

Leeuwarden: a rather unexpected place