The foundations of a Napoleonic-era barracks were uncovered during construction works in Delfzijl, including a well which is still largely intact.

RTV Noord reports that the fort, which dates back to 1712, was found at the Vennenplein in Delfzijl. Archaeologists were able to inspect the shelter portion on Monday after the water was pumped out and discovered that it was completely intact.

The construction workers were on the site building a bridge to a city beach in Delfzijl. The barracks were built by the French to protect the city from an invasion by British troops. The discovery of the barracks was not exactly a surprise, according to alderperson IJzebrand Rijzebol. The city was aware that some portions of the the historic structure were located at the site, but they did not expect that it would be so intact. 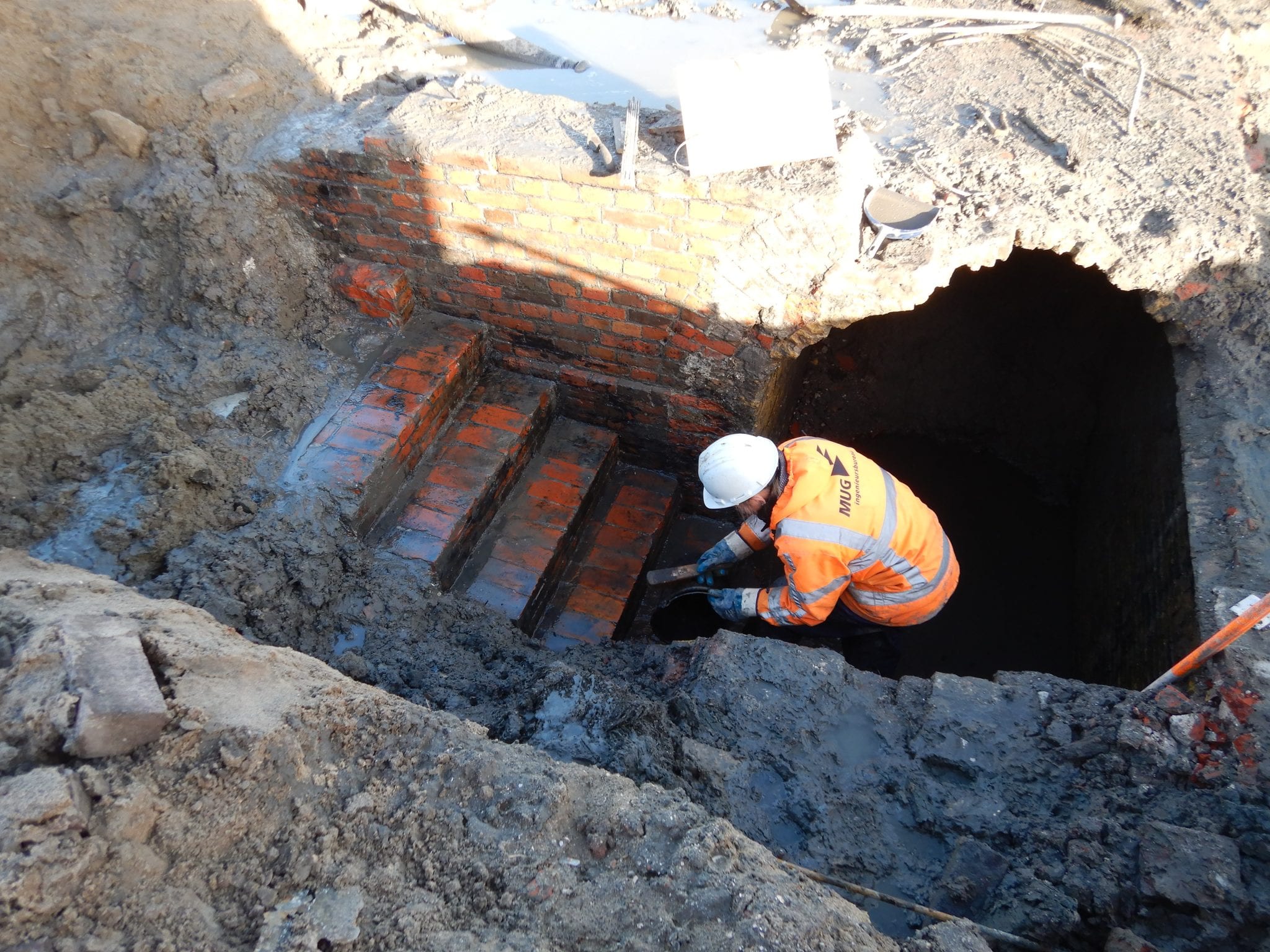 Delfzijl historian Berry Mulder told RTV Noord that at its peak, the barracks would have held 250 soldiers. After the French forces surrendered in 1814, the barracks were eventually used as a temporary location for a synagogue and a maritime school. The shelter, which was used by the soldiers as a water well, was also put to use during the Second World War as a bomb shelter.

Underneath the Great Barracks (Grote Kazerne), three separate water or supply chambers were built. The barracks were destroyed during the Second World War and their remnants were thought to be cleared out during construction on the site. Two of the chambers were identified, one of which was still entirely intact. The third chamber has yet to found.   Archaeologists will inspect the site in the coming days, but eventually the shelter area will be refilled with sand and the whole site will be covered by a dyke.

This story has been updated and photos have been added.

Correction: The headline of this article previous referred to the barracks as a 19th century site. They date back to the 18th century. The headline has been corrected.

New council may set aside millions to build Groningen tram